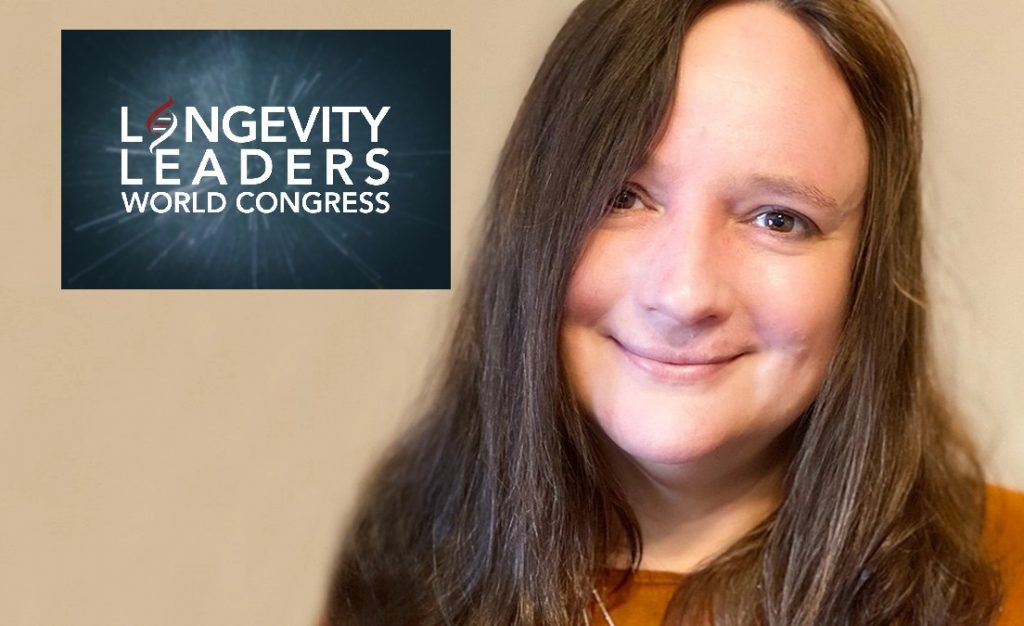 The Longevity Leaders World Conference kicks off at the end of this month, and brings the world’s most prominent regenerative medicine and longevity scientists. As well looking at innovation in regenerative medicine and longevity therapeutics, the conference will overview responsible drug development and how targeting skin aging and age-related diseases is commercialised.

Longevity.Technology: SENISCA is a biotech spinout company from the University of Exeter that is developing a new generation of senotherapeutic interventions to target the diseases and aesthetic signs of aging like skin aging. Senisca is innovating to restore the ability of cells to ‘fine tune’ the expression of their genes and thereby rejuvenate aged cells, and a new generation of oligonucleotide-based interventions are being developed to turn back the aging clock in old cells.

SENISCA’s Co-founder and Chief Scientific Officer Lorna Harries will be at Longevity Leaders, presenting on pre-clinical development via modulation of RNA splicing; we caught up with Harries to find out more.

Having just closed its second funding round and received strong support from its investor base, SENISCA is deep in R&D. Understandably for a company still partially in stealth, Professor Harries was limited in what she could reveal, but confirms SENISCA is making significant progress, with some “really exciting things” coming through the pipeline.

Skin aging is sometimes overlooked in the longevity space, but as the largest organ in the body (with the potential exception of the inside of the lung), Harries things it it shouldn’t be.

“Skin is the primary barrier between you and the outside, and amongst the first to display the signs of ageing in a way we can directly observe in a non-invasive and quantifiable way,” she says.

“Working on skin allows you to access your target organ directly without having to deliver your intervention systemically, and there are already well characterised outcome measures that can be applied to demonstrate effect. In terms of obtaining early, human in vivo data, it’s hard to beat skin.”

SENISCA is looking into rejuvenating senescent cells, rather than clearing them, but Harries says deciding on the best course of action depends on the end goal and what is trying to be achieved.

“I think whether you are looking to rejuvenate or clear will depend on what you are actually trying to do,” she says, explaining that there are advantages and disadvantages to both. “In some cases, clearing senescent cells is going to be the better option, but in others, such as cell poor tissues, or sites where you really need to preserve tissue integrity, a senomorphic approach might be better.”

There are situations where lots of debris from apoptotic cells floating around isn’t ideal, particularly if processes such as autophagy, designed to remove those debris, are compromised. “In my view, the best option is to preserve the cells in situ, but to stop them doing the bad stuff that’s causing the problems,” Harries says. “Using our tech we are able to uncouple the different aspects of senescence, so we can rejuvenate and attenuate the SASP without actually inducing the cells to divide, which you might not want, because they cells may still have some features of ageing.”

In a previous interview, Harries discussed the view that splicing factors could be considered to be an additional hallmark of aging and she is seeing others coming to the same conclusion.

“If you look at the criteria for a new ageing feature to be classified as a hallmark of ageing from the original description, there are three conditions that need to be satisfied,” she explains.

“Firstly, a hallmark should be something that occurs during normal ageing. We (and others) have shown that the genes that control splicing decisions are amongst the most dysregulated genes during ageing in humans, and aberrant splicing is known to be prevalent in both ageing itself and in age related disease. We’ve shown this in humans, but also in other species.

“Secondly, experimental aggravation of hallmark should accelerate ageing. We (and others) have shown that knockout of the genes that control splicing decisions induces senescence in primary human cells, and experimental animals lacking some of these genes demonstrate accelerated ageing phenotypes. Finally, experimental amelioration of a hallmark should retard ageing phenotypes. We have shown that restoration of splicing regulator expression is able to reverse features of senescence in human cells of several different types including skin and lung fibroblasts, endothelial cells, and more recently bronchial epithelial cells. Others have shown that overexpression of these genes in animal model systems can extend lifespan.”

Harries thinks the strength of evidence for dysregulation of splicing to be classified as a hallmark is at least as strong as it is for some of the original hallmarks – and her reasons are compelling.

The splice of life

Splicing factor expression declines as we age; exactly why this happens and what can be done about it is something with which SENISCA is making steady progress having shown that the genes that encode splicing factors are regulated at least in part by the cellular signalling pathways that convey information about what’s happening outside the cell to the inside.
“It makes perfect sense when you think about it, because regulated splicing is essential for cells to respond to their environment, and they need to be able to sense that environment to change splicing patterns to respond to it,” explains Harries. During aging, those pathways are constantly activated by external signals – and ones that are associated with ageing such as DNA damage, inflammation, reactive oxygen species,etc.

“Over time, I think we become less able to turn those pathways on and off as we need them, and this results in constitutive and unresolved activation of the pathways which by and large are negative regulators of splicing factor expression,” says Harries, who says there will also be other explanations. “In our blood data, over 80% of the genes altered by ageing are downregulated, which is because it’s usually easier for mutation to inactivate than activate genes.”
So what can be done? Harries explains the activity of those signalling pathways can be attenuated, but this can be difficult, because as well as being necessary, they are involved in many other things. “What we are doing is to look downstream of those pathways at the genes and processes which are closer to the splicing factors in regulatory terms, and influence those, either with small molecules or with target oligonucleotides to block the interactions,” she says.

In order to affect signalling pathways, SENISCA is pursuing targeted oligonucleotide interventions, and Harries says there are a number of reasons for this approach.
“If you don’t know the precise genes and pathways you are targeting, a small molecule is a good bet,” she explains. “But by definition, those interventions may target other genes and pathways that you don’t necessarily want to target!” However, if you know what the genes you want to target are, as SENISCA does, then a direct approach has lots of advantages.

“Oligos influence a specific target point in your gene. You can use them at very low doses, with exquisite specificity; off target effects are much rarer,” explains Harries. “You can conjugate them to targeting proteins, or include them in targeted nanoparticles which can deliver them directly not just the tissue of interest, but in some cases to the cells of interest. Finally, compared with a new small molecule, the chemistries and PKPD properties of oligos are pretty well understood now, because the specificity comes not from the chemistries, but from the sequence. You can deliver them systemically (although this still remains quite challenging as everything goes to the liver), or you can use them locally very effectively, with little or no distribution to other organs.”

The fourth annual Longevity Leaders World Congress takes place 26-27 April in London, UK.
Find out more about the exciting line-up HERE and Longevity.Technology readers can benefit from a 25% discount – simply use the code LT25 when booking.