News > FeaturesSenolytics rejuvenate the regenerative capacity of the heart 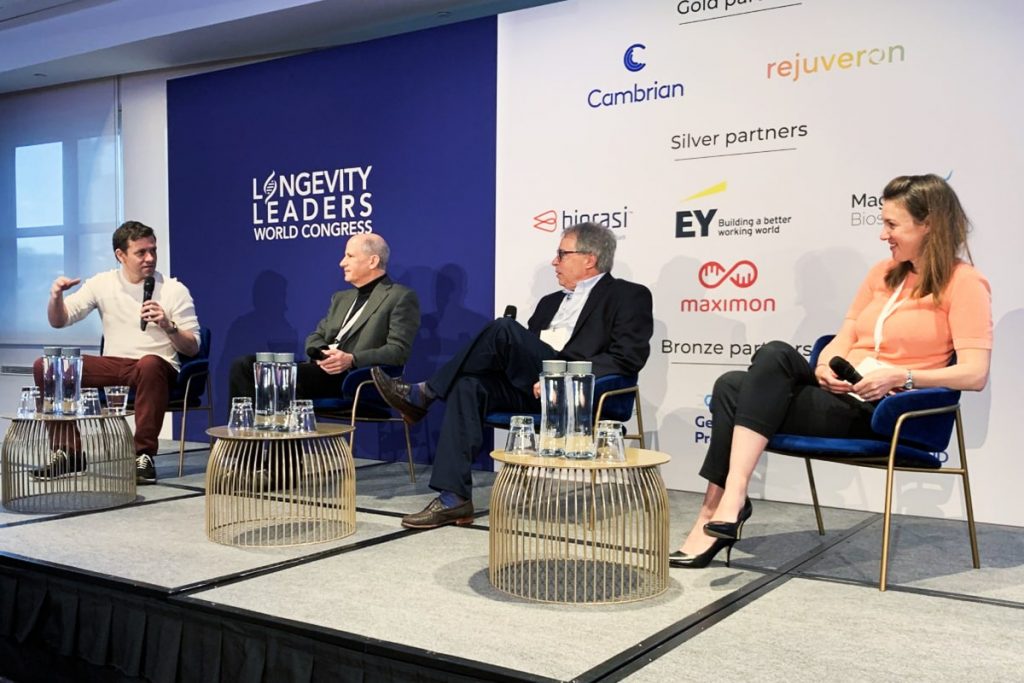 Speaking at the Longevity Leaders conference earlier this year, King’s College London Professor Georgina Ellison-Hughes shared a fascinating insight into her work to establish the adult heart as a self-renewing organ with regenerative capacity.

Longevity.Technology: The heart is generally considered a “post-mitotic” organ, or one without regenerative capacity. As we age and encounter chronic disease, senescent cells accumulate in the heart, just as they do in other tissues and organs. Ellison-Hughes’ work has shown that cellular senescence may impact the efficacy of regenerative therapies, and that senolytics have the potential to rejuvenate the heart’s capacity to regenerate. We caught up with the professor to learn more.

Cellular senescence is one of the nine hallmarks of aging. It occurs when our cells stop reproducing and enter a zombie state where they refuse to die – hanging around and causing problems throughout our bodies. Ellison-Hughes is professor of regenerative muscle physiology at King’s and in 2019 was co-author of a study in Aging Cell, which found that senescent cells impaired regeneration in the human heart.

One approach to solving the issues caused by senescent cells is the use of drugs called senolytics that target and kill them. And this is something that Ellison-Hughes and her colleagues are also exploring, both in vivo in mouse models, and in human cells.

Professor Ellison-Hughes is now focused on the translational work ultimately needed to turn science into medicine.

“We have devised these human cell co-culture in vitro systems, where we can test the effects of senescence and also the effects of senolytics on human cells,” she says. “We’ve shown that senescent cells can impair survival and proliferation of a variety of cell types found in the heart. When we treat the co-cultures with senolytics to remove the senescent cells, we see an improvement in cell survival, proliferation and improved angiogenesis. And we do these experiments in a human model, which is so important for us, to show translation.”

The need for caution

Professor Ellison-Hughes hopes to publish on this work in the coming months and is also looking at another potential paper on the effects of senolytics specifically on senescent cardiomyocytes (the cells that make up the heart muscle).

“One thing we have to be really about careful in the heart is if we start eliminating senescent cardiomyocytes with senolytics,” she says. “We’re then going to have a loss of cardiomyocytes, which recapitulates what you have with heart disease and injury. It could be a bad thing if we had a large reduction in cardiomyocytes because, even though they are senescent, they are still contributing to the function of the heart.

Ellison-Hughes feels that, in theory, this should be the case. But in an in vivo system, working in a real human heart, it’s not necessarily going to work like that. Senolytics will eliminate all senescent cells present, not just the ones locally in the heart.

“You’ve got lots of other things to consider, because it’s a multicellular system,” she says. “One thing that we’re hoping to do is to bridge the gap by testing senolytics on 3D cardio-organoid systems and also cardiac organotypic slices, which are multicellular intact tissue.”

“We can get human tissue of different ages, so we can see the effect of the senolytics – how they affect the different cell types in the tissue. And we can also co-culture the slices and cardio-organoids with senescent cells to see the effect systemically like we would be doing in vivo.”

As with many other researchers across the aging field, Professor Ellison-Hughes stresses the need for caution when moving forward into human therapeutics with drugs like senolytics.

“When do you say that person needs a senolytic?” she asks. “When they’re 60 or 65 or 70? But everyone ages differently, we all know the difference between biological age and chronological age. I might not have as many senescent cells as somebody else when I’m 65.”

Ellison-Hughes suggests that, alongside developing longevity drugs, we also need to identify biomarkers that can be applied to determine who is in need.

“These biomarkers need to be in some ways tissue-specific, because the things that increase in aging, also increase in disease,” she says. “And each tissue is different, so you have to be careful when you’re giving a senolytic, which is going to target all senescent cells in the body. We might end up with a bigger problem than if we left them there, especially in the case of the heart”.

Prevention is the future

This kind of thinking has led the professor and her colleagues to start looking at potential alternatives to senolytics.

“Rather than eliminating senescent cells, we’re also looking at reverting their phenotype,” explains Ellison-Hughes. “Which brings us into the world of reprogramming and the reversal of cells back to being something more useful.”

However, in her session at Longevity Leaders, Ellison-Hughes indicated she wasn’t convinced that cellular reprogramming was the future.

“I think it’s pretty tough to translate that kind of work, and even partial reprogramming is still problematic, because you’re still going to have a cell population that still retains the writing of its epigenetic marks and things like that. And we don’t know enough about how that influences their biology and their phenotype.”

Professor Ellison-Hughes proposes that a better approach is using the information we have on aging to prevent and protect us against the ravages of aging.

“How can we use that information to prevent and protect ourselves for longer so that our cells don’t become aged, they don’t become senescent, they don’t become dysfunctional? And could we give a drug that protects them? If so, we wouldn’t have to worry about reversal and reprogramming.”

To emphasise her point, Ellison-Hughes comes back to the core area of her career in research – the heart.

“Today, 50% of your cardiac stem progenitor cells become senescent by the time you’re 75, so you’ve lost 50% capacity for regeneration,” she says. “I’d like to be able to stop that from happening at 75 years old, and make it happen at 100 years old or older.  “That’s how I see the future of the field, and if I could carry on being a scientist until I was 100 years old, that’s what I would carry on doing. Prevention and protection is better than cure.”