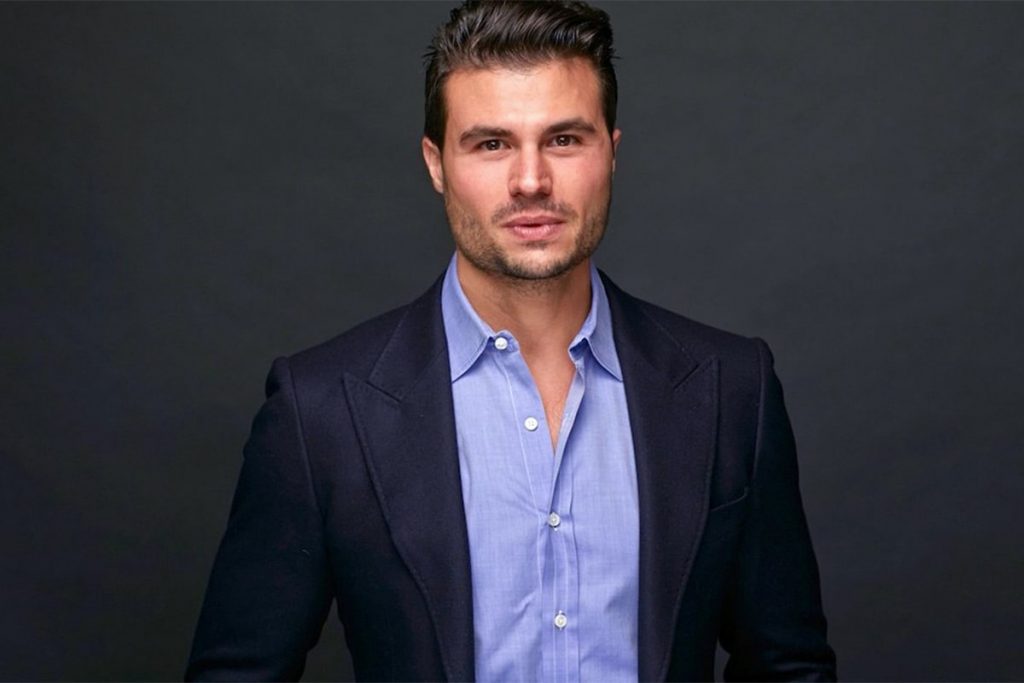 Ahead of the longevity curve – with studies demonstrating that NOVOS protects against DNA damage and senescence, founder Chris Mirabile discusses the findings.

Today we brought you the news that two studies have shown that the combination of ingredients in NOVOS’ products help the body to deal with senescent cells and to maintain healthy DNA.

Longevity.Technology: Longevity supplements should be grounded in strong scientific research. Companies that decline to rest on their laurels, but continue to research and better understand how their products are working – and how they could be improved – are the ones that really understand that improving healthspan and longevity is the real goal. Top product over bottom line.

We were delighted to sit down with NOVOS CEO and Founder Chris Mirabile to find out more about the results of these latest studies (one on DNA damage and one on senescence) and what they mean for NOVOS.

Millions of dollars have already been spent on research trying to find compounds that can have a significant impact on DNA damage, so one might have thought that NOVOS’ expectations of the study’s results would have been managed. However, NOVOS, like Aristotle, believe that the whole is greater than the sum of its parts.

“We explained to the researchers that NOVOS has a synergistic approach,” says Mirabile. “NOVOS has multiple ingredients, and we believe that their synergy has a better impact than the ingredients do on their own – synergies can be incredibly powerful for longevity purposes. When the research team expressed their surprise at the findings, this was a good sign that the results were beyond ordinary.”

Experimenting on human cells with a range of different concentrations of NOVOS Core and NOVOS Boost formula, the researchers discovered that damage to DNA from irradiation was reduced by up to a whopping 77% and on average by 68%.

The other study, also on human cells, was carried out by Professor von Zglinicki at the University of Newcastle, a renowned expert on senescence and how it relates to mammalian aging.

Von Zglinicki’s research discovered that the NOVOS formula was able to reduce the size of senescent cells by, on average, 40%.

“Essentially, it was a senostatic effect,” explains Mirabile. “This means that senescent cells can be made less ‘senescent-like’, helping the body to better deal with senescent cells during aging – and in our estimation, this is a fantastic result.”

Senolytics, which eliminate senescent cells by rendering them vulnerable to apoptosis – natural, programmed cell death – come with downsides. Not only can there be unpleasant side effects, but the remains need to be recognised and cleared away by the immune system to prevent secondary necrosis.

Senostatic approaches, on the other hand, do not destroy the cell; instead, they suppress the toxic senescence-associated secretory phenotype, SASP.

“In our opinion, the senostatic approach is possibly the best approach at this point in time,” Mirabile says. “We don’t fully understand senescent cells, and as Dr Judith Campisi has shown, getting rid of all them can be dangerous – some of them serve a function. But, if we can prevent them from proliferating, reduce their size and thereby reduce the degree to which they have a negative effect, then that is a safer approach.”

Mirabile makes the point that rapamycin has been shown to have a senostatic effect, but is a much more aggressive drug than people are willing to take – safety is key to NOVOS’ philosophy.

“People are experimenting with the senolytic dasatinib + quercetin, but we ultimately decided against quercetin as an ingredient because it can have negative effects on healthy cells, particularly in high doses, for example, on stem cells,” he says. “We don’t want to cause harm to healthy cells, we only want to address the senescent cells. A senostatic approach balances the cost benefits of coping with senescent cells.”

Many of NOVOS’ ingredients act on multiple aging mechanisms, with a synergistic MOA being what the company feels is its USP.

“We try to address all ten hallmarks of aging with our formulations,” explains Mirabile referring to recent thinking that has added crosslinking to the original nine hallmarks.

“Crosslinking can cause aging, so we’ve included that in the mechanisms of aging we address. DNA damage is a driver of aging and it can drive senescence, in and of itself.”

“There’s no reason for us to expect that we won’t have a favourable impact on such a powerful mechanism as epigenetics,” says Mirabile. “We’ve always been very confident that our formulation had an impact on all the mechanisms of aging – we compiled a page with references to hundreds of scientific studies for each of our ingredients – now it’s a matter of further proving that out, and so we are going to let science answer for us. I believe that in these studies, we have the two first proof points that two of the more powerful mechanisms of aging are addressed by NOVOS – and in humans [1].”

The NOVOS formulation acts to prevent DNA damage – an ounce of prevention is worth a pound of cure, quotes Mirabile, but he explains that it also helps the body cope with any damage and to repair it.

“NOVOS contains fisetin, pterostilbene and ginger that can activate SIRT damage repair genes [2,3,4], as well as glucosamine, which can effect DNA demethylation, lithium, which has various epigenetic effects that are not sirtuin-mediated and glycine, which can impact the epigenome of the mitochondrial DNA,” Mirabile says.

Education about longevity is something that Mirabile and NOVOS take a keen interest in.

People that understand longevity and the mechanisms of aging are very aware of senescence, says Mirabile, but not so much in the wider world. “There is a need to educate people, to make them aware that there are reasons we get older, there are reasons we malfunction and there are reasons we get chronic illness,” he says. “We don’t necessarily know all the answers, but to be proactive with the knowledge we do have is vital. When it comes to reducing disease, extending lifespan and making people healthier for longer, we don’t have decades to wait – that’s the logic behind our synergistic approach.”

From a scientific perspective, these are just the first steps NOVOS is taking. The company is continuing to investigate the power and properties of the NOVOS formulations and has also filed patents in addition to NOVOS Core, which is patent pending.

“We have visions for additional products that will also take a very unique approach to address aging,” says Mirabile. “We hope to continue to demonstrate we’re ahead of the curve when it comes to longevity.”