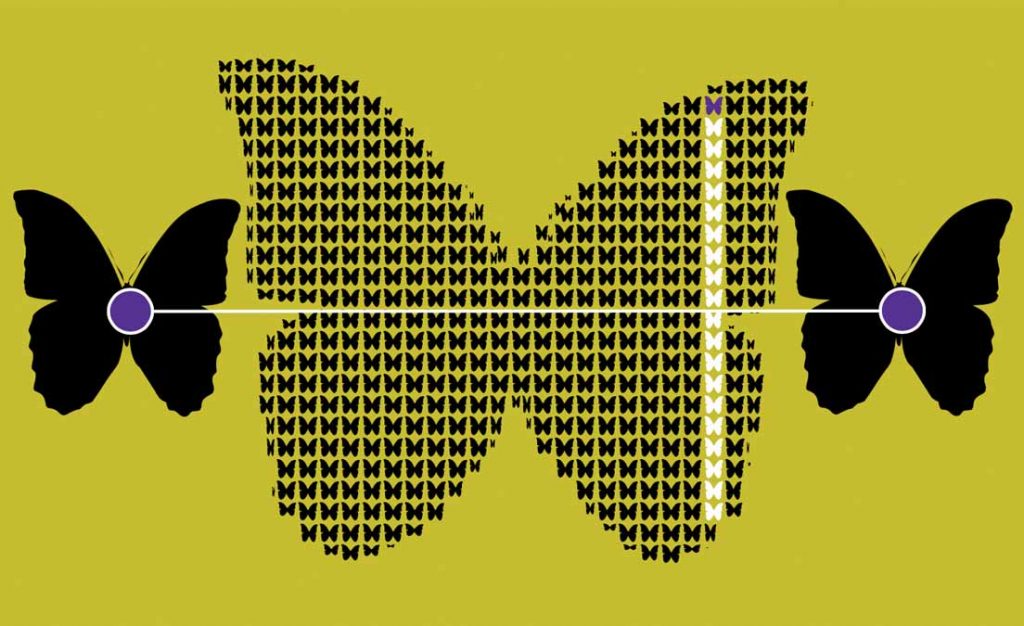 A simple cell ‘twitch’ can determine whether a cell retains its ‘be anything’ superpower or becomes allocated to one single role.

The butterfly effect is a popular analogy; a small, seemingly-inconsequential change, such as a butterfly flapping its wings in a rainforest, can have a dramatic effect on the way events unfold.

So, what do butterflies’ wings have to do Longevity (apart from our logo)? Well, a group of scientists at the Spanish National Cancer Centre (CNIO) has discovered that a stem cell‘s future can depend on just one single protein and that protein has the ability to bring about genome-wide change.

Longevity.Technology: Understanding pluripotency – how it is activated and how to harness its power – has great potential for Longevity applications. Being able to prevent aging, repair cells and tissue or regrow damaged organs. If you’re not a biochemist, you might want to grab a coffee to read this one:

The CNIO team, led by Dr María A Blasco, found that protein, TRF1, is responsible for the regulation of Telomeric Repeat-containing RNAs (TERRAs); TERRAs are long non-coding RNAs (ribonucleic acids) that have transcribed (mapped across) from telomeres. They affect certain genes that control the role cells are given in the early developing embryo [1]. TERRAs have the ability to influence pluripotent genes through Polycomb proteins, proteins that can alter the expressions of certain genes by tagging them with biochemical markers.

Some stem cells are pluripotent, meaning they can differentiate into different types of cells (neurons, white blood cells, muscle or bone cells) as well as being able to renew themselves [2]. Research into pluripotent cells – cells that have the power to become anything – has led to success in regenerating tissue for muscles and organs, as well as using these cells to develop therapies for age-related diseases [3]. Scientists have also been able to switch this pluripotency superpower ‘back-on’ in cells by triggering certain genes; however, this attempt at reactivating pluripotency failed if the TRF1 was not turned on. TRF1 is found in the telomeres, the caps on the ends of chromosomes that function like the plastic tags on the end of shoelaces and prevent DNA fraying, so why would they be essential for pluripotency?

Dr Blasco says: “We could not understand how a gene that deals with telomere maintenance has such a profound effect on a global process like pluripotency.” Dr Blasco and her team decided to prevent the expression of TRF1 and analyse the whole genome with various random searches to see if they could find out what was happening, rather like sampling a forest from a few random leaves. “We saw that TRF1 had an enormous, but very organised, effect,” explained Dr Blasco [4], going on to explain that her team observed many altered gene expressions, with over 80% of those expression alterations connected to pluripotency and many of the genes being controlled by Polycomb proteins [5]. She added: “These findings tell us that TRF1 is essential for reprogramming specialised cells and for maintaining pluripotency [6].”

Explaining their “unprecedented findings”, the researchers wrote in eLife that TRF1: “exerts a butterfly effect on the transcription of pluripotent cells, by altering the epigenetic landscape of these cells through a novel mechanism, which involves TERRA-mediated changes in the action of polycomb [7].”

To be able to harness the superpower of pluripotency is an important step on the road to Longevity.