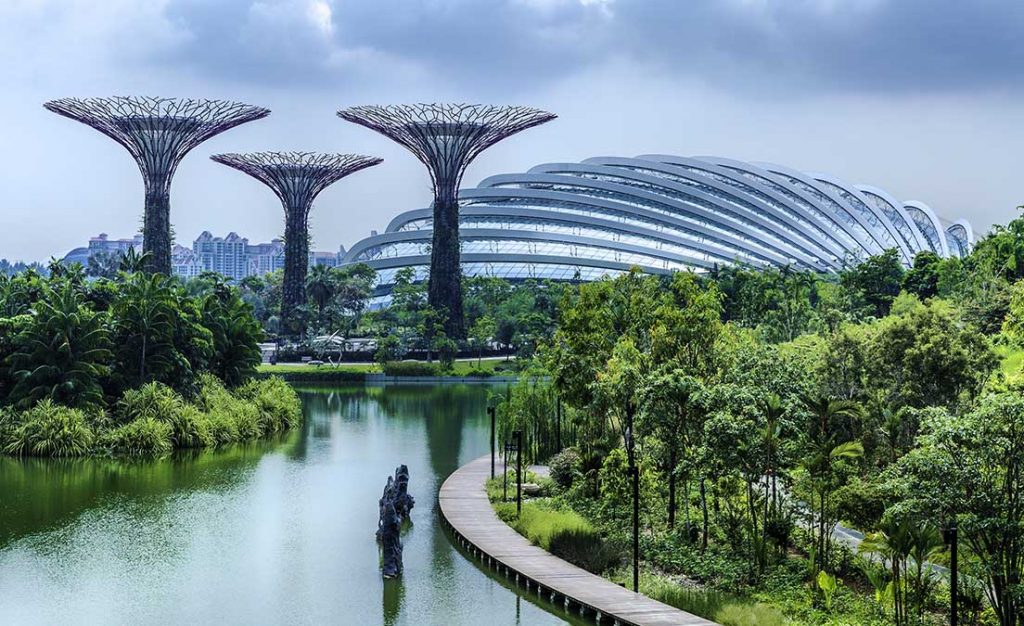 Prof Brian Kennedy: “One of the reasons I came to Singapore is that the government recognises the problem of aging.”

In this second part of our interview with Dr Brian Kennedy, Distinguished Professor at the National University of Singapore (NUS), he talks about his move to Singapore from the USA and about getting started on clinical intervention studies within the next six months.

Last year, Aging Analytics Agency highlighted Singapore as a potential Longevity biotech hub. Key factors in this include the country’s government-driven action plans and also the way it has embraced the Agetech sector.

“The impressive thing about the Singapore government is that they think long term, and it’s very hard to find any government that thinks long term right now,” says Prof Kennedy from his office in the Department of Biochemistry and Physiology at the National University of Singapore. “It’s hard to really develop technologies that change the world if you don’t have long-range thinking. One of the reasons I came to Singapore is that the government recognises the problem of aging.”

“Japan is great at managing aging, maybe the best, but you don’t see a lot of people testing strategies … China’s coming on board and they’ll be on board in a big way …”

Singapore is somewhat unique in terms of its aging challenge: Most other countries have the possibility of immigration and other factors that might help to balance out the older population.

“In Singapore, it’s hard to put more people on this island,” explains Prof Kennedy. “They’re raising retirement age, but that’s not going to be that helpful unless these people are healthy and functional.”

One approach is to have better ways to manage aging in frail or dementia populations for example. Prof Kennedy agrees there is merit in doing this, but his focus lies elsewhere.

“We think the real problem gets solved by the next generation, doing prevention and keeping them from getting old and frail,” he says. “That’s kind of a revolutionary concept. It’s really doing healthcare instead of sick care.”

Prof Kennedy feels that the health system in Singapore, and in other places, probably puts the country in a better position than the United States to become a leader in Longevity.

“… I think it may well be that places like the UK and Europe and Singapore, where governments are putting a substantial amount of money into healthcare costs, will become the leaders in this revolution …”

“If I had a drug that extended lifespan and healthspan by five years and had no side effects, the US still wouldn’t quite know how to develop that because the healthcare system in the US is so screwed up,” he explains. “Whereas in Singapore, the government is spending money on people’s healthcare. If you go to them with a strategy that, even if they can’t make money off of it, they can save a lot of money off of it. So I think it may well be that places like the UK and Europe and Singapore, where governments are putting a substantial amount of money into healthcare costs, will become the leaders in this revolution, because they can see the benefits of it.”

“In the US, if you’ve got money and access to insurance, you get pretty good healthcare, but there are a lot of people in the US that don’t get good healthcare – the whole system has a problem,” he adds. “And I’m not sure how to fix that problem, so I’m going to try to fix the aging problem instead.”

Prof Kennedy believes in Singapore’s potential to become a Longevity hub is also supported by a relative lack of Asian countries taking an intervention based approach.

“Japan is great at managing aging, maybe the best, but you don’t see a lot of people testing strategies to slow or reverse aging yet,” he says. “China’s coming on board and they’ll be on board in a big way when they do but they’re still getting organised. So we need some place in Asia that can be a leader and in this longevity focus, and I think there’s a real opportunity for Singapore to become a leader. And I’m going to try to help it happen.”

From studies to the clinic

Key to making it happen will be getting new research to move from the lab into the clinic. Prof Kennedy is excited by the prospect of getting started on clinical intervention studies within the next three to six months, adopting a relatively unique approach.

“The idea is to take people that are still pretty healthy and test interventions to see if we can slow aging as a means to keep them healthy and no longer,” he explains. “In a sense, that’s kind of like a prevention trial, but the problem with prevention trials is that they’re usually huge trials that go for a long period of time and cost a fortune. The only ones that can afford these kinds of studies are the pharmaceutical companies and they are still struggling with the fact that age is not a disease. I think they’ll come on board eventually because at some point they’ll realise that the market is the biggest market ever, but right now they’re still dealing with the regulatory problem.”

What Prof Kennedy wants to do is to conduct smaller, shorter term studies that will give an idea of what are the best candidates – to try to get some validation that an intervention is working.

“My belief is that the interventions came from one direction and the biomarkers came from another and if that intervention can slow or reverse the biomarker, then we’ll really feel like we’re on the right path,” he says. “There may be a need to do a disease prevention study at the end of the road, but if we can use these biomarkers to stratify which candidate interventions work the best in which people. Then we’ll already have the stage set to do something bigger that we have a good feeling will work down the road.”

“… I definitely want to test rapalogs, because I think that’s the gold standard right now for slowing aging …”

The studies will start in very safe areas, including an exercise study and natural product studies like alpha ketoglutarate or NAD precursors that have good safety profiles.

“I certainly want to get to drugs, and I definitely want to test rapalogs, because I think that’s the gold standard right now for slowing aging in animal studies,” adds Prof Kennedy. “And that may be the second thing we get off the ground and running.”