News > EconomySir John Bell: ‘No health system in the world is currently sustainable’

Oxford professor explains how DNA and health data collected from 5 million people can help put prevention at the heart of healthcare’s future.

The adage ‘prevention is better than cure’ has never been more relevant. And yet, health systems across the world largely remain focused on ‘sick care’ and increasingly struggle under the burden of aging populations ravaged by multiple chronic diseases.

Recent news has emerged from the United Kingdom about a new project called Our Future Health. The first-of-its-kind study of the health of five million citizens is designed to create the most detailed picture yet of human health. By combining DNA analysis with health and lifestyle data, it is hoped that the programme will enable more effective ways to prevent, detect and treat diseases.

Longevity.Technology: Most chronic and age-related diseases begin long before symptoms show up, and are affected by many factors, including our environment, genetic predisposition and lifestyle choices. Combining information about these factors could help determine who is at risk of specific diseases. Our Future Health believes collecting and analysing this information has the potential to help shift healthcare towards a prevention-based model. To learn more at the programme, we spoke with its Chairman, Regius Professor of Medicine at the University of Oxford, Sir John Bell.

The model currently adopted by most healthcare systems across the world is designed to take symptomatic people with late-stage disease and modulate their symptoms to prolong their lives. Little focus is placed on the underlying pathologies that underpin the problems.

“That system has worked pretty well – very well in some domains, such as cardiovascular disease,” says Bell. “We’ve added around 19 years of life expectancy since the 1960s. But then you shift the demography, and you basically increase this massive burden of chronic diseases that people get in old age. Suddenly, everybody’s got two or three different chronic diseases. Before you know it, the health system is overwhelmed by late-stage disease that is very, very difficult to manage.”

“There’s no health system in the world that I think is currently sustainable, it’s all going to fall over. You only have to look at the NHS numbers, it’s bloody awful.”

Focus on those at risk

Bell says that the main change needed is to refocus healthcare on specific segments of the population, rather than everyone.

“What you need to do is concentrate your resources on the people who are going to suffer from a disease rather than the whole population,” he says. “Up until recently, we haven’t really been able to do that, because we’ve had to do everything to everybody, which is massively inefficient.”

There have been several key developments in the last five to 10 years, says Bell, that are now providing the ability to change the way we do healthcare.

“Thanks to large-scale epidemiology, we’re much better at understanding risk factors, which is very helpful,” he says. “And genetics hasn’t yet really played at scale, but it’s playing now, and it can be equally powerful as a predictor as all the other risk factors. So that’s another dominant piece of the puzzle.”

The power of prevention

“Things like circulating tumour DNA are all about identifying diseases early with biomarkers that detect the onset or the progression of these diseases at an early stage, well before the time they become symptomatic,” he says.

Combined with well-established measures such as blood pressure and cholesterol levels, these new developments and others provide a platform to support a prevention-oriented approach to healthcare.

“Now you can tell people at the age of 25 that they are in the top 5% of risk for cardiovascular disease, so they need to pay attention to it,” says Bell. “And it also helps you change the way your preventative interventions work. Risk-based screening has become a real possibility now. You can triage your screening programmes to focus on the top 20% of people at risk, and screen them early and frequently. Whereas if you’re in the lowest 20% risk group, you might not ever need to be screened.”

“For all the major chronic diseases, there is good evidence that early intervention produces a much better outcome,” he says. “That’s everything from mental health, autoimmune diseases, diabetes, cardio, metabolic disease, cancers, neurodegeneration – you name it.”

Given that all of this seems to make complete sense, is Bell optimistic that governments and health systems are ready to make to the shift towards a more prevention-based approach to healthcare? In a word, no.

“In fact, I think it’s exactly the opposite,” he says. “There’s a tendency for health systems to double down on the original plan, even though it’s pretty clear that the original plan is not going to work. The NHS, for example, spends almost no money on prevention – less than 1%.”

To illustrate his point, Bell uses what he calls his ‘Battle of the Somme’ strategy for healthcare sustainability.

“You have massive waiting lists, hospitals are full, everybody’s unhappy, so what do you do?” he asks. “Train 40,000, new nurses and 10,000 new doctors. Really? How does that work? That’s what they did in the Somme, they just sent more people, and they get slaughtered by the system. There’s a fundamental problem with how we’re trying to solve the problem.”

Solving the problem is exactly where Our Future Health started. The programme founders assembled a large committee, bringing together partners from across the healthcare spectrum – NHS, industry, charities, funders and beyond.

“We asked them where the field was going, and they all said it’s going to be about early diagnosis and prevention,” says Bell. “But what does that look like in real life? How would you go about it? How would you identify the people at risk? How would you encourage them to do X, Y, and Z? How would you measure those outcomes?”

In order to answer those questions, the group realised it needed to have access to cohorts of people who were at high risk of specific diseases. And those cohorts did not exist.

“What we really needed was a group of people who would participate in studies and get involved,” says Bell. “And that’s where the idea for Our Future Health came from. That was around 2018. And now we’ve launched recruitment in a serious way.”

In addition to providing their data to support vital research, volunteers joining the programme are given the option to receive feedback about their own health, including their risk of common diseases.

“This is a big project, it’s hard to do,” says Bell. “And we’re doing it on a shoestring budget, so that’s going to make it harder, but we’ve got a lot of support, and we’re optimistic we can make it work. In fact, even when we get to five million people, we’ll probably keep going if we possibly can.”

While some think that preventive health is something that only the wealthy can afford, Bell says that one of the goals of Our Future Health is to prove that it doesn’t have to be expensive.

“Our funding is all coming from charities, industry and conventional research funders, so it’s got to be low cost,” he says. “And that’s not such a bad thing, because it will test the concept that you can get this kind of data inexpensively, provide it to people and make a difference to outcomes. That’s the hypothesis. And the intention is to try and make it applicable to everybody.”

Live in the UK? Join the Our Future Health programme here. 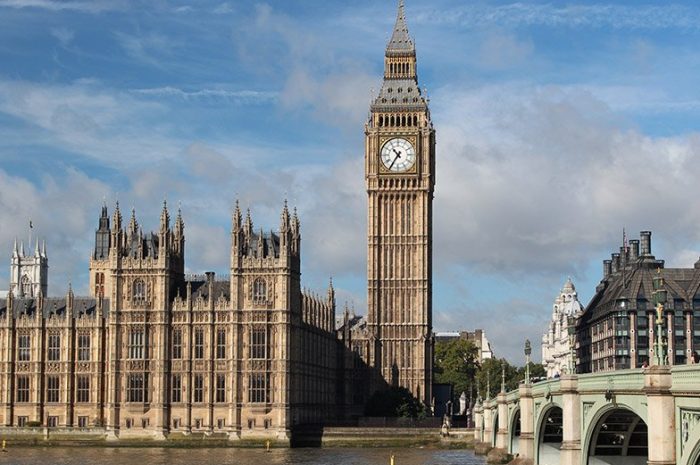 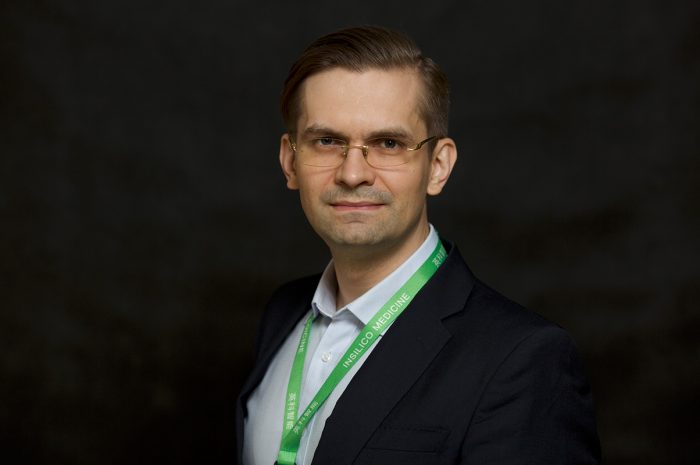 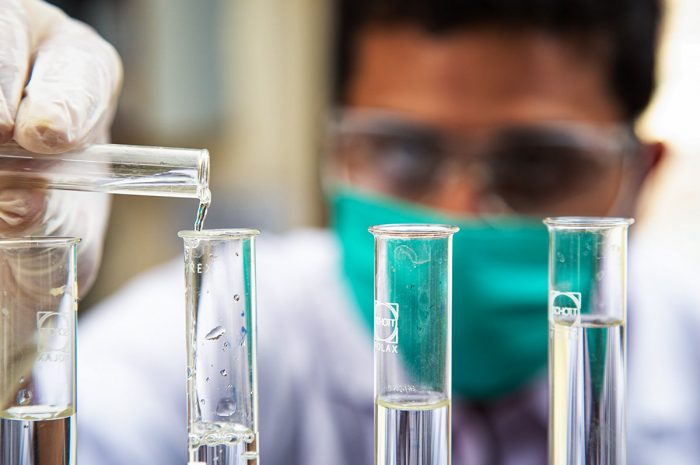 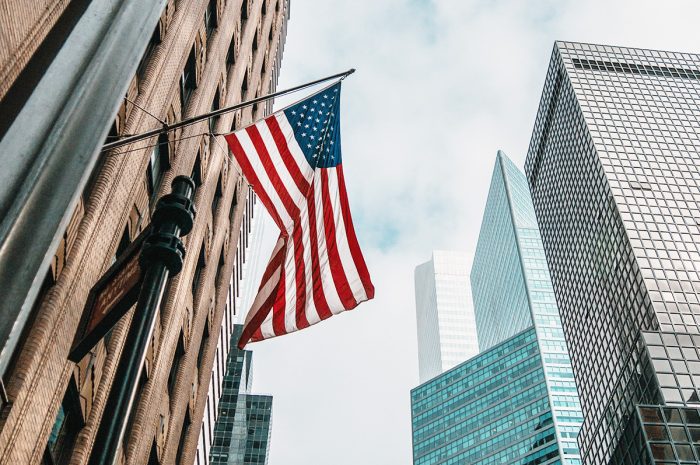 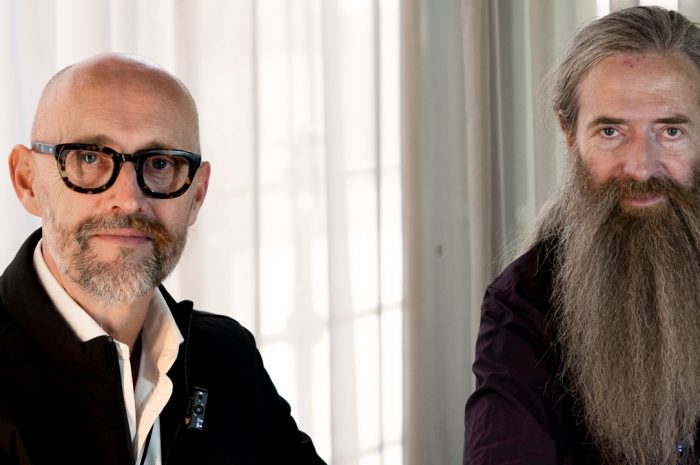