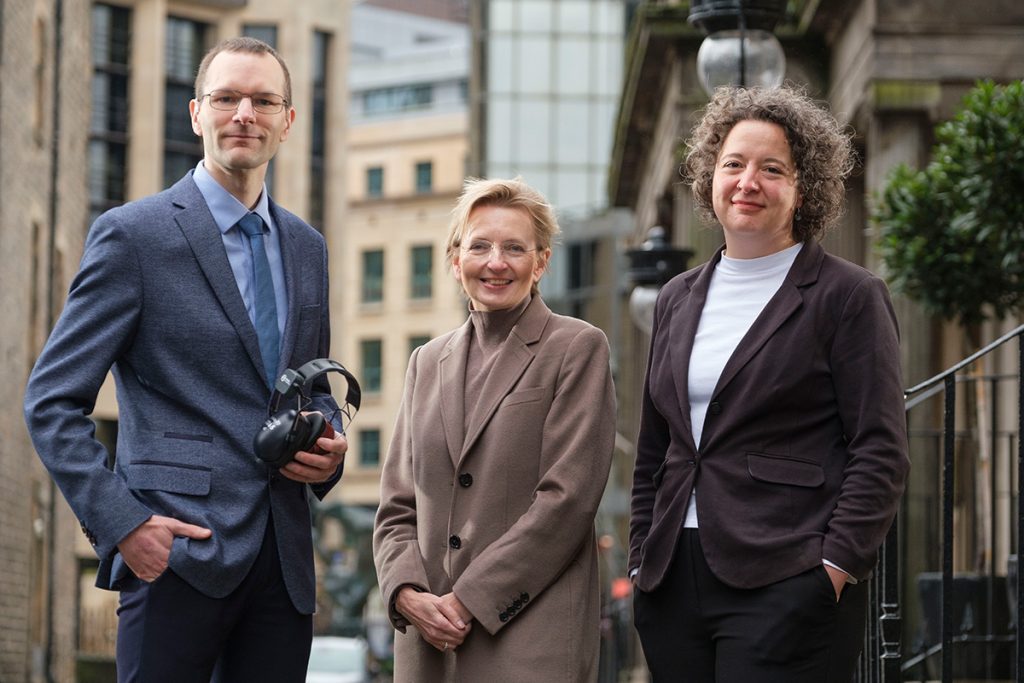 Healthtech company moves towards commercialisation in the domestic and US markets following Archangels-led fundraise.

The funding will unlock the spatial hearing screening technology’s market potential, and other funders in the raise include Scottish Enterprise through its Scottish Co-Investment Fund.

According to the World Health Organisation (WHO), one in 20 people worldwide experiences some degree of hearing loss. On average, individuals with hearing loss leave their hearing loss unmanaged for 10 years, and in the UK alone, 86% of affected individuals do not receive care for their symptoms. Unmanaged hearing loss can have severe consequences including social isolation, cognitive decline and an increased risk of dementia.

Hearing Diagnostics’ technology makes testing for hearing loss easy and reliable while being accessible outside a clinical environment. The company was established by Dr Claudia Freigang (CEO) and Dr Colin Horne (CTO) – who both come from a background in hearing research – and has used previous funding from Archangels to develop its Audimetroid screening technology and is now ready to take the product to market. To that end, Hearing Diagnostics, which currently employs five people, intends to expand its team through the latest investment round.

Hearing Diagnostics is targeting expansion into the UK domestic market through audiology retailers as well as high street optical chains which are increasingly building audiology capabilities. In the US, changes in regulations have seen the over-the-counter hearing aid market open up, creating significant commercial opportunities for early movers to capitalise.

Dr Claudia Freigang, co-founder of Hearing Diagnostics and a winner at the Women’s Enterprise Scotland Awards 2022, said: “Hearing loss usually advances slowly and unnoticeably and has severe consequences if left unmanaged. Our mission is to make reliable hearing testing accessible outside of specialist clinics to drive the early diagnosis of hearing loss and to ensure positive patient outcomes.

“There is a global market potential for our accurate Audimetroid hearing screening technology, and with the latest investment round led by Archangels, we can start unlocking that potential.”

“We understood the potential commercial opportunity early in the development phase and we’re pleased to continue our support into the next chapter of Hearing Diagnostics.

“This is technology is based on deep scientific research, early feedback from the market has been very positive and we are excited to see how the wider market as commercialisation builds.”