Spermidine: the science behind longevity supplements 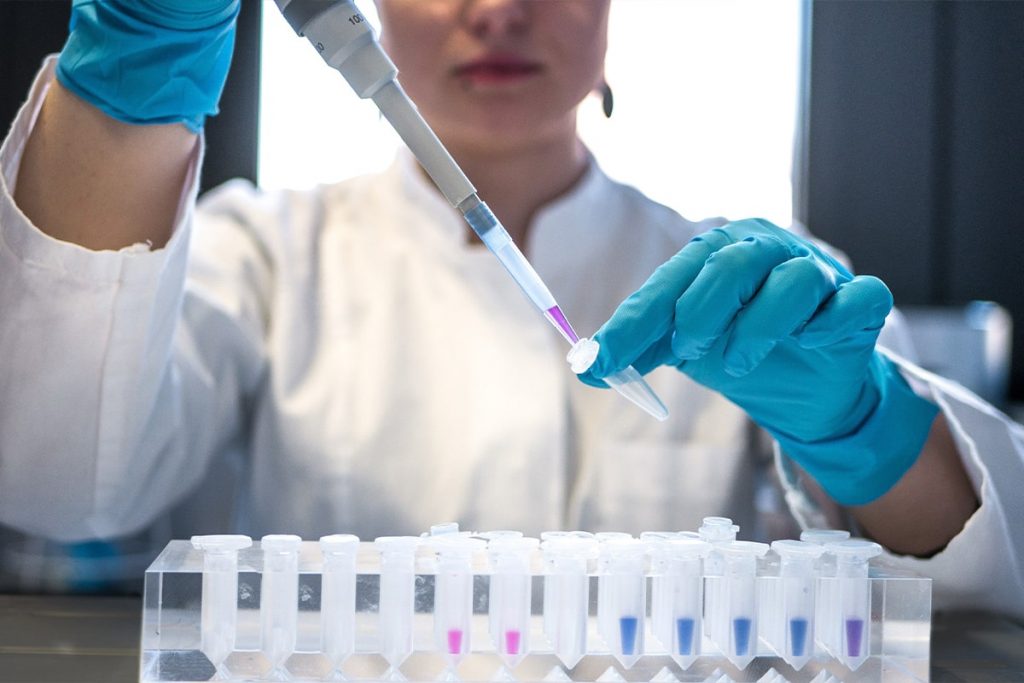 Supplements containing the active ingredient spermidine are associated with improved health and longevity. To be taken daily as part of a healthy diet and lifestyle, the longevity supplements mimic the effects of fasting on the body and induce autophagy, the process of cellular renewal. How do spermidine supplements actually work and what are their effects on the body?

Spermidine is a polyamine found naturally in the body that plays an important role in eukaryotic cell metabolism. It is also available in certain whole foods that should be included in a varied diet, for example, in wheat germ, mushrooms, cauliflower and soybean products. As we age, the body’s spermidine production reduces, further contributing to aging. This can be restored by eating a spermidine-rich diet or, more efficiently, by taking daily supplements. There are numerous spermidine supplements on the market in either tablet or powder form and varying in spermidine concentration. The active ingredient spermidine can be used in combination with other ingredients like wheatgerm. It is important to take organic supplements rather than synthetic ones, as these commonly contain filler ingredients that can accumulate in the body’s tissues and harm health over time. Being a compound that already occurs in the body naturally, spermidine has high efficacy with low toxicity, and has shown no negative side effects in clinical trials. Popular spermidine supplements on the market include Hydra Longevity‘s Healthy Ageing Essentials, Longevity Labs’ spermidineLIFE and Oxford Healthspan’s Primeadine.

Effects on the body

Unlike conventional dietary supplements that protect against nutrient deficiencies, longevity supplements like spermidine use active ingredients to work on the different molecular pathways in the body that affect aging. Aging is defined as an accumulation of damage over time that changes the body. These changes can be measured as the ‘hallmarks of aging’, consisting of the primary hallmarks that cause damage, antagonistic hallmarks that respond to damage and integrative hallmarks that are resulting phenotype of aging. Longevity supplements work on the pathways that control the hallmarks of aging, rather than the results of aging.
Spermidine improves the hallmarks of aging by inducing autophagy, the process of cellular rejuvenation. It works as a caloric restriction mimetic (CRMs), supplements that simulate the effects of fasting in the body [1]. This induces autophagy through the TOR kinase pathway, a process that regulates cellular metabolism and balances available nutrients when cells are placed under nutrient stress. During autophagy, cells use their damaged organelles to achieve cellular renewal, which is thought to have numerous antiaging benefits [2].

Proponents of spermidine would liken it to a fountain of youth captured in tablet form. While this is perhaps over-mythologizing its effects, spermidine can have holistic benefits to health and longevity. Aging is a major risk factor for developing illness like neurodegenerative disorders and cardiovascular diseases. Autophagy can prevent this by reducing inflammation and oxidative stress, which are known to cause damage in the body. This is thought to reduce the risk of age-related illness such as cancer and cardiovascular disease [1]. Furthermore, autophagy may also have positive effects on neurodegeneration; it can improve memory and prevent cognitive decline in older people by dissolving the disease-causing amyloid-beta plaques in the brain. With the global aging population becoming an increasingly pressing issue, spermidine supplements could become a major player in preventing age-related morbidity.

Spermidine can also improve the more physical signs of aging. One of the first spermidine supplements on the global market, Oxford Healthspan’s Primeadine, which combines spermidine with highly concentrated Japanese wheat germ, promises users thicker hair, longer lashes and faster nail growth, as well as improved signs of deep wrinkles. These claims have been legitimised by a study in mice that showed Primeadine enhanced nail growth and thickness by boosting keratin. Spermidine is particularly effective in skin antiaging and promotes the production of collagen, elastin and lipids in older skin cells, which can lead to improvements in skin structure and barrier function [3]. The presence of the spermidine-secreting Streptococcus bacteria in the skin biome, which is particularly common to the skin biomes of younger people, indicates higher spermidine levels that activate the transcription of genes that control skin improvement.

Caloric restriction through fasting is the main intervention by which we can increase health and lifespan in humans. As a CRM, spermidine supplements are an alternative way of increasing longevity through autophagy using the same methods of fasting but without the commitment and uncomfortable side effects. Furthermore, spermidine is thought to improve longevity by preventing telomere attrition and stabilising the mitochondrial DNA – both hallmarks of aging. Like all DNA, the mitochondrial genome (known as mDNA) in cells can mutate, leading to aging and limiting lifespan. Spermidine can stabilise and protect this mutating mDNA, and therefore holds promising potential for longevity applications. It is also associated with reduced telomere attrition, preserving the end caps of chromones that shorten with age and directly impact longevity. One study found that spermidine supplements protected telomeres in cardiac tissue from oxidative stress, a known cause of cardiovascular disease in older people. Future clinical trials could validate spermidine supplements as an efficacious longevity strategy through preserving telomere length.
While not a cure-all or a fountain of youth, daily spermidine supplements are an effective way to protect against the numerous effects of aging. As we age, our body accumulates heterogeneous signs of damage known as the ‘hallmarks of aging’. By inducing cellular renewal through autophagy in the same way as caloric restriction, spermidine can reduce the risk of age-related illness, improve the aesthetic signs of aging and boost longevity.
Read more about supplements in our FREE dedicated industry report here.