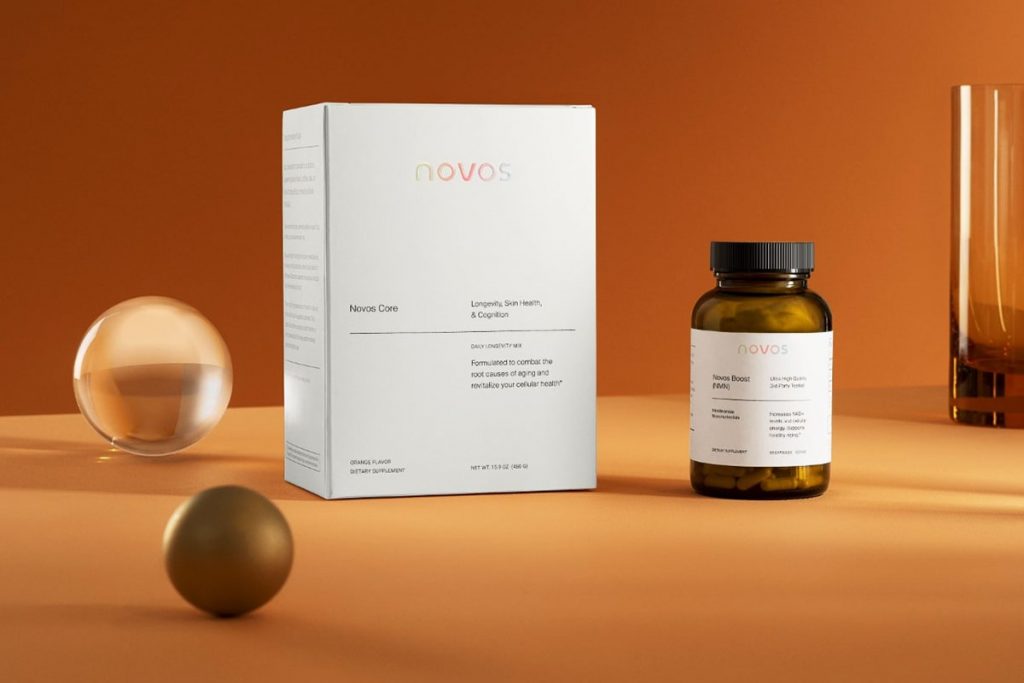 NOVOS, a company that develops science-based products to slow down aging, has announced the results of two studies demonstrating that the combination of ingredients in its products, NOVOS Core and NOVOS Boost, protect against DNA damage and cellular aging (senescence).

A study found that a combination of the 12 ingredients in NOVOS Core and the nicotinamide mononucleotide (NMN) in NOVOS Boost significantly protects cells against DNA damage over a wide dose range.

In the study, HUVEC cells (human umbilical vein endothelial cells) were treated with the
13-ingredient NOVOS formulation and then irradiated. Irradiation typically causes pronounced DNA damage. However, the cells exposed to NOVOS before irradiation had significantly less DNA damage after being exposed to radiation, as measured via 8-hydroxy-2′-deoxyguanosine (8-OHdG or 8-oxodG) levels. 8-OHdG is a measure of oxidative DNA damage. When DNA gets damaged, 8-OHdG is formed.

Treating cells with NOVOS was able to reduce DNA damage as measured by 8-OHdG by up to 77% and on average 68% compared to controls (figure 1).

Researchers demonstrated that the NOVOS formulation protects against DNA damage over a wide range of doses, an effect mediated by DNA protective effects of multiple NOVOS ingredients at different doses and synergy between ingredients.

Another study was conducted at the Ageing Research Laboratories at Newcastle University in the UK, an institution specialised in cellular senescence and aging. The study, which was was completed under the guidance of Dr Thomas von Zglinicki, Professor for Cell Gerontology at Newcastle University, found that the combination of multiple NOVOS ingredients could help the body better deal with senescent cells.

Senescent cells occur during aging and play an important role in the aging process. These cells accumulate various forms of damage, including DNA and epigenetic damage, and secrete substances that harm healthy surrounding cells.

Research has shown that countering senescent cells using senostatic drugs (which suppress senescent cells) can support the body to deal better with aging. In the UK study, researchers using cell size as marker for the senescent phenotype found that specific NOVOS ingredients had a senostatic effect, while not impacting normal, non-senescent cells.

A senostatic effect comprising a reduction in senescent cell size has also been observed with rapamycin, a prescription drug associated with increased longevity in multiple animal models.

“As a data-centric, science-driven company, these early results are a great step forward for
NOVOS, further contributing to the validation of our formulations that improve human longevity by targeting the biological causes of aging,” said Chris Mirabile, founder and CEO of NOVOS.

“We look forward to seeing results from additional studies in our pursuit of effective longevity formulations validated by science.”