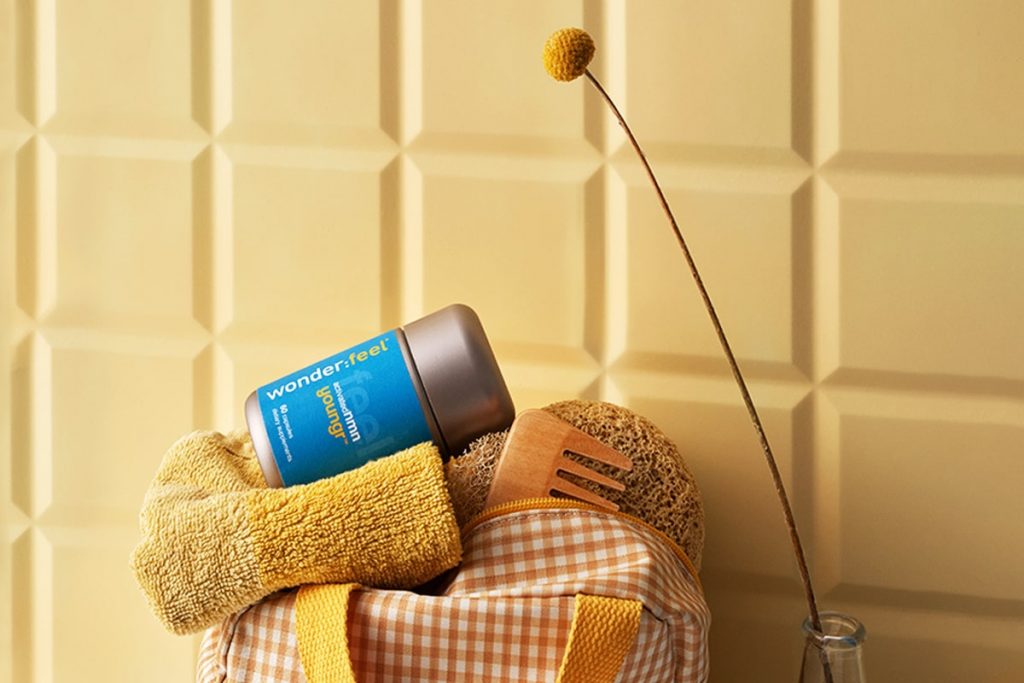 Clinical trials for supplements can be an iterative process – Wonderfeel’s Chief Medical Officer explains when to take the win.

Yesterday, we brought you the first part of our interview with Wonderfeel Chief Medical Officer and Harvard MD Andrew Salzman. Today we discuss hydroxytyrosol and clinical trials for Youngr, a new supplement that combines NMN with antioxidants.

Longevity.Technology: Founded in San Francisco in 2018, Wonderfeel is on a mission to accelerate wellness technologies through bioscience. Leading the science for the company is cellular health pioneer Dr Andrew Salzman; Salzman’s innovations include techniques to combat damage caused by inflammation and oxidative stress to human cells and DNA, as well as tissue damage caused by decreased mitochondrial ATP production. (Adenosine triphosphate, or ATP, is the energy-carrying molecule found in the cells of all living things.)

Antioxidants such as resveratrol and ergothioneine have had their longevity potential well documented, but hydroxytyrosol less so. However, hydroxytyrosol, one of the most potent antioxidants, plays a critical role in Youngr’s formula.

“Hydroxytyrosol has a wide range of benefits that include reducing bad cholesterol levels, preventing damage to DNA, increasing insulin sensitivity and has powerful anti-inflammatory, anti-tumor, and neuroprotective properties,” explains Salzman, pointing out there has been a number of studies looking at olive polyphenols and olive oil in Mediterranean countries.

“Studies of olive-derived polyphenols have looked at people with Alzheimer’s and multiple sclerosis, and documented dramatic benefits in neurological behavior,” he says, explaining that hydroxytyrosol is a proxy for those extracts from the olive plant.

“The hydroxytyrosol that we add is endowed and includes a mixture of other polyphenols derived from the olive plant which have been shown individually and in aggregate to have these really dramatic effects on general wellbeing and particularly neurological deficits,” he adds.

Click here to learn more about Wonderfeel and its new supplement Youngr.

Wonderfeel has partnered with Abinopharm, to analyse, interpret and release their preliminary findings from a large double blind study on the effects of NMN. Although not yet through peer-review, the findings are encouraging.

“It is the first time a study of this size has been conducted with blinding, and therefore it’s important,” explains Salzman. “The results are exciting. It shows particularly on functional outcomes, such as the Six-minute walk showing a measurable difference. It’s a great first step, but it’s not the last step.”

Salzman says that the study encourages more research activity, which is great for advances in longevity science, and although he feels the study is “a little underpowered” and would have benefited from more humans, there is much to be celebrated.

“The glass is three-quarters full. We can all sit here and pull our hair out about the last quarter of the glass, but my God, you know, it looks pretty good!”

Salzman makes the point that criticism can be around the double-blind methodology.

“In a classic study that would be done for the FDA, you would always have the same number of pills, called dummy pills, not just placebos and that’s perfectly fine to criticize if they want, but they’re missing the bigger picture, which is that none of the patients knew whether they were getting drug or placebo,” he says.

Explaining that in that sense, every single patient was blinded as to whether they were in an active group or a placebo group. “If there’s a difference between placebo and treatment, that’s legitimate,” he says, adding that differences between 300mg, 600mg and 900mg doses show a clear linear relationship between dose and effect.

“The more you give, the better off you are,” he says. “When you see a dose-response in any kind of experiment, that lends credibility and greater weight to the findings. Seeing a dose-response is a very important and reassuring finding from this study.

“So let’s not be too greedy here. Let’s take the win with a single, not a double. And then next time there will be more money available for a larger study, with tighter design and better biochemical workup yielding better results, but this is a great first step.”

Wonderfeel is also planning its own study which will further progress research in this area.

“When we do our clinical trial, we will carry out a larger study, it would be powered better,” says Salzman. “We would double the number of patients at least, and that would allow us for greater statistical significance of the active versus the placebo and the comparisons. This would lead to greater confidence in each of the dosing groups being different than another dosing group.

“In addition, we would have a few more biochemical measurements, and we will look at muscular strength and endurance. There could be significant changes in the mitochondrial function and muscles, so we could see changes in the grip and strength when it’s measured properly.”

“There are many different ways to look at cognition that are well-validated,” explains Salzman. “Our trial will measure response time, latency, which is a measure of mental acuity, memory, counting backwards and figuring out puzzles. All of these well-validated psychological tests are designed to assess mental health.”

There will be a wider aspect to the study, too. Salzman plans to look at populations with diseases, studying people who have diabetes, fibromyalgia or chronic fatigue syndrome, as well as people suffering from depression or psychological problems.

“There could be many subpopulations with various maladies which might really benefit from our formula – perhaps much more, in fact, than healthy people,” Salzman explains. “And that would be exciting to think that we could help people who are impaired in some way, people who are ill. There’s a tremendous upside to studies that can be done.

“They will not be done all at once, but with time and money, we can broaden the scope of what this can do and try to help more people.”

Find out more about Wonderfeel and its new supplement Youngr – combining NMN and antioxidants to boost NAD+ levels and protect DNA.