News > AgetechTaking NAD+ to the next level

Taking NAD+ to the next level 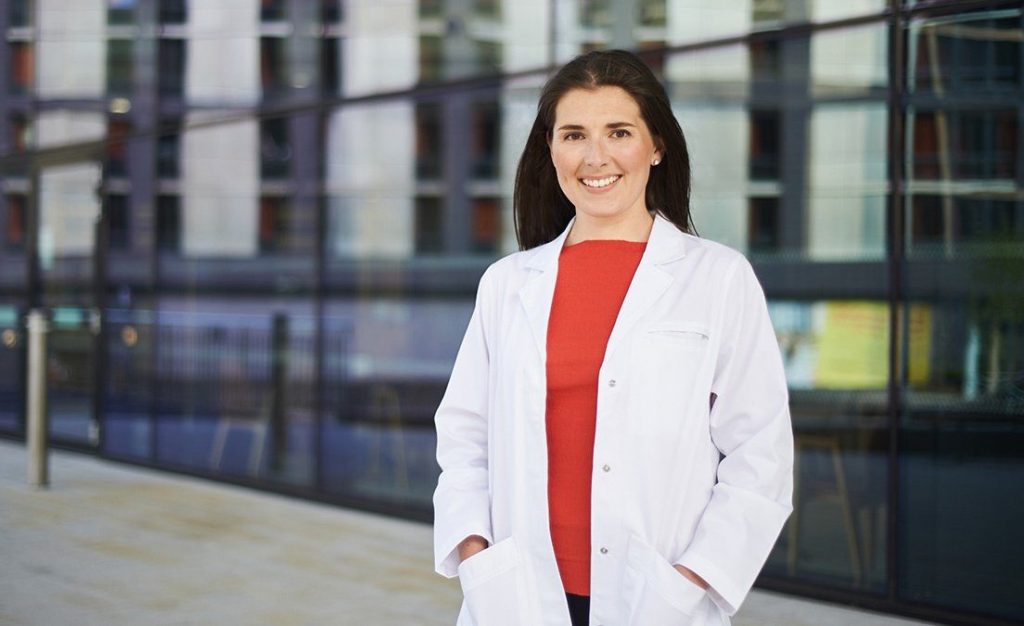 A new player in the NAD+ supplement market has arrived on the scene, in the shape of Nuchido, a UK-based company with a new approach to boosting this vital molecule in our bodies. The company claims its Nuchido TIME+ supplement boosts cellular NAD+ four times more than any other product. We spoke with Dr Nichola Conlon, Nuchido’s co-founder and CEO to see how her company sets itself apart.

Longevity.Technology: The coenzyme called nicotinamide adenine dinucleotide, better known as NAD+, is a molecule found in every cell in our bodies. NAD+ plays a key role in many important biological processes, from converting nutrients into energy to helping keep our cells in good working order. But it also unfortunately declines as we age, and research increasingly indicates maintaining high levels of NAD+ can help combat the effects of aging, making it a hot molecule in the development of Longevity therapies and supplements.

Conlon is a molecular biologist, specialising in the study of aging, and received her PhD in Physiology from Newcastle University, home to Europe’s largest institute for aging research. But it was a meeting with the SENS Foundation’s Aubrey De Grey that spawned the idea that led to Nuchido, after De Grey took interest in the systems pharmacology approach she was working in at the time.

“Systems pharmacology is a newer and better way of doing drug development because, instead of just trying to isolate one single target in the cell and stick a single molecule to it, the way that we did things was to say, ‘Ok, if there are multiple things going on in the cell, then how can we target these multiple things at the same time?’” explains Conlon. “Aubrey was particularly interested in the way we did it, because aging is an incredibly complicated and complex disorder, and he wanted to know if we’d ever thought of trying to address aging using the model that we use for drug development.”

“There were all these great natural molecules and, more importantly, combinations of molecules that worked really well together, but would never make it to the light of day because a drugs company would never pursue them.”

After exploring the area for over a year, Conlon realised there was a lot of potential in leveraging the systems pharmacology approach in aging.

“When we were doing screens for molecules that could improve healthspan, we were finding that a lot of the things that worked really well weren’t necessarily drugs,” she says. “There were all these great natural molecules and, more importantly, combinations of molecules that worked really well together, but would never make it to the light of day because a drugs company would never pursue them.”

Conlon realised that there was an opportunity to bring the benefits of these molecules to the public much faster, without having to follow the traditional drug development model. This led to Nuchido being founded in 2017, with renowned biogerontologist Tom Kirkwood [1] heading up its scientific advisory board.

“The whole purpose of our company is about using our background in drug development and all of our skills there, and translating that science into consumer products that actually have good science behind them and are efficacious,” says Conlon. “We’ve turned the whole thing that we do on its head. So when we do the molecular discovery, instead of looking for things that are drugs, we’re looking for things that aren’t drugs, and looking for molecules that we can get out to people quickly.”

Three years on, and Nuchido has gone from a standing start to getting its first product to market – a NAD+ boosting supplement called Nuchido TIME+. Conlon is quick to stress that this product is a good example of how the company’s approach sets it apart.

“… we’ve looked at what’s happening in the cell to make the NAD decline and focused on fixing that rather than just putting in more raw material.”

“All the other companies that are bringing out supplements to boost NAD levels take a single target approach,” she says. “Their key ingredient, nicotinamide riboside, is basically the raw material that the cells use to make NAD. So their way of trying to boost cellular NAD is simply by supplying the cells with more raw material, and hoping that the cells turn that into more NAD.”

“But the problem is that all the science now shows that the reason that your NAD levels decline with age is not because you’ve got a lack of the raw material that the cell needs, it’s the fact that, as we get older, the cell becomes less efficient at converting that raw material into a NAD molecule.”

Conlon likens the situation to that of a factory with a production line issue. Rather than trying to increase production, it’s better to focus on fixing the underlying problems.
“That’s what we’ve done with our product – we’ve looked at what’s happening in the cell to make the NAD decline and focused on fixing that rather than just putting in more raw material,” she explains. “Our product contains a combination of ingredients that are designed to target all those multiple pain points in the cell that are actually going wrong.”

“All the other companies that are bringing out supplements to boost NAD levels take a single target approach.”

Nuchido TIME+ contains ingredients that upregulate the expression of the key enzymes, while simultaneously downregulating those that are wasting NAD and trying to remove it from the cell by methylation. Oh, and it provides the raw material as well.

“When you take that multi-targeted approach, you can actually boost NAD levels by much more than just by putting in the raw material,” says Conlon. “We’re basically switching back on the cell’s natural ability to make NAD. We’ve demonstrated that we can switch back on those processes, that key enzyme, and it does result in a bigger boost of NAD.”

Nuchido claims its supplement can boost the body’s NAD+ levels by an average of 242%, which is four times greater than any other supplement. The company is currently engaged in a double blinded and placebo controlled crossover trial of 28 people, which it is hoping to publish by the end of the year.

The company is currently engaged in a double blinded and placebo controlled crossover trial of 28 people, which it is hoping to publish by the end of the year.

“We’re looking at NAD levels in the subjects who are taking the supplement, but also what benefit does this have on those people?” says Conlon. “Looking at things like DNA damage, mitochondrial function, expression of sirtuins and things like that.”

Having only launched TIME+ six months ago, and with minimal marketing to date, Nuchido already boasts customers in 46 different countries – often people who are already taking NAD-boosting supplements and understand the value and science behind what the company is doing. Nuchido has just completed a funding round (of an undisclosed amount) that will be used to boost its marketing efforts, in addition to supporting its ongoing development work.

“Now we just need to get it out to the wider public, and, and really push the marketing efforts to talk about this new generation of NAD booster that works in a slightly different way to the ones that people have been used to and just educating people about that,” says Conlon. “And alongside that we also continue working on other multiple areas of longevity research and the other things we have in the pipeline.”

The next product likely to emerge from Nuchido’s labs is a drug development project for a senolytic compound that also leverages the company’s multi-targeting approach.
“Many of the senolytics just target a single pathway, so we wanted to do in a slightly different way,” says Conlon.

“Until the patents are all done and dusted I can’t go into exactly what it is that we’re targeting, but we have found senolytic molecules that work just as well as some of the other molecules that are out there at the moment but don’t have toxic side effects at usable doses. So that’s something we’re rather excited about.”
Watch this space!