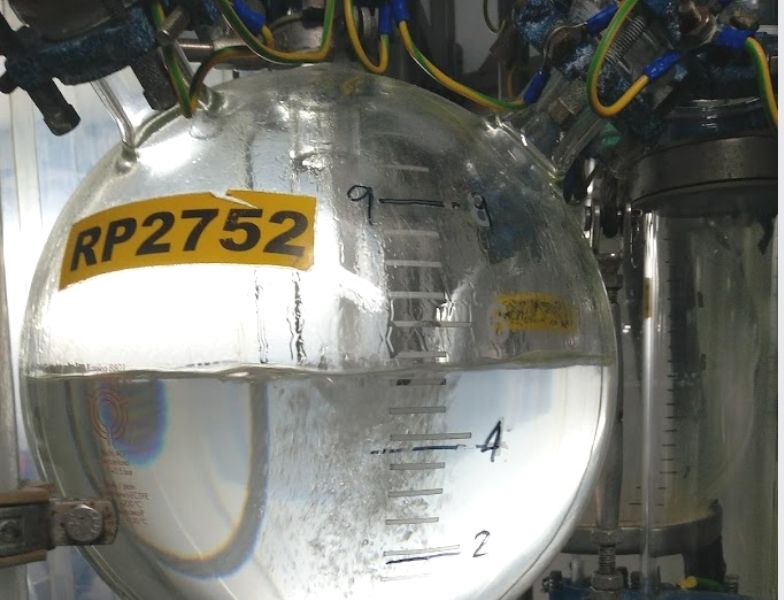 Following encouraging results from preclinical data and a recent pilot study, British startup Mitocholine is preparing to enter a clinical trial of its nutritional product designed to maintain healthy metabolism and support cognitive health. The company is currently raising £3.5 million in funding to take the product through the trial and into the market as a medical food product.

Longevity.Technology: With a breakthrough compound designed to improve the metabolism of the brain to address mild cognitive impairment (MCI), Mitocholine hopes be able to get to market faster by entering the medical foods market, which has fewer barriers to entry than a pharmaceutical route. We spoke with co-founder and CEO Larisa Andreeva to find out more.

Without new interventions, scientists estimate that by 2050 someone in the United States will develop Alzheimer’s every 33 seconds. Along with many other neurological diseases, Alzheimer’s is associated with the decrease of ATP (energy) production in mitochondria (the powerhouse of our cells) that happens in our brains as we age.

Proving the power of Mitocholine

Mitocholine is a patent-pending combination of two ingredients and metabolites Choline:succinate (2:1) (DISU) and nicotinamide, which work in synergy to target the energy drop, known as the “brain energy gap”.

“There is a clear link between ATP production and neurodegenerative disorders,” says Andreeva. “Mitocholine is the first and only novel composition of choline succinate salt and nicotinamide, which have been shown to have a synergistic effect to improve energy production.”

Succinate is linked to ATP production and produces the highest levels of energy when delivered in the form of choline succinate salt. Nicotinamide, when combined with choline succinate salt 2:1, produces a synergistic effect on ATP energy generation and on NADH levels, which are essential for healthy cellular aging.

“We have solid preclinical data going back 15 years, from major laboratories around the world, proving that the Mitocholine combination works as multi-targeted bioactive,” says Andreeva, referring to the key research conducted into choline salt by her co-founder Dr Igor Pomytkin, and its impact on cognitive decline. “We have also now shown in a pilot study that there is evidence of its systemic and cognitive effects in healthy humans.”

From pilot to proof of concept

The pilot study Andreeva is referring to was conducted with 20 healthy volunteers, who took Mitocholine daily for 12 weeks. In addition to showing a good safety and tolerance profile, the pilot demonstrated clinical improvement in mood, insomnia, focus and stress – all of which are factors associated with cognitive function.

“Following the positive results from the pilot, we decided to conduct proof of concept studies in patients suffering from mild cognitive impairment,” says Andreeva. “A nutritional intervention is a very physiological way of doing this, so we want to show that it has an effect on the cognitive outcome.

“Once we establish the outcome in people with mild cognitive impairment, then we would be able to demonstrate to the medical community that Mitocholine is a first-of-its kind cellular nutrient, working as a food for special medical purposes based on scientific and clinical proof of concept.”

The company is now raising funding for a 16-week double blinded, randomised, placebo-controlled proof of concept study in patients with MCI. The trial will be run by Atlantia Food Clinical Trials, using internationally accepted primary outcome measures for MCI, with preliminary results expected in six to eight months’ time.

“We know exactly what set of experiments we’re doing, in relation to the patents we have filed, in order to show that our composition not only has a positive effect on brain cells, in terms of boosting ATP, but that it also has systemic effects,” says Andreeva. “There are lots of other tissues which are full of mitochondria and our composition is multi-targeted, so we also want to show that Mitocholine can have an effect in other areas. Our long-term ambition is to deliver Mitocholine as an essential nutritional fortification and to make it widely available to health-conscious consumers.”

Ready to roll out to market

If the results from the trial are, as expected, positive, then Mitocholine will move quickly to bring its compound to market as a medical food.

“We know how to synthesise the ingredients, we have the production sorted and the regulatory approval, it’s safe, the toxicity level has been proven – all we need is to show the outcome,” says Andreeva. “We want to make Mitocholine accessible and affordable to everyone, so we will then be looking to partner with the big industrial producers of food and beverages to incorporate Mitocholine as an essential compound in human nutrition.”

Andreeva reveals that the company is already “in conversation” with major food and drink conglomerates. Her hope is that, one day in the near future, consumers will check to make sure their food products contain Mitocholine and food producers will want to highlight products that include it.