News > BiotechTelomere shortening tied to structural changes in the brain 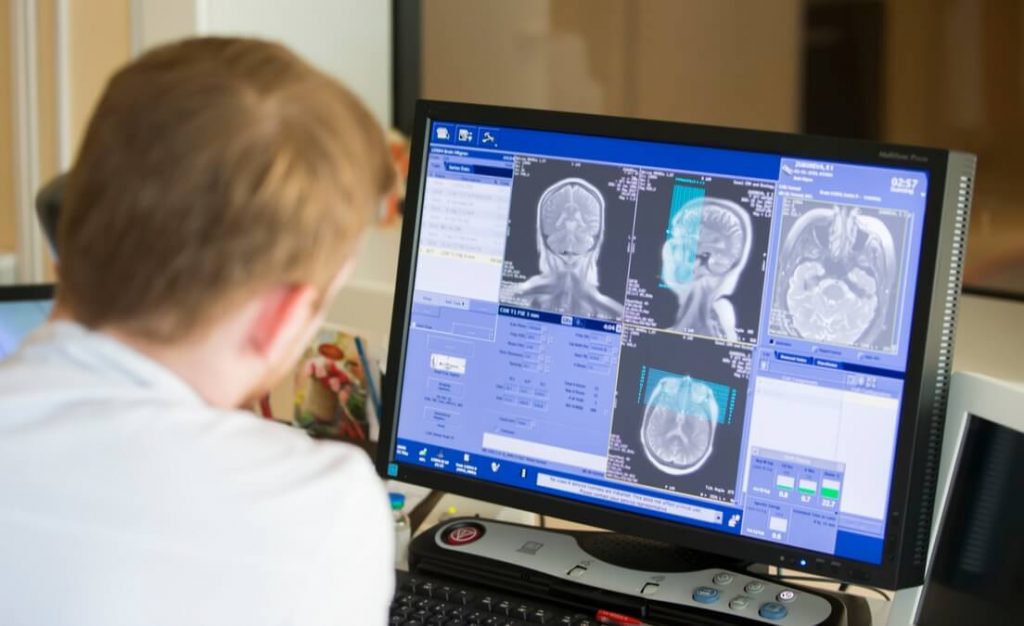 The tips of our chromosomes, known as telomeres, shorten as we age. Now a new study by the Max Planck Institute for Human Cognitive and Brain Sciences shows that when this shortening occurs, it is also reflected by a change in brain structure.

The researchers, writing in JAMA Network Open, also show that this change occurs much faster than previously thought, over a period of just a few months — and that it could even be reversed by mental training.

Whether this means that lengthening telomeres could go some way towards improving health (and even reversing the aging process itself) is still unclear. Scientists have long correlated telomere length to the biological age of an individual. The observation has allowed the Spanish National Cancer Research Center (CNIO) to predict species lifespan from telomere shortening rates; as well as sparking recent studies from Stanford, Exeter and Maryland and the NIH that found some success in slowing aging by tampering with the lengths of the chromosomal caps. The science, however, is very new — neither the telomeres’ mechanism of action upon biological aging, nor the efficacy of any therapy involving them, are very well known.

Longevity.Technology: The foundations of our knowledge on telomeres and aging are still being laid — slab by burdensome slab. This means results like this one are as humbling as they are heartening. It seems clear that some correlative effect to aging exists, and that we may be slowly grasping improved ways to manipulate it, but our insights also give us the mystifying sense that the more we know, the more we are aware of the subject’s complexity and our ignorance of it. Investors beware: those making claims around effective telomeric therapeutics probably don’t understand what they are selling. We just don’t know enough yet to verify the safety, let alone the efficacy, of these supplements.

The TRL score for the technology addressed in this article is:‘Principles are demonstrated through experimentation.’

“To explore whether a short-term change in telomere length, after only a few months, might actually be associated with changes in a person’s biological age, we linked it to another biomarker of aging and health: brain structure,” says Lara Puhlmann, a member of the Research Group ‘Social Stress and Family Health’ at the Leipzig Max Planck Institute. The thickness of the cerebral cortex typically decreases as we age. By combining MRI scans to measure cortex thickness with blood analysis to find telomere length, the researchers were able to correlate the thickening and thinning over time of the brain’s grey matter region to the lengths of individual’s telomeres.

These changes were recorded over a period of just three months, meaning that even short-term changes in telomere length could be mirrored by broader fluctuations in bodily health and biological age. “Across systems, our biological aging appears to change more quickly than we thought. Indices of aging can vary together significantly in just three months,” says Puhlmann. She insists, however, that the answers produced by the study are still far from contributing to a consistent picture. “We do not know, for example, which biological mechanism underlies the short-term changes in telomere length, or whether the short-term changes really have a longer-term effect on health.”

The work here dovetails interestingly with previous data from the same research programme, the ReSource Project, that showed that mental training, when performed over a period of nine months, can thicken certain regions of the cortex. The researchers made a similar attempt with the current study — submitting individuals to nine months of mindfulness and empathy-based mental training — but failed to find any impact upon their telomeres. Future investigations will have to find clearer answers of the activities and behaviours which actively arrest or reverse telomere shortening, and how much this reversal correlates to improved cognitive health. The routes telomere lengths take to act upon aging are still tantalisingly out of reach, but if studies like this one are anything to go by — we should all be heartened to find researchers asking more sophisticated questions. They may not be mere telomeres for much longer.