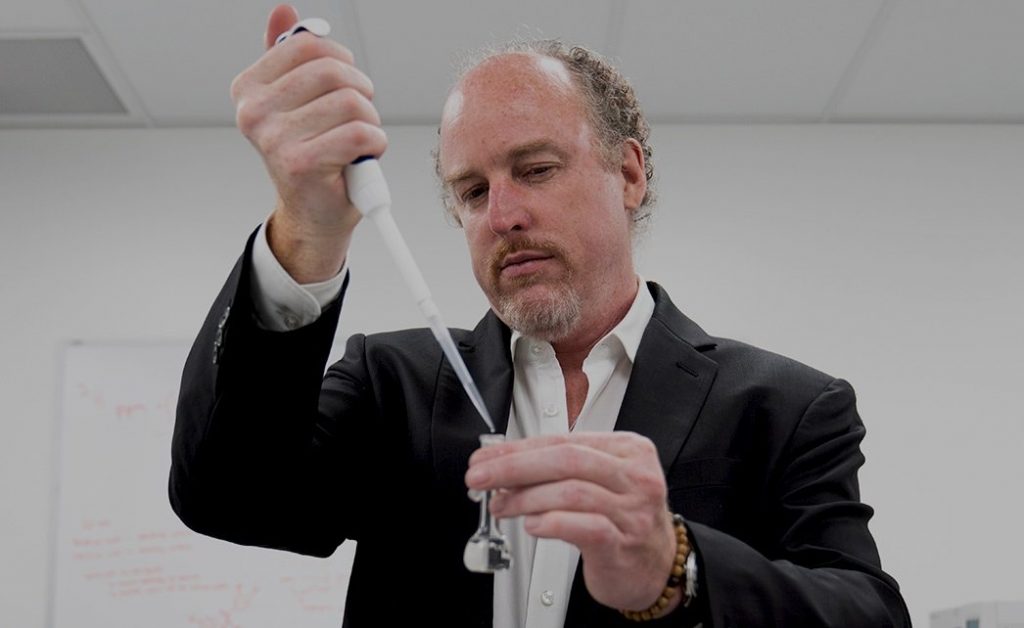 Longevity.Technology: Following on from our look at Quicksilver’s liposomal delivery system, we spoke to Quicksilver’s Founder and CEO, Dr Christopher Shade, to find out more about the company, what its plans are and what’s in the research pipeline.

Quicksilver began life as a technology for clearing mercury from the body; Shade wanted to boost glutathione (an antioxidant that prevents damage to important cellular components) levels as part of the treatment as levels are low in people with higher metal levels.

“It’s an antioxidant, it’s a detoxification chemical, it’s an immune chemical,” Shade says of glutathione. “I had to get that in, and that led me to the use of liposomes as a delivery method.

“The format worked so well, we started expanding and putting more and more plant extracts and molecules into this programme – metabolic health, mitochondrial health, immune products … We just spread on this platform of using this high bioavailability delivery system, and then creating using biochemistry to put together, either single products, or groups of products to address different triggers in your body. It’s a mix of biochemical pathways and deliveries, but our tools are all from the natural medicine war chest.”

Shade has always had an interest in sustainable and biodynamic farming which makes him think in systems biology terms.

“As I started out functional medicine was rising – the functioning of systems – but it was just ingrained into me to think about the interaction of the microbiome of the soil with the minerals of the soil and the nutrients of the soil,” he says.

“I apply that to Quicksilver – you have the microbiome of the GI, mineral inputs, different food inputs and plant inputs. The plants are triggering different things, and we can take those specific triggers and group them together – curcumin, resveratrol and berberine, for example – they’re all going to hit these triggers and I need to consider how many of those I can combine.

“When the plant inputs do hit that trigger, various things happen: fuel is burned more efficiently, fat is burned and the triggers interact with the liver system, for example, making it work better. It’s all about hitting different systems in the body and understanding their interaction.

Dr Shade has the courage of his convictions, taking Quicksilver’s NAD Gold+ and Methyl Charge+ daily and AMPK activators while intermittently fasting. Fed versus fasting are key states, Shade says. Fasting – cutting back on carbohydrates and proteins – triggers the body’s “time to clean” state and activates AMPK, making for a more efficient metabolism, which is further improved by sirtuins, bringing NAD levels up and activating genes around Longevity programs.

“You need to have enough NAD to activate the sirtuins,” Dr Shade explains. “And it has to be mostly the NAD+ state, the oxidised state, than the NAD state, which is the reduced state, and you have to have a high enough level of it. If you don’t, supplementation with NAD precursors can be important.”

Delivering these high-functioning precursors forms the basis of some of Quicksilver’s key products.

“We put them in a liposome; we use a nanoliposome, a tiny vesicle made from phosphatidylcholine, the same thing your cell membranes are made of. Make a small enough vesicle, and they will pass through the membranes in your mouth and go straight into circulation. The swallowed vesicles have a higher uptake in the stomach and GI as well. For compounds like curcumin and resveratrol it’s a 25 to 300 fold increase in bioavailability.

As well as higher bioavailability, there is an immediate boost from the liposome delivery system, which Shade likens to the bolus from an IV push (only much less invasive).
“That’s the beauty of these delivery systems,” he explains. “The levels in the blood are much higher over a shorter space of time and you can activate pathways in a way that are not able to usually. Activation of a sirtuin is done by a peak dose, so concentration works.

“Fasting activates AMPK, but so do a number of nutraceuticals and pharmaceuticals, things like berberine, quercetin, resveratrol, silymarin and cinnamon; put those all together in one nanoparticle they peak in the blood in 30 minutes and they activate all the cellular targets.”

“Our R&D is super, super active; we are running down new patents and working on telomere lengtheners …”

So what is next in the pipeline for Quicksilver?
“Our R&D is super, super active; we are running down new patents for capsule-based deliveries, and we are expanding our AMPK and mitochondrial lines, and we’re adding other longevity aspects,” Dr Shade says. “The big one that we’re working on right now is on telomere lengtheners. We’re engaging in a big study right now, looking at epigenetic markers before and after intervention in the methylation of CPG islands, the highest level of epigenetic markers right now.

“We’re adding to hormone line and telomere extension with nano-delivery of cycloastragenol, among others, and we are advancing our adaptogen line. Adaptogens, like ginsenosides and astragalosides, all have in common a steroid backbone molecule. We are building those out and integrating them with the telomere lengtheners.

We’re a profitable company. We’re in the middle of a huge expansion right now and we are talking to a few groups about taking on some investment to fast-forward growth and be able to grow even faster.”