The placenta: a limitless source of stem cells? 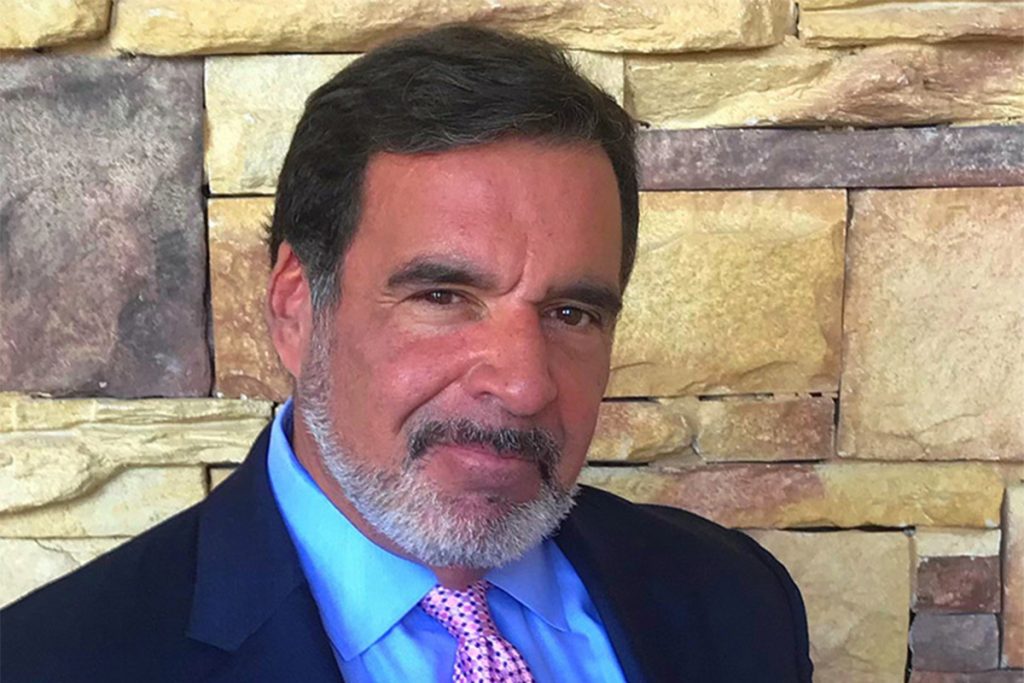 Part 1 of our exclusive interview with Celularity founder Dr Robert Hariri covers the discovery of placental pluripotent stem cells and the journey towards commercialisation of “nature’s 3D printer.”

US biotech firm Celularity is a leader in cell therapy development, and is focused on harnessing the therapeutic potential of cells contained in the postpartum placenta. Having raised over $350 million since spinning out from pharma giant Celgene, today the company has multiple cell therapy candidates in both pre-clinical and clinical development, with indications including chronic degenerative diseases such as Crohn’s.

Longevity.Technology: Celularity’s lead developments are focused on a range of haematological cancers and solid tumours, but the potential of the company’s technology extends far beyond those areas. We caught up recently with the company’s founder and CEO, Dr Robert J Hariri (also a co-founder of Human Longevity Inc.) to learn more about the hidden secrets of the placenta.

A neurosurgeon by training, Hariri’s early area of focus was head and spinal cord injury. So, when stem cells first emerged on the scientific landscape in the early 90s, he was excited to discover if they had the potential to reverse the regenerative process in a brain injured patient and restore function.

“At the time, people were getting them from leftover embryos or from the by-products of an abortion,” he recalls. “And I felt that the field would be horribly impeded if the only way to get cells is to destroy an embryo, or as a by-product of a termination. I would never want to try and create and sell a product coming from those sources.”

In addition, Hariri points out, the cells you get from an embryo at the early phase of development are likely to be abnormal, because only one out of four or five fertilised eggs ever makes it all the way to a healthy newborn.

Hariri founded Celularity in 2016, although the idea behind the company first formed around 30 years ago, when he was a young surgeon at Cornell Medical Center in New York.
“I give my oldest daughter credit, because when she was in utero, I went to look at the ultrasound of my first child,” he recalls. “And it dawned on me when I looked at this first trimester ultrasound, that although she was only a peanut-sized embryo, the placenta was already a big organ.”

Hariri’s medical training had taught him that the placenta was essentially a vascular interface between the mother and the foetus.

“But I thought if that was true, then they would develop at the same rate,” he says. “And the fact that the placenta was already a big organ suggested to me that it somehow acted as a governor for the development of the embryo and the foetus.”

When he considered that, in the space of just nine months, a single cell is turned into a complex human being, Hariri realised that the huge supply of cells needed to make that happen had to come from somewhere.

“It’s not coming from the mother, because the baby’s genome is different than the mother’s,” he says. “It’s got to be coming from somewhere else, and it turns out where it’s coming from is this stem cell factory called the placenta. So I started collecting placentas.

“Everything about them fascinated me. They are literally designed to be a bioreactor – one of my colleagues says that the placenta is nature’s 3D printer. So, at a time when people thought the only place you get stem cells would be from embryos or abortion material, I started to isolate cells from the placenta. Lo and behold, I found pluripotent stem cells that did everything embryonic stem cells could do but, instead of only having a tiny number to start with, I had billions to start with.”

This was the epiphany that convinced Hariri that he could turn this discovery into a technology that could serve the emerging field of regenerative medicine, cellular immunotherapy and beyond. He started out with the creation of a placenta biobank – a cryopreservation system for placentas, which has been successfully used as a source of cells for bone marrow transplants in children with leukaemia, for example.

“Then we spent years researching the placenta,” says Hariri. “And we identified that it was a tremendous repository of not just cells, but also biological materials, some of which we could turn into products, and create a real a real business around it.”

With 130 million placentas disposed of worldwide every year, Hariri says that the discovery of pluripotent stem cells in the placenta provided an almost limitless source of raw material.

“From one placenta I can make, in some cases, hundreds of thousands of doses of cells, and expand them in culture to produce hundreds of billions, if not trillions, of cells. And so that fits a business model that’s scalable, ultimately will have attractive economics, and can be subject to all types of quality controls and things like that.”

Hariri learned that the placenta is essentially universal donor tissue, and that the fundamental biology of the placenta as a tolerogenic organ is conserved in its cells.
“Mammalian evolution could not have occurred if the placenta wasn’t able to exist in an imperfectly matched recipient,” he explains.

“I can tolerate the cells from your placenta, you can tolerate mine, and so on. We can make cells till the cows come home and give them to anybody without the need to match them. Our products are 100% allogeneic and we have we have treated hundreds of patients without them rejecting these cells.

“That is the basis for the use of placental cells as an off-the-shelf, one-size-fits-all product. And that’s the strategy we’re using in treating cancer, degenerative diseases and immune diseases.”

Crucially, the discovery also obviated the need to destroy embryos to find stem cells.
“What I often say is that when you collect the placenta from a healthy newborn, the cells in that organ have already gone through nature’s quality control process,” he says. “But I was struck by the fact that, in order for to have a meaningful role in medicine, someone was going to have to figure out to turn living cells into medicines, they were going to have to productize it.

And productizing the cells means taking a pharmaceutical type approach to the to the manufacturing, quality control and clinical deployment so that any doctor in any environment can write an order for it.”

Anthrogenesis Corp, Hariri’s first company formed to explore and commercialise this discovery, was bought by Celgene in 2002.

“It was a remarkable ride, because when we joined Celgene, their market cap was about a billion dollars, and they wound up being worth $120 billion at their peak,” he says. “So along that ride, we got access to tremendous resources to develop our technology. A little over three years ago, Celularity spun out of Celgene, raised a considerable amount of capital, and built ourselves world class infrastructure that does everything we need to do to turn these products into tools for treating cancer, immunologic disease and, ultimately, degenerative disease.”

Longevity.Technology: In Part 2 of our interview with Dr Hariri, we explore his views on how the science of the placenta can benefit human longevity.