The quest to define biological age 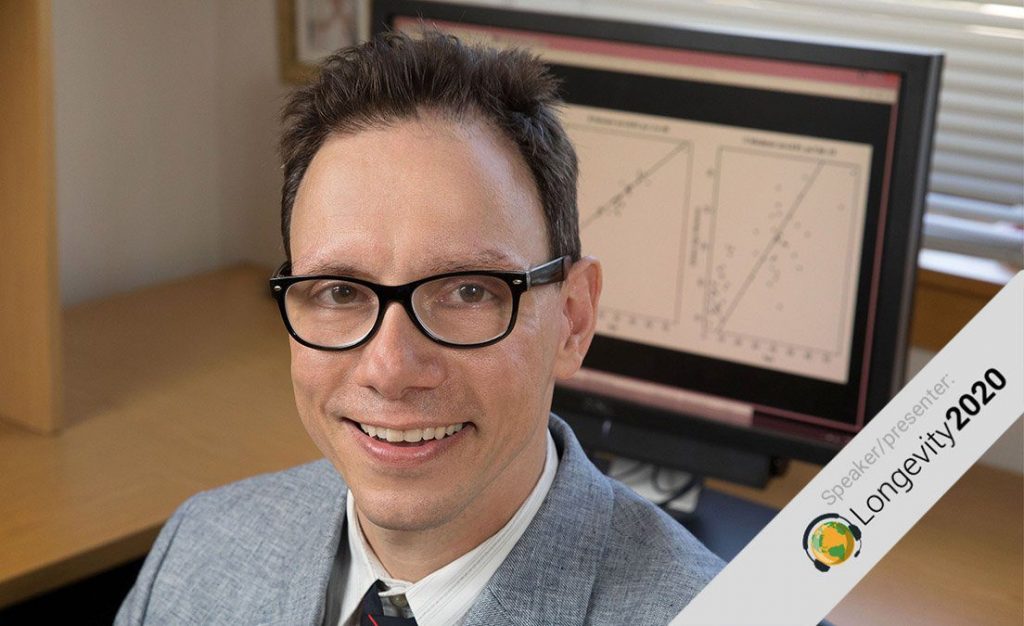 A key speaker on the subject will be Steve Horvath, professor of human genetics and biostatistics at UCLA. Horvath developed the epigenetic clock, a highly accurate multi-tissue biomarker of aging based on DNA methylation levels, also known as Horvath’s clock.

Longevity.Technology: With the Longevity market taking off and a wide range of companies moving forward with therapies for treating age and age-related disease, it begs the question of what exactly is biological aging and how can we define it? The opening session on Monday 27 April, at this month’s Longevity 2020 online conference seeks to address that very question, with a host of experts coming together to discuss definitions, biomarkers, standards and more.

Despite having a lifelong interest in aging research, Horvath only entered the field relatively recently (around 2010), having previously worked in bioinformatics and biostatistics.

“As a biostatistician, you work a lot on biomarkers, so I was acutely aware that the ageing field needs biomarkers,” he says. “You really cannot study something unless you can measure it, so you want a quantitative readout.”

“I said, ‘Oh my god, there’s such a huge signal – if I want to build a biomarker for aging, I really have to focus on methylation’ and so I’ve been working on that ever since.”

“We found a huge effect,” he says, recalling the chain of events that led to his current work. “I said, ‘Oh my god, there’s such a huge signal – if I want to build a biomarker for aging, I really have to focus on methylation’ and so I’ve been working on that ever since.”

In 2011, Horvath’s lab published a paper on the first epigenetic clock, which only worked using saliva samples. Two years later, he published his multi-tissue clock, which can be used on any human body tissue.

“At the time, the question was whether this measure of chronological age had biological significance?” says Horvath. “And, long story short, it does, because we showed that it does predict lifespan.”

But the original clocks built to predict chronologic age and weren’t very accurate at predicting how long someone would actually live. And so in the last few years, Horvath has refined the technology and has arrived at the latest version of his clock, a blood sample-based mortality risk predictor called DNAm GrimAge.

The GrimAge clock is built in a different way from the original clocks, making use of lifespan and mortality risk in their construction, as well as looking at different locations in the genome. Horvath also has a range of other clocks, including one focused on skin and blood, as well as clocks for a range of animal models. Last year, several of Horvath’s clocks were used in a small clinical study led by immunologist Gregory Fahy, co-founder of Intervene Immune, and provided the first evidence that biological age can be reversed.

While Horvath himself is not focused on consumer testing, he is generally supportive of the growth in direct-to-consumer DNA and epigenetic testing. Although he stresses it must come with the proper counselling and guidance on how to interpret the results of tests, which often make statements about risk that really only point to negligible risk.

“I’m a big believer in empowering people by providing them information. But there is a danger that a layperson gets a genetic test and they’re not familiar with the statistical aspect behind it…”

“I’m a big believer in empowering people by providing them information,” he says. “But there is a danger that a layperson gets a genetic test and they’re not familiar with the statistical aspect behind it… It might say you have a slightly elevated risk of developing diabetes, and a layperson may misinterpret it and think ‘Oh my God, I will get diabetes’. But they can’t quite interpret the significance of this study and that the risk increase is really very low.”

As the founder of the epigenetic age testing, Horvath feels similarly cautious about companies focused on measuring the biomarkers of aging at a consumer level.

“I’m fundamentally a believer that people should have a right to get this test done, however there is again a danger of misinterpretation, so that makes me very nervous,” he says. “If the test says you’re five years older than you should be, there is a danger that you get nervous about it. There’s always a danger for misunderstanding.”

“It would be my dream that, one day, the molecular biomarkers of aging would be approved by the FDA as a surrogate endpoint for aging studies. This is what the entire field wants, it’s the Holy Grail.”

With several companies already offering epigenetic testing kits and services, Horvath is concerned that each uses different implementations and that the tests need to be characterized.

“Ideally, they should be evaluated by something like a regulatory agency that would certify the accuracy of these tests,” he says, pointing out that his epigenetic clocks have been validated by many independent studies. “My name is affiliated with this field and as such, I would like to ensure that these tests are properly used and properly interpreted. Because I’m concerned that misinterpretation will then lead to a backlash.”

So what’s next for Horavth and his lab in the question for epigenetic clock measurement?

“It would be my dream that, one day, the molecular biomarkers of aging would be approved by the FDA as a surrogate endpoint for aging studies,” he says. “This is what the entire field wants, it’s the Holy Grail. And it would be nice if the epigenetic clocks would be part of that solution.”