The time is right for specialist Longevity investment 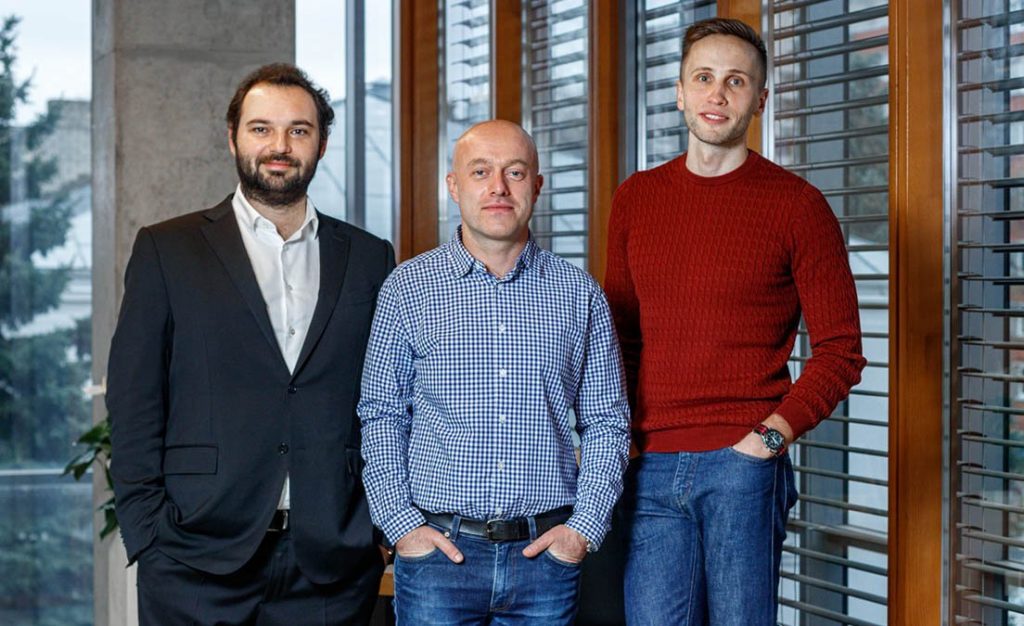 We speak to the co-founder of LongeVC – an investment firm focused exclusively on Longevity.

Earlier this month, LongeVC emerged onto the scene with a $35 million early stage investment fund for longevity ventures. Based in Latvia, the firm’s founding partners include Ilya Suharenko, Garri Zmudze, and Sergey Jakimov (L-R in the picture above).

Longevity.Technology: While more investment dollars are flowing into our sector than ever before, there are still relatively few firms focused exclusively on Longevity. We caught up with LongeVC co-founder Sergey Jakimov to find out how the firm came to be and why Longevity is such a compelling investment prospect.

The firm has its origins in the Baltic region, where all three partners have private investing experience in biotech ventures as well as in the Longevity space, with early investments including Insilico Medicine. After working together for several months, the three eventually decided to formalise their relationship and so LongeVC was born.

“We decided that we needed to become a separate investment vehicle with a bigger budget allocation, and, as a result, better opportunities to back multiple early stage ventures in longevity,” says Jakimov. “We now have a dedicated investment team, a dedicated analytics team – all the attributes to commit to repeatable investments in longevity rather than ad hoc deals.”

When it comes to Longevity investment specifically, LongeVC enters a space that is relatively light in terms of funds with specialist focus.

“If you look at the VC landscape for longevity, you have a couple of funds that would not be considered to be very big, by biotech standards,” says Jakimov. “This gives you a notion of how fragile and developing the industry for dedicated VC investment into longevity actually is.”

“We are now one of the very few funds that looks specifically at this field.”

Early stage investment is challenging and requires the ability to be able to evaluate a company’s IP, often with very little proof-points or traction to demonstrate. To boost its capabilities in this area LongeVC also taps into a wealth of longevity experience and perspective through its advisory board, including key scientific figures such as Aubrey de Grey and Matt Kaeberlein, as well as “several C-level big pharma executives.”

“We’re combining academic knowledge and market knowledge so that when we look at these early stage ventures, we understand if the science make sense, but at the same time, we understand whether the industry will be looking that way in five or ten years,” says Jakimov. “So, are they doing something disruptive? Are they providing a substantial innovative step?”

With initial investments ranging between $500,000 and $1 million, LongeVC broadly focuses on three broad areas of longevity:

When it comes to investing in early-stage companies, Jakimov points out that there is a big difference than when investing in later-stage ventures, which have a lot more quantitative data on which to base a valuation.

“Early stage investment is very qualitative – you’re looking at factors that are very hard to quantify, but which are still super important,” he says, before outlining five key differentiators that LongeVC looks for in a company to invest in.

“First, we look for strong, protectable IP with clear origins and clear ownership structure,” explains Jakimov. “Second is the team – its track record and adequate cost structure. Third, we look for some sort of indication that there is a confirmed interest or a confirmed trend in the industry for this type of treatment or solution or approach.

Fourth is the potential for industrial acquisition. And finally, the fifth thing we look for is that the investment supports a substantial innovation – we will not be looking at incremental innovations where you tweak one little thing to make a process marginally better than an existing process.”

In addition, with so much work in Longevity originating from academia, it always thrills Jakimov and his colleagues when they come across a company that exhibits an understanding of the business side of things.

“We often see that teams are very academically driven, and lack market understanding,” he says. “So when you see these two competencies – the entrepreneurial part and the scientific part – combined together, that’s already exciting. It doesn’t matter what they do – it’s a great combo to have.”

“ … it’s a great time to back these technologies because people are more ready than ever to adopt something longevity related.”

Specific Longevity applications that excite Jakimov include therapies targeting cellular senescence, neurodegeneration, immune activation of anti-cancer agents, and personalised medicine, among many others. The potential presented by AI is also high on his list of interests.

“If you look at Insilico, for example, what it has been doing for the pharmaceutical industry is pretty breath-taking,” says Jakimov. “Designing new drug candidates in a few months, or even weeks, versus years. If you think about the long-term implications for the industry, it’s tremendous.”

With the public interest in Longevity growing all the time, Jakimov believes that the time is right for specialist Longevity funds.

“We are now living in an era of conscious engagement with longevity,” he says. “If you look around, you see people wearing fitness bracelets, you see people tracking their heart rates, you see people gathering and aggregating vast amounts of data around them. So it’s a great time to back these technologies because people are more ready than ever to adopt something longevity related.”