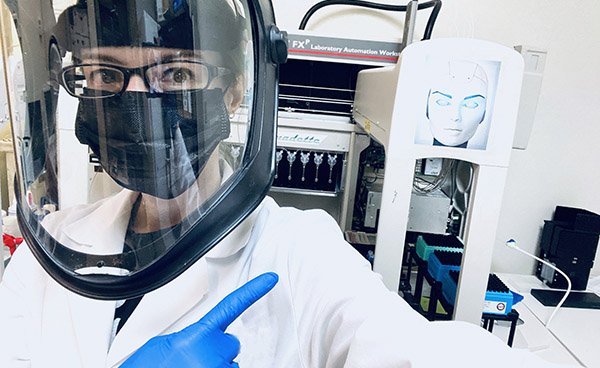 Underdog Pharmaceuticals, a pre-clinical stage pharmaceutical company focusing on the treatment and reversal of age-related diseases, has been awarded an Innovation Passport under the UK’s Innovative Licensing and Access Pathway (ILAP), to pursue fast patient access to its ground-breaking treatment for cardiovascular disease. Underdog was spun out of the SENS Research Foundation in 2019, with a $3.95m seed round led by Michael Greve’s Kizoo Technology Capital Group. Underdog’s $9m Series A launched in May aiming to carry development through IND application filing.

Longevity.Technology: Accounting for more than 40% of deaths in Europe and the United States, and with annual treatment costs more than £29 billion in the UK alone, cardiovascular disease is by far the world’s most life-threatening condition, and its primary cause is atherosclerosis. Underdog’s engineered synthetic carbohydrate compound, UDP-003, is designed to target and remove toxic oxidised cholesterol, a key driver of arterial plaque accumulation. Underdog is one of the first companies, and UDP-003 one of the very few pre-clinical therapies, to receive an ILAP designation.

Underdog is on a mission – not to treat age-related diseases, but to tackle the causes using simple and direct interventions. By targeting oxidised cholesterol using rationally-designed molecules, it aims to provide the first true disease-modifying treatments for common age-related conditions such as atherosclerosis, heart attack and stroke. Underdog’s products are based on novel derivatives of a well-known, safe compound.

It’s a novel way of looking at cardiovascular disease; custom-engineered cyclodextrins (polysaccharides that have existing industrial and pharmaceutical uses) tackle cholesterol derivatives such as 7-ketocholesterol. These toxic molecules have no known biological function, and the cyclodextrins are able to capture and remove them from cells.

ILAP, introduced by the Medicines and Healthcare products Regulatory Agency (MHRA) in January, is designed to accelerate development of and access to promising medicines of significant potential public health benefit. The programme provides enhanced early input and interactions with MHRA, the National Institute for Health and Care Excellence (NICE), the Scottish Medicines Consortium (SMC), and the National Health Service (NHS). The ILAP programme also provides the potential for significant downstream regulatory advantages, including rolling clinical reviews, accelerated assessment and supervised early reimbursed use under adaptive authorisation.

“This is an honor for us and a wonderful step forward for our program,” said Matthew O’Connor, Underdog CEO of Scientific Affairs. “There is an enormous public need for drugs which can significantly reverse established atherosclerosis, rather than manage or delay its onset [1].”

“I believe the MHRA is sending a powerful message by reviewing and admitting preclinical stage programs like UDP-003 into ILAP,” added Mike Kope, Underdog CEO of Corporate Affairs. “We’re pursuing a new target, with a new compound and seeking evidence of genuine disease modification; and though the potential is fascinating, the clinical challenges are real. The advice and consultation we’ll receive will be invaluable to the success of the program [1].”