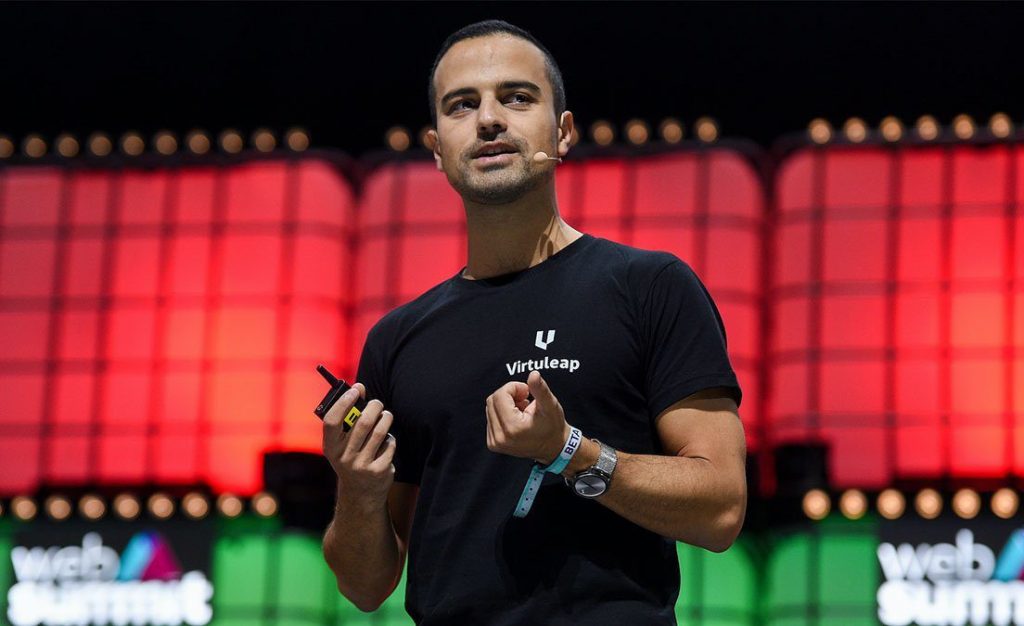 Ever since the US Federal Trade Commission fined Lumosity $2 million for making “unfounded claims” relating to its games, there has been a healthy dose of scepticism directed towards the brain training sector. Lisbon, Portugal-based start-up Virtuleap is betting on changing that by using VR expertise to make brain training games that really work for cognitive assessment (and soon for detection of illness).


We caught up with Virtuleap’s co-founder Amir Bozorgzadeh to find out what’s next for the company. But first we talked about Lumosity and its challenges, where the major issue was a lack of conclusive evidence to prove that brain training actually has a benefit.

“There’s no peer reviewed consensus, no proof or any actual evidence to say that playing Sudoku every day is going to make you better at remembering your grocery list or doing your taxes,” says Bozorgzadeh. “That’s what they call “far transfer” in the scientific community and there is no evidence of far transfer yet.”

Virtuleap is intent on showing that there are real benefits from playing its games. The company recently released a white paper with 76 peer reviewed citations that explain why it feels VR stands to offer the missing ingredient to enable far transfer in brain training to actually be proven.

“VR has been proven to dampen pain receptors,” says Bozorgzadeh. “It’s proven to trigger the autonomic nervous system and the vestibular balance system into believing the experience is real. And that’s why it creates an opportunity for education and healthcare oriented start-ups.”

In many ways, Virtuleap’s Enhance app is similar to Lumosity – a library of games that have been designed to be played for 10-15 minutes per day according to different cognitive functions like memory, flexibility and problem solving.

“But unlike screen-based apps, we can also have categories like spatial orientation skills, spatial audio awareness, and motor skills,” says Bozorgzadeh. “So it’s an embodied experience that is multi-sensory.”

Key to Virtuleap’s business model is a “data dashboard” web application that it has developed in parallel with Enhance. The dashboard is for organisations, such as senior living communities, hospitals, clinics, educational institutions, or companies with human performance programmes, who can access a range of reporting and data tools.

“Our first client is the American Association of Retired Persons (AARP), which is the biggest senior living organisation in the world with 38 million members,” says Bozorgzadeh. “We’re just about to begin in-home trials with patients with the Pacific Brain Health Center. We’re in advanced discussions with the National Innovation Centre for Ageing at Newcastle University for an initial feasibility study. We’re in touch with a lot of organisations like this.”

Virtuleap is now focused on building up its library of games so that there will be enough data collected to provide a proper cognitive assessment of a user. But Bozorgzadeh reveals that the company’s future plans go beyond just assessment.

“We’re working to develop algorithms based on machine learning that mines VR gameplay patterns, so that it can serve as a digital health marker for the early detection of cognitive illnesses like dementia and Alzheimer’s or even Parkinson’s, for instance,” he says. “Now, that sounds like a stretch, but it’s not.”

Bozorgzadeh points to Sea Hero Quest, a game sponsored by Deutsche Telekom in partnership with the Alzheimer’s Research UK.

Virtuleap is now hiring machine learning specialists to help it build the capability to analyse the data produced by Enhance users for potential red flags.

“We’re developing these algorithms that we can then build into the data dashboard, so that we would be able to spot if there’s a certain pattern that suddenly changes,” says Bozorgzadeh. “Dementia can actually be spotted even 20 years before it actually onsets – there’s this huge period of time where, if you could evaluate someone, before it gets progressively more advanced, it’s really important for being able to treat it.”

Virtuleap expects to launch an early version of this new capability in the Spring, starting with pilot projects with some of its institutional partners. To support its development and growth objectives, the company is now in the market for funding.

“We’ve been getting little trickles of funding for the last year and a half, and we’ve raised US $511,000 so far,” says Bozorgzadeh. “We’re currently raising our Seed – we just opened up two weeks ago and we’re looking for $1.5 million – ideally by end of March, early April.”