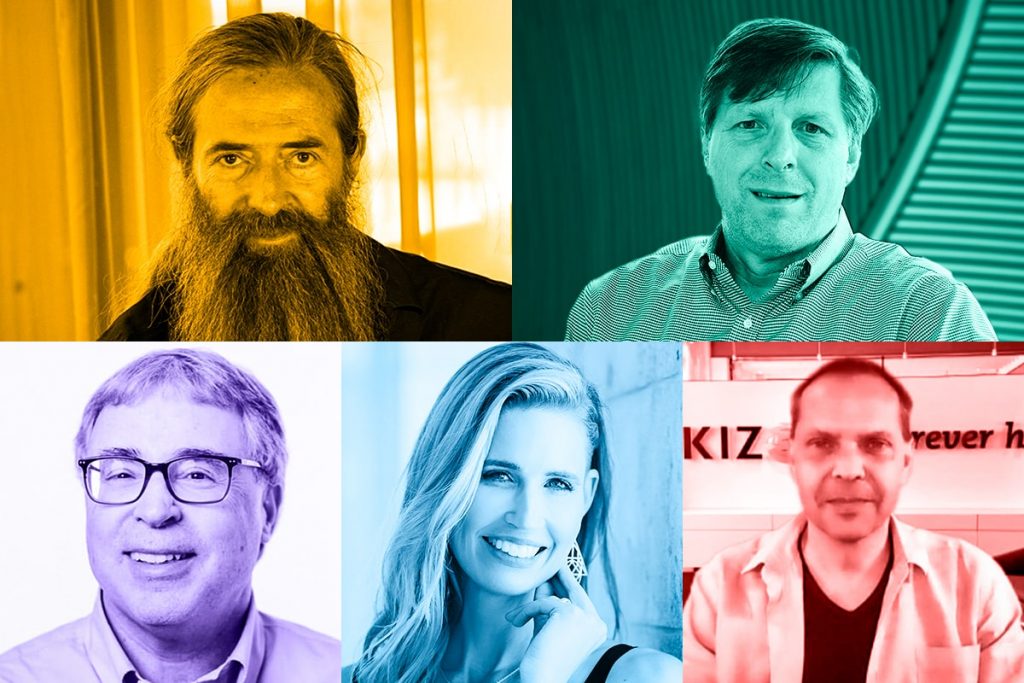 Ahead of the Longevity Investors Conference, our longevity hivemind talks biomarkers, translation and the democratisation of regenerative medicine.

Yesterday, we brought you the first installment in our longevity’s burning questions series, in which we ask some of the longevity heavyweights and pioneers speaking at the upcoming Longevity Investors Conference their views on some of the significant issues in the antiaging field.

Longevity.Technology: Longevity is on its way to becoming the most significant investment opportunity available; the Longevity Investors Conference targets the global investor community and brings a whole range of institutional investors together with top class and longevity-experienced speakers. Later this month they will together explore relevant insights into the field, expert education and investment opportunities, as well as enjoying excellent networking possibilities in the scenic and exclusive town of Gstaad.

Longevity.Technology readers can get their exclusive invitation to the leading investors-only longevity conference HERE.

Previously, we found out the LIC community’s views on the areas of the field of longevity that hold potential for the biggest improvement. Today, explore a couple of topics, the first being what our hivemind considers to be the current biggest trend in longevity – and what’s set to explode?

One of the foremost thinkers in the field, Dr Barzilai is the Director of The Institute of Aging Research at the Albert Einstein College of Medicine.

He told us that the biggest improvement is in the investment in gerotherapeutic biotech, which is estimated to be $40 billion by some.

“It is the major driver in the field,” Barzilai told us. “It drew some billionaires to invest in moon shot projects, it will help raise money to complete the TAME trial that may cause a regulatory tsunami, and it also harbors some of the more unique biology targeting aging that we are discovering through the drug development rather than the scientific
papers.”

Dr Brenner is the developer of the intellectual property behind ChromaDex’s Tru Niagen. He told us that the biggest trend in longevity is to use biomarkers, such as GrimAge, to
score interventions.

“As no one has shown that lowering a GrimAge score correlates with better functional outcomes, I am unconvinced of the utility of these biomarkers,” he says. “I like to stay away from things that explode and that is why I am alive and well and doing research.”

He told us that: “No one knows the future, but we invest in never-done-before approaches,
that, if working, have a tremendous potential to be a desirable treatment for everyone over the age of 40.”

As Director of the Centre for Healthy Longevity at the National University of Singapore, Dr Brian Kennedy is committed to translating research discoveries into new ways of delaying, detecting, preventing and treating human aging and associated age-related diseases.

“In research, the big thing is now rejuvenation-based strategies, which are
very promising but still in the research stage,” he told us.

“I would also not discount gene therapy approaches in the medium term. This technology has been slowly evolving and is now being used to treat diseases,” he said, adding that ultimately, targeting aging genetically may be an excellent strategy to extend healthspan and lifespan.

Dr Fortney is CEO of BioAge, a biotech on a mission to develop a pipeline of therapeutic assets that increase healthspan and lifespan.

Dr Fortney told us that cellular reprogramming has received a lot of attention lately, on multiple levels, including advances in academic research, the entry of multiple companies into the field, and the sheer size of investment by some big players.

“Although the ideas are quite new and applications are likely to be far in the future, the promise of reprogramming for reversing age-related decline is enormous,” she said, adding that although this area isn’t currently a major focus for BioAge, they wish their colleagues in the cellular reprogramming field the best of luck as they start down the path toward developing therapeutics that can extend healthy lifespan.

“As for what’s set to explode – what I’m most excited about is the speed of clinical translation and the growing number of aging drugs that are entering clinical trials today, both at BioAge and at other companies in the longevity space,” she said. “Once we get the first few successful trials, we’ll see an explosion of interest in an already rapidly growing sector.”

When it comes to what constitutes a big trend, says de Grey, the answer differs greatly depending on one’s perspective.

“From the point of view of the Longevity Investors Conference delegates, I think the biggest trend is diversity and synergy,” de Grey explains. “Damage repair is inherently a
divide-and-conquer strategy, in which big results will only be seen when multiple therapies
are given to the same people at the same time.”

Dr de Grey believes that the smart money needs to go to those who are creating the framework for that – the venture funds and holding companies whose portfolios have the potential to deliver truly transformational combination therapies.

“As for what’s set to explode, well, let me be a bit radical here and highlight cryonics,” says de Grey.

“Cryonics has had an even harder time than damage repair in being understood as
a valid and promising medical research area, but we now have a very rapid growth in new players in that space, including providers like Tomorrow Biostasis and research outfits like
Lorentz Bio, led by highly credentialed people in terms of both biomedical and commercial
expertise.”

De Grey feels that the further we progress in developing rejuvenation biotech that really works, the more the world will want to take that bridge to the future.

A former ER doctor, Dr Killen is an antiaging and regenerative medicine physician who specialises in aesthetics and sexual medicine. She told us that as a stem cell physician, she can see great potential in regenerative therapies.

“In the coming years, we’ll see more and more allogeneic (the donor and patient are not the
same) stem cell therapies become available and we’ll see products that are engineered to
solve specific problems,” she told us. “My hope is that these “off the shelf” cellular products will be widely available at a reasonable price so we can start to see the democratization of regenerative medicine.”

Dr Martin Borch Jensen is the CSO of Gordian Biotechnology and the force behind the the successful Impetus Grants.

He told us that the biggest current trend has to be partial reprogramming, with Altos, Retro, NewLimit and other companies focusing on this approach to reversing cellular age.

“Let’s see how hard that turns out to be!” he says.

“I think something that will increasingly impact the aging field is high-throughput functional
genomics coupled with active learning computational analysis” Borch Jensen continued.

“For example, running a pooled CRISPR screen to knock out genes in a population of cells, isolating cells that fail to turn senescent in response to normal stimuli, then sequencing the gRNAs to identify the target genes and repeating the screen with combinations of these targets. This approach is enabling work in cancer and other fields, and (with the right readouts) will do the same in aging.”

Our second burning question concerned our panel’s longevity journey; we wanted to know what was the inspiration for their longevity point and has the journey been as expected?

Dr Killen was an emergency physician for ten years before becoming interested in
longevity medicine.

“Ultimately, I was inspired by my patients,” she told us, explaining that she saw the effects of aging and age-related diseases every day in the emergency department.

“I saw the effects of lack of education and poor lifestyle choices, combined with limited access to resources and support from the medical establishment,” she says, adding that she ultimately left the emergency department to make herself healthier and in doing so, discovered an entire field of study that is primed to restore vitality in all of us.

“It took a little time for me to think of aging as a disease, but once I wrapped my head around it, I couldn’t think of it in any other way!”

“If we could cure all cancers, we would add just a few years to average lifespan,” says Fortney, adding that the same goes for all cardiovascular disease, and the many other illnesses that become exponentially more common as we get older.

“But if we could slow aging in humans to the same extent that we’ve already done over and over again in mice, we could extend longevity by decades, and most of those years would be healthy,” she says. “Likewise, from the many humans who already live past 100 in good health, we know there must be mechanisms that allow human bodies to enjoy dramatically longer lives.”

This idea was one of the major inspirations for Fortney to found BioAge, a journey which, she says, has been exciting, to say the least!

“I’m constantly impressed by the rapid rate of scientific and now clinical progress in the aging field,” Fortney adds, explaining that as more and more companies and scientific organisations join the fight and more resources enter the field, she sees that continuing into the future.