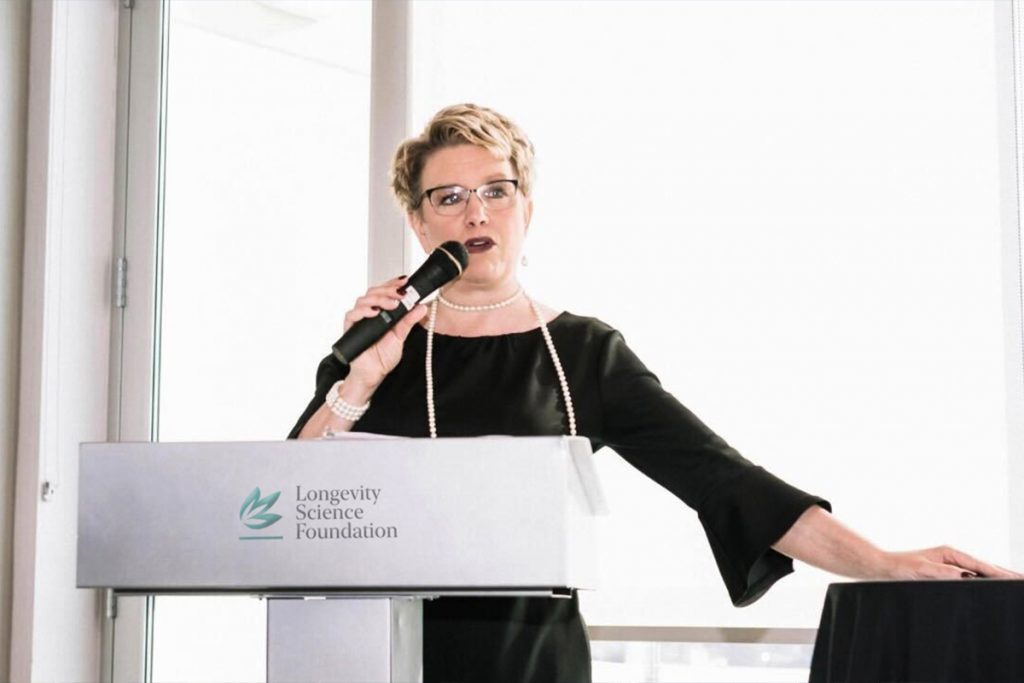 Longevity Science Foundation CEO on the importance of expanding interest in longevity beyond those already ‘in the know.‘

Almost exactly one year ago, the Longevity Science Foundation emerged onto scene, announcing its bold ambition to work towards a goal of distributing upwards of $1 billion over the next ten years towards funding longevity research. Fast forward one year, and the foundation has announced its first calls for research funding applications: aging clocks and psychedelics in longevity and appointed non-profit fundraising expert Lisa Ireland as its president and CEO.

Longevity.Technology: It’s one thing to say you’re going to spend $1 billion on longevity and quite another to actually make it happen. With more than 25 years’ experience in executive leadership and fundraising roles at non-profit organisations including the United Way, Ireland has the kind of background needed to ensure the LSF delivers on its promise. We caught up with Ireland to learn more about her key objectives at the LSF, and her fresh perspective on the longevity field.

Ireland happily admits to having little knowledge of the longevity field before taking on the role at the LSF. Far from seeing it as a weakness, she views her lack of longevity experience as an advantage in a field that needs to expand its appeal beyond those who are already convinced of its importance.

“I love that I’m naive about longevity, because that means I can bring other people like me into the field – we can learn together,” she says. “I was appointed and brought in as a non-profit executive, with all the experience of running non-profits, and apply that expertise to longevity. And that’s what I’ve been focused on since I started in October.”

“I’m learning so much about the field, and it’s already been really fascinating to be able to share some that information out there in different circles. Let me tell you – everyone I speak to wants to know more and wants to learn more about this field.”

Ireland hits home on a key point. Despite the growing interest in longevity, it’s still a market in its early stages, and there is a wealth of untapped funding potential out there.

“We need to bring more outsiders into longevity,” says Ireland. “Those of us that are new to the field need to work with the people who have been in it for years to figure out how to expand the knowledge of the field. And we need to do it in terms people can understand to make sure that the audience is receptive to our message.”

Part of the remit of any good foundation, says Ireland, is to educate and promote the field to new audiences.

“One of the things that I will continue to advocate for is layman’s education,” she says. “For example, when I was working at the Rochester Institute of Technology, we asked students working on their PhD thesis to create a five-minute version of what they were working on – in plain language. It was amazing to see the difference in the way people engaged with the subject matter once they felt like they could understand the conversation.”

Ireland believes this educational remit extends beyond fundraising for research and into world of policy and advocacy.

“I have a lot of connections in Washington DC and the more this field grows, our conversation around policy and advocacy is also going to also expand,” she says. “And we aim to be the convener of those conversations – it’s part of our due diligence. With our broad global reach, people that want to know more about any aspect of longevity can come to us, we can put them in touch with the right people.”

“I’ve spent my entire career in non-profit work, which is obviously all about fundraising, but we also call it ‘friend-raising’. We aim to become a convener of people. Part of the future of the LSF will be co-hosting conferences to bring conversations to the table to improve the field, to put together those that have the information and those that need it.”

With the first two calls for funding proposals already issued, Ireland’s immediate focus as CEO is to raise the funding needed to support those grants.

“My first goal is to get out there, meet people, and bring the first funding partners in,” she says. “The more that we can fundraise, the more we can award in grants. We’re a non-profit, but we need to look at ourselves like a for profit business in some ways, because we need to raise capital that we can use to support all those great research ideas.”

While aging clocks and psychedelics are the first two areas allocated for grant funding, Ireland is clear that the LSF will not necessarily be limited by those.

“It’s also our mission to have funds available for one-off projects,” she says. “We don’t want to pigeonhole ourselves into rejecting great, potentially life-changing, research because it doesn’t fit our call for proposals. That doesn’t help the field, so it’s really important for us to have additional fundraising dollars to support additional, one-off projects as well.”

The LSF will use a blockchain-based voting platform to make decisions on distribute grant funding, and Ireland says this gives donors a unique insight into the impact of their donation.

“In the past, donors would get a thank you letter and an invitation to a gala dinner or a special event – this is going to be so different,” she says. “Funders today really want to invest and be able to see the philanthropic impact of their dollars. Our model allows them to really see their dollars in action, helping to make decisions on funding scientific research projects that have measurable outcomes. And they can follow its progress every step of the way – it’s going to be revolutionary.”

Ireland explains that there will be added benefits for the foundation’s first funding partners.

“We are very focused on our founding partners, and my goal is for the first $5 or $10 million we raise to be our founding dollars,” she says. “Those will come from founding members that are committed for the long term, and they will get additional voting rights. They will be more involved – truly partners with us on our journey.”

The first deadline for proposals is fast-approaching. Applicants interested in the aging clocks programme only have until midnight ET on 31st December 2022 to submit their proposals for funding. The deadline for psychedelics proposals has been extended to the end of June 2023.

“Once we’re up and fully funded, our goal is to be able to run three or four of these rounds of proposals a year,” says Ireland. “As one closes, another will open – it will be a continuously rolling cycle.”