Why government must unlock biotech’s potential to maximise Longevity 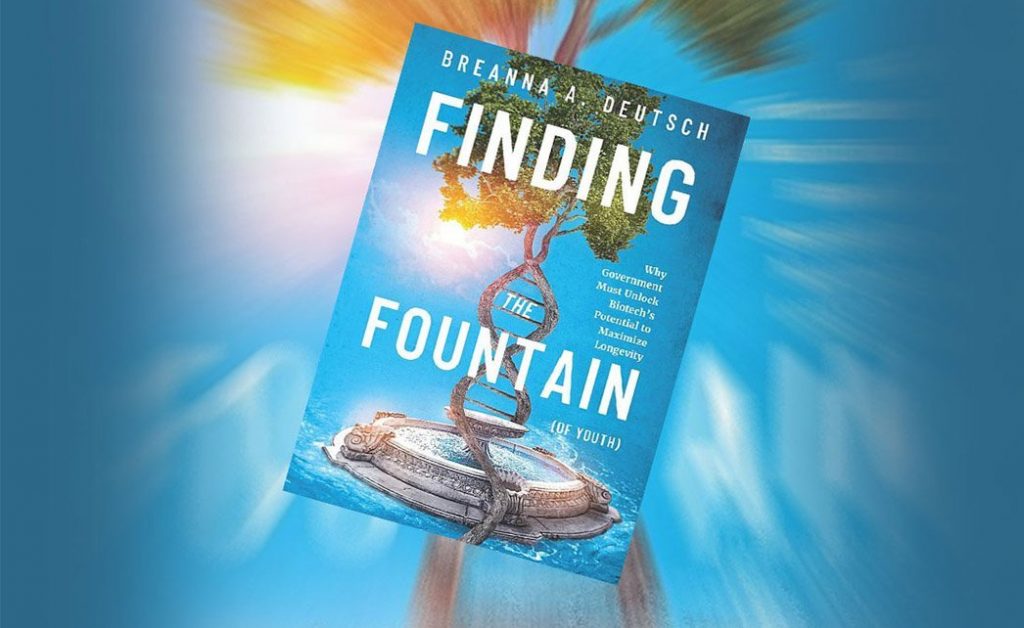 Breanna Deutsch joins us for a guest editorial to advocate for the increased prioritisation of government funding for Longevity in the US.

Breanna Deutsch has spent her professional career working in the US House and the US Senate, and in policy communications in Washington, DC. After working in the US Congress during heated healthcare debates, she recognised a critical question was missing from the conversation: what is the underlying cause of America’s most debilitating and expensive diseases? The answer was, and continues to be, aging.

Breanna has researched the intersection between aging, biotechnology and government, and why some of the promising science in the Longevity biotech field should be given better standing in the governmental regulatory and appropriations process. She covers her findings, and what should be done about them, in new book Finding the Fountain.

To Combat Age-Related Conditions, Aging Research Must Be Prioritized in Government Grants
Ten months after the first reported case of COVID-19 there are many remaining questions about the novel virus that has put our economies and many of our lives in both a free fall and at a standstill. But one observation is absolutely and critically clear – if you are elderly or have an age-related chronic condition, the likelihood of dying from the virus increases significantly.

Fatality rates for influenza follow similar trends despite the elderly being 20 percent more likely to receive a vaccination. So as the world races to find a vaccine for COVID-19, we must recognize that even with the development of a vaccine, lives are still at risk.

However, there is an antidote to COVID-19 – and influenza for that matter. In fact, this medicine is so potent and powerful, it could help combat or perhaps even cure the chronic diseases that kill Americans – and individuals across the world in masses.

It is called youth.
While we must be careful not to fall victim to the unrealistic promises of snake oil elixirs, those who read Longevity.Technology understand there is real, compelling science that has emerged from aging researchers’ labs over the past several decades that truly has the potential to address aspects of the aging process itself.

Unfortunately, without the support of federal grants, the development of much of this potentially life-saving and life-enhancing science will be stunted, or perhaps never make it into public hands or even be discovered in the first place. As outlined in “Finding the Fountain: Why Government Must Unlock Biotech’s Potential to Maximize Longevity,” in the US, researchers are largely dependent on grants distributed by the National Institutes of Health (NIH). Each year, the NIH invests roughly $39.2 billion into medical research.

These grants have been fundamental to America’s position as a world leader in biomedical research. In a study where researchers reviewed the top one hundred most commonly prescribed drugs in the US, they found 93 percent received funding from the NIH. Newer drugs have benefited even more. Of the drugs that made it through the FDA’s approval process between 2010 and 2016, 97 percent were supported by NIH grants. Many of our greatest discoveries have also come, in part, due to federal support. As of 2020, 163 Nobel Laureates have received funding from the NIH.

So how does the money get distributed?
The NIH’s budget, and thus the budget of its twenty-seven institutes and centers, is determined by the US House and Senate. However, once the NIH receives its appropriated funds, its leadership largely determines where the dollars are directed.

“Tragically, despite aging being the greatest factor in many of America’s most fatal diseases, it receives miniscule attention from the government.”

This includes funds distributed within the National Institute on Aging (NIA). The NIA is the primary research body investigating the underlying mechanisms of aging, as well as the diseases and conditions associated with old age.

Tragically, despite aging being the greatest factor in many of America’s most fatal diseases, it receives miniscule attention from the government. Out of the total NIH budget, the department within the NIA researching the biology of aging receives less than one percent of the total lump sum of medical research dollars. Instead, much of the money allocated to the NIA is directed toward the research of age-related conditions.

Government grants are not the only route to funding. Researchers and entrepreneurs now have opportunities to compete for private dollars, but this pool of money is still limited and often comes with strings. Most financiers, unsurprisingly, seek to make a return on their investment. While the potential payoff of a successful longevity drug would be tremendous, many experimental drug candidates are still in early areas of exploration, and even if a drug earns the green light to enter the FDA’s clinical trial process, working its way through the system could take well over a decade, if it is successful. In total, only about 12 percent of all drugs eventually win approval from the FDA.

The moral of the story has always been – and will likely continue to be – the research follows the money.

Without adequate allocation of funds for research grants investigating the underlying biological causes of aging, few scientists will have the opportunity to take these fundamental questions to the lab. And many of the brightest minds emerging from universities in the States and around the globe will make the seemingly wise career decision of pursuing questions in science where there are dollars to support their quest for answers.

As a world leader in biomedical research, America must uphold its title by taking forceful and immediate action to support the researchers who have the best chance of alleviating one of the greatest preventable causes of suffering throughout the globe.