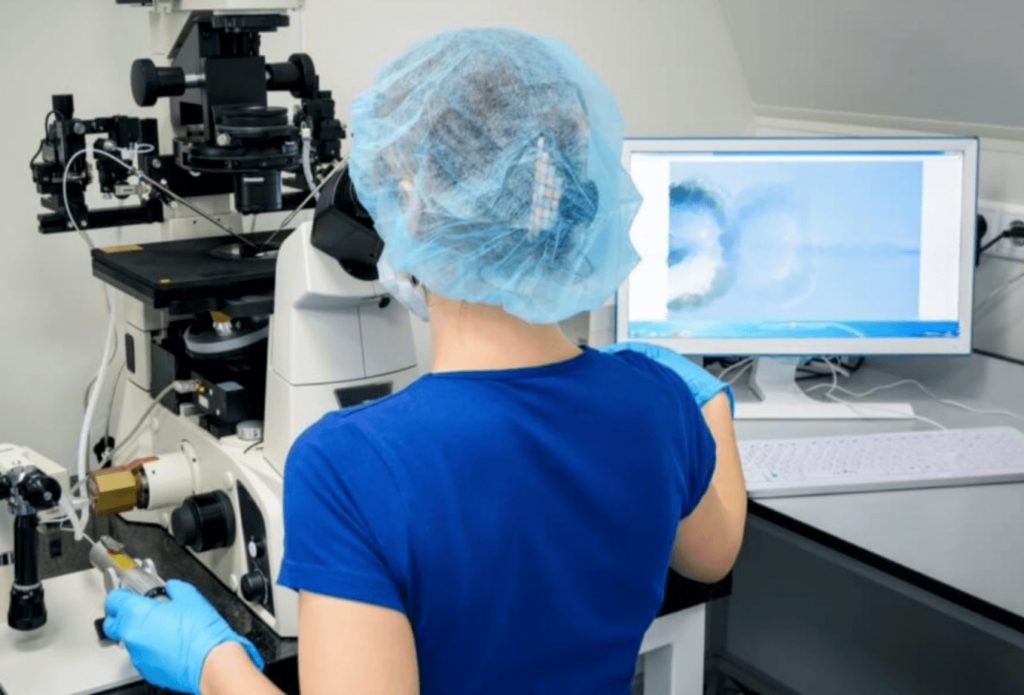 Three types of stem cells are vital for the development of an embryo: embryonic, extraembryonic trophoblast and extraembryonic endotherm. Embryonic stem cells are pluripotent, meaning they have the ability to develop into all the cells of the developing body. When Kyoto University-based Japanese researcher Shinya Yamanaka was able to revert mouse skin cells into induced-pluripotent stem cells (iPSCs) over a decade ago, the world sat up and took notice [1]. IPSCs opened the door on being able to replace neurons, repair spinal columns and even grow replacement organs; they also became important for research purposes, providing tissue for experiments and drugs tests.

However, iPSCs have not been able to be used to grow embryos in the lab, because the embryonic stem cells don’t contain all the building blocks for new life; extraembryonic trophoblast stem cells and extraembryonic endoderm stem cells are needed to form the placenta, umbilical cord and yolk sac [2].

Longevity.Technology: Experimenting on human embryos is contentious and fraught with moral argument and negative publicity; being able to create embryos in vitro from a few skin cells would eliminate these concerns (under a strict ethical regime) and increase the availability of material for experimentation.

In a ground-breaking experiment, a research team from the University of Cambridge in the UK has been able to grow a functional but artificial embryo in the lab. Lead researcher, Magdalena Zernicka-Goetz, used genetically-modified mouse embryonic stem cells, combining them with extraembryonic trophoblasts and placing them in a blob of gel. The 3D, gel-based scaffold called a extracellular matrix allowed the collection of stem cells to grow around it, mimicking embryonic development.

The research team observed cell growth, discovering that within 7 days, the cells had divided and organised themselves into the beginnings of a placenta and the early formation of a mouse [3]. The embryonic cells had also taken on roles; one cluster, called the mesoderm that would go on to form the heart, bones and muscles was evident, while the another cluster contained cells that would specialise as brain, eye and skin cells [4]. At no point in this process was a sperm or egg cell introduced – the entire process was gamete-free i.e. no reproductive cells were required.

The artificial embryos were terminated at this point, approximately equivalent to one-third through a mouse’s pregnancy; as no endoderm stem cells were used in the experiment, there were no cells taking on the yolk sac role, nourishing and sustaining the developing embryo until the placenta could take over [5].

Professor Zernicka-Goetz said she felt the ground-breaking research would aid fertility, investigating miscarriage cause and foetal development. She said: “We think that it will be possible to mimic a lot of the developmental events occurring before 14 days using human embryonic and extra-embryonic stem cells using a similar approach to our technique using mouse stem cells. We are very optimistic that this will allow us to study key events of this critical stage of human development without actually having to work on embryos. Knowing how development normally occurs will allow us to understand why it so often goes wrong [6].”

Being able to use this research to extend fertility windows would allow extended fertility to match extended lifespan – important in countries like Japan. In addition, understanding how cells are assigned roles, how stem cells can be used in growth and repair and be cultured in the lab, would be a huge step in unlocking their ability to contribute to extending life.