X marks the spot for meaningful information on aging and cognition 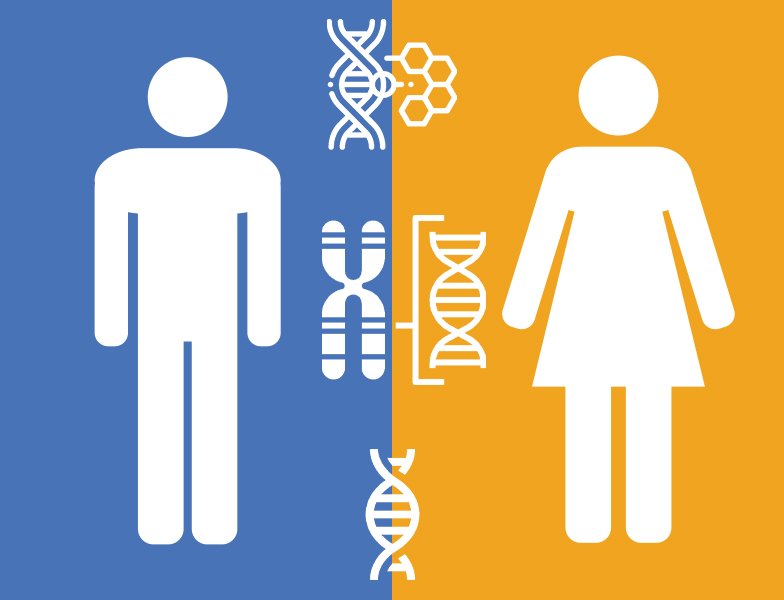 Understanding chromosomal differences between men and women could be the X Factor when it comes to tackling cognitive decline.

A new paper published in Jama Neurology, scientists from University of California, CUIMC, Massachusetts General Hospital and Harvard School of Public Health discuss the association of the X chromosome with the cognitive decline in aging and Alzheimer’s disease.

5% of our genome sits on chromosome X, one of the two sex chromosomes in humans. Specifically, brain tissues display higher expression of X-linked genes than any other tissues [1], but the role of chromosome X on cognitive functions and aging is understudied. However, past analytical challenges for studying “the X” no longer form a barrier for investigating the role of X-linked genes in clinical studies of aging and disease [2].

Longevity.Technology: Dementia is the seventh leading cause of death among all diseases, with consequences – physical, psychological, social and economic – that impact not only the people living with this syndrome, but their families and society as a whole [3]. Alzheimer’s disease accounts for nearly 70% of all dementia cases, and scientists and the pharma industry are constantly researching novel drug targets and tools for early diagnosis or prognosis.

The Jama paper presents the results of RNA sequencing (RNA-seq) – a technique that identifies and quantifies RNA in a sample at a given time-point – of X gene expression in the dorsolateral prefrontal cortex (DLPFC) from two human cohorts [2]. This is a brain region involved in higher cognitive functions such as attention, working memory and executive function. The 508 individuals studied were followed-up longitudinally until death.

Aging is associated with memory impairment and changes in cognitive functioning. In this study, 29 X genes in women were associated with cognitive change at the genome-wide level. In men, X genes showed no such significant association, despite exhibiting similar cognitive decline as women [2].

For 19 of the 29 X genes, increased RNA expression was associated with slower cognitive decline. Some of these genes code for proteins involved in synaptic transmission and plasticity [2]. Neuroplasticity is the ability of the brain to create new connections and pathways, even changing how the circuitry of the brain is wired-up; these changes allow learning and memory to function properly.

Neurofibrillary tangles (NFT) represent the abnormal accumulation of Tau – a protein that normally maintains the integrity of the internal skeleton of neurons – inside neurons. Such aggregates disrupt the communication between neurons, leading to a loss of function and eventually cell death [4]. The Jama paper shows that although in this study men displayed a lower NFT burden than women, X genes – like UBL4A encoding a protein folding factor – were only significantly associated with Tau pathology in men [2]. This suggests the existence of a male-specific X biology.

X gene expression was associated with cognitive changes in women but not in men, while things worked the other way around when looking at the neuropathological tau burden [2]. The high X gene expression-slow cognitive decline seen in women could confer resilience and better cognitive outcomes. X homozygosity could thus explain females’ longevity in Alzheimer’s disease and their resilience to higher Tau burden [5,6]. The male-specific X biology could be due to male X hemizygosity [2].

The X chromosome is home to various factors contributing to neural function, including epigenetic regulators, “longevity” genes like FOXO4 (a transcription factor that can induce cellular senescence), or simply genes linked to Alzheimer’s pathology [2,7]. However, their contribution to biological pathways, considering sex differences and specificity of biomarkers, of aging and Alzheimer’s disease remain unknown.

From a wider perspective, this research adds to the growing groundswell of opinion that the female sex has not been included in how diseases are understood, diagnosed or treated. Researching and understanding these nuances in basic principles of biology will lead to a greater range of models that are more effective in working towards successful therapies for diseases of aging, as well as being able to put preventative measures in place.

This week, we launched our report into ovarian aging in which we will argue that there needs to be a radical rethink of women’s reproductive health, not only to extend fertility and delay the menopause, but to understand the role that the aging of ovaries – the pacemaker of aging in women – has on women’s life expectancy.

Image by Furiosa-L from Pixabay