News > InnovationXenoTherapeutics gears up for Series A in 2020 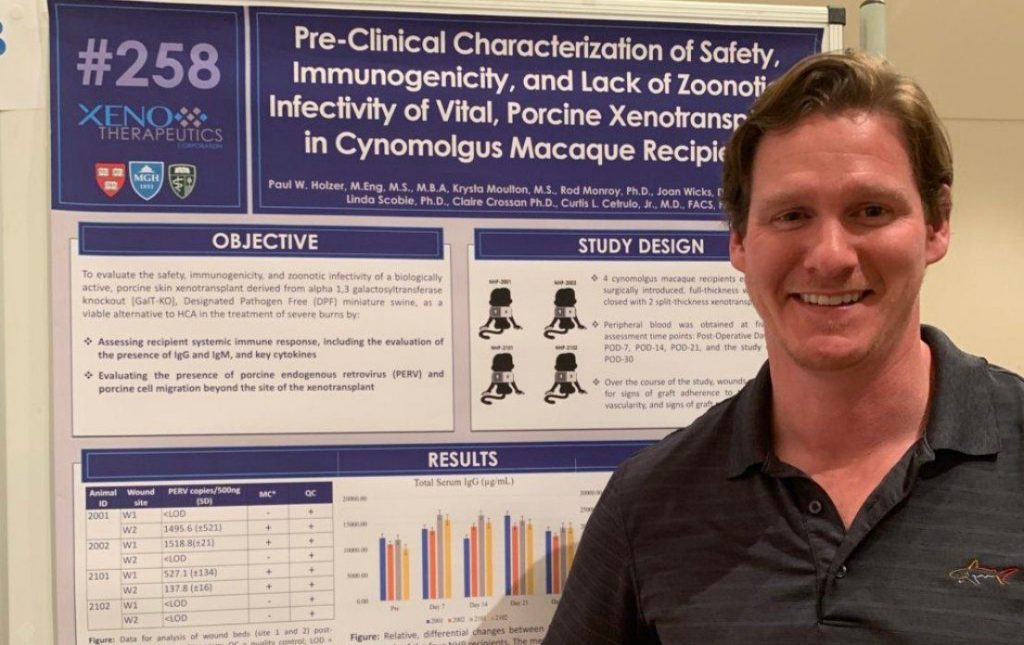 A burns unit at Massachusetts General Hospital recently became the first ever to use pathogen-free swine tissue to close the wound of a burns patient, the Boston Herald reports. The “skin” used in the successful transplantation was Xeno-Skin, the first product from XenoTherapeutics, a Boston-based regenerative medicine company.

Longevity.Technology spoke to XenoTherapeutics CEO Paul Holzer to find out more about the procedure and its funding plans.
“While these are interim results, they clearly represent a small – but unprecedented – step in translating the very promising field of xenotransplantation from theory to therapy,” said Holzer. “This initial achievement is also incredibly humbling – to see this come to life – and great credit is due to the countless numbers of people who made this moment possible.

XenoTherapeutics will continue its relentless focus on safe completion of its Phase I trial, with the ultimate goal of reaching market entry to provide treatment for thousands of patients who are desperately waiting for an equivalent alternative to human allograft.”

Human allograft skin is the current standard of care for burn victims requiring temporary skin covering, but the supply is limited and filled with logistical constraints – especially for patients with burns covering 20% or more of the total body surface area who cannot risk receiving their own skin from unharmed parts of the body.

According to XenoTherapeutics, Xeno-Skin is the only live-cell xenotransplantation product that temporarily restores a wound’s barrier and allows for full closure. It consists of pathogen-free swine tissue that has been “humanised” to function on a wound site equally as well as human allograft skin, providing a biological bandage that helps retain critical electrolytes supporting skin regeneration underneath.

“Xenotransplantation is inevitable,” said Holzer. “Strategic collaborations continue to translate our discoveries from cellular to surgical. We will vigorously investigate the realm of what’s possible in xenotransplantation on behalf of the tens of thousands of patients who are desperately waiting on us for a future solution to the current organ shortage crisis.”

The company has been grant funded to date, but is preparing for a Series A funding round in 2020. Prior to the Series A, the company plans to enhance its valuation through the completion of key milestones, including:

“We have a well characterized plan to advance several products through the development phase as well as pragmatically expand our current footprint and size of our team to support several concurrent lines of operation,” said Holzer. “We are going to balance growth with capability – from my time in the Navy, the saying still rings true – ‘we will only move as fast as we can well’ but we move with a sense of urgency because there are patients waiting on us.”

Our TRL score for the xenotransplantation market is currently set at:

But the TRL score for the technology addressed in this article is: “Technology refined and ready for initial human trials.”