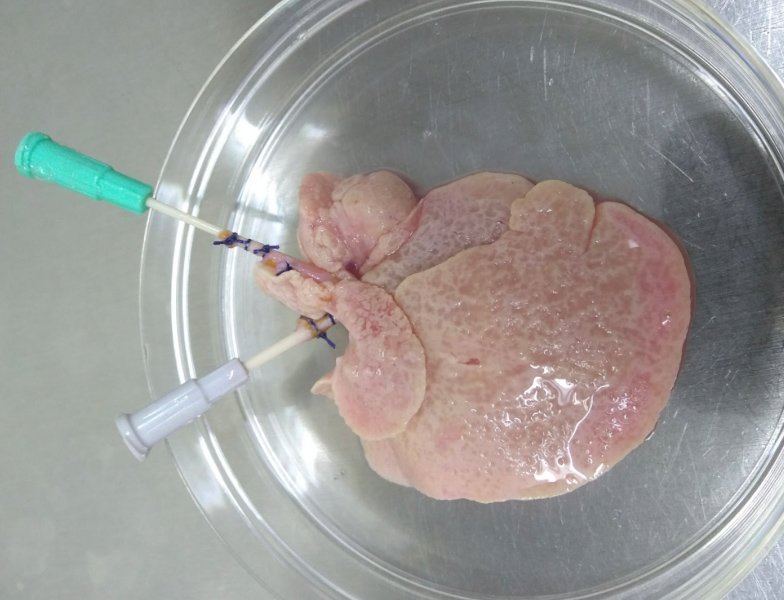 Extracellular matrix obtained by controlled decellularisation is used to reconstruct the liver with human-like characteristics, paving the way for transplantable livers.

Researchers at the Human Genome and Stem Cell Research Center (HUG-CELL), hosted by the University of São Paulo‘s Institute of Biosciences (IB-USP) in Brazil, have developed a technique to reconstruct and produce transplantable livers in the laboratory.

Longevity.Technology: This proof-of-concept study was conducted with rat livers; it will be interesting to see the results of the next stage of the research, when the HUG-CELL team adapt the technique for the production of transplantable human livers. Being able to increase the supply of these organs for transplantation in the future will be a literal lifesaver; in the US alone, more than 110,000 people are on the national transplant list. 20 people die every day due to lack of available organs for transplant and every 10 minutes a new name is added to the national transplant waiting list.

“The plan is to produce human livers in the laboratory to scale. This will avoid having to wait a long time for a compatible donor and reduce the risk of rejection of the transplanted organ,” said Luiz Carlos de Caires-Júnior, first author and a HUG-CELL postdoctoral fellow [1].

The methodology is based on decellularisation and recellularisation, tissue bioengineering techniques developed in recent years to produce organs for transplantation. An organ from a deceased donor, in this case the liver, is treated with various solutions containing detergents or enzymes to remove all the cells from the tissue, leaving only the extracellular matrix with the organ’s original structure and shape.

The extracellular matrix is then seeded with cells taken from the patient. The technique avoids immune system reactions and the risk of rejection in the long term; patients are currently aggressively medicated post-transplant, which can significantly reduce outcomes, so a rejection risk-free therapy would extend both lifespan and healthspan. 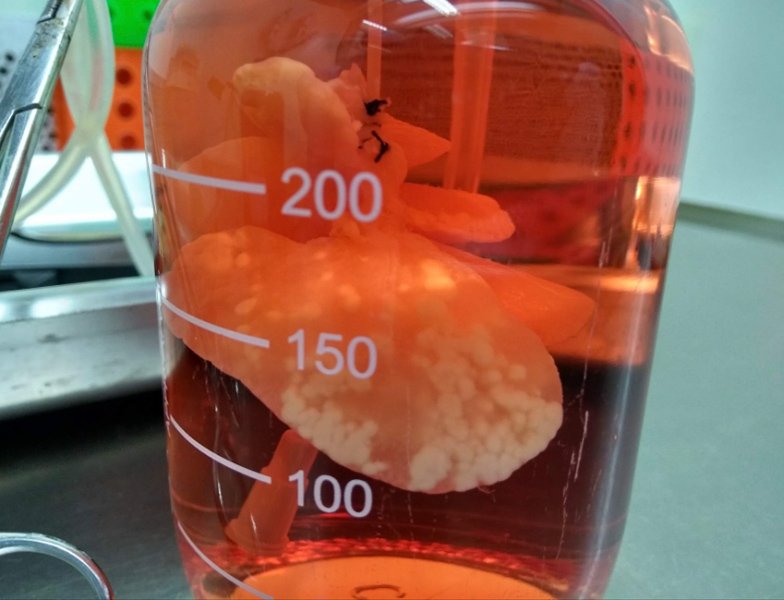 “It’s comparable to transplanting a ‘reconditioned’ liver. It won’t be rejected because it uses the patient’s own cells, and there’s no need to administer immunosuppressants,” said Mayana Zatz, HUG-CELL’s principal investigator and last author of the article [1]. 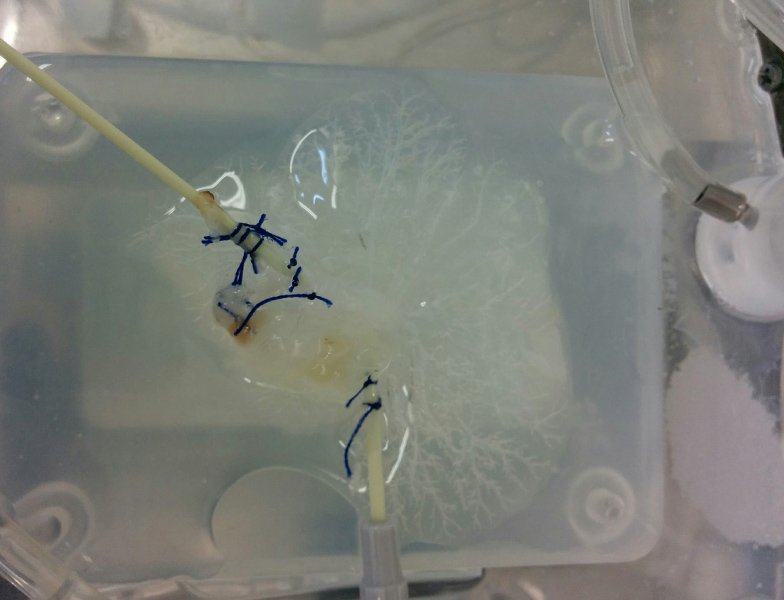 To overcome this obstacle, the HUG-CELL researchers enhanced the technique by introducing an extra stage between decellularisation and recellularisation. After isolating and decellularising rat livers, the scientists injected into the extracellular matrix a solution rich in molecules such as SPARC and TGFB1, proteins produced by liver cells grown in a laboratory in a conditioned medium. These proteins are essential to a healthy liver as they tell liver cells to proliferate and form blood vessels.

“Enrichment of the extracellular matrix with these molecules lets it become much more similar to that of a healthy liver,” Caires-Júnior said [1].

Rat liver extracellular matrices were treated with the solution, and hepatocytes, endothelial cells and mesenchymal cells were introduced into the material. The mesenchymal cells were derived from human induced pluripotent stem cells (iPSCs), produced by reprogramming adult skin cells (or cells from other easily accessible tissues) into an embryonic-like pluripotent state.

“We expect to see transplant organ factories in future…”

“The study shows it’s possible to induce human stem cell differentiation in cell lineages that are part of a liver and use these cells to reconstruct the organ so that it’s functional. It’s proof of concept, the first demonstration that the technique works,” said Zatz [1].

The liver cells were injected with a syringe pump into rat liver extracellular matrices to produce an organ with human characteristics. It grew for five weeks in an incubator that simulated the conditions in the human body. Analysis showed that extracellular matrix enrichment with SPARC and TGFB1 significantly improved recellularisation. 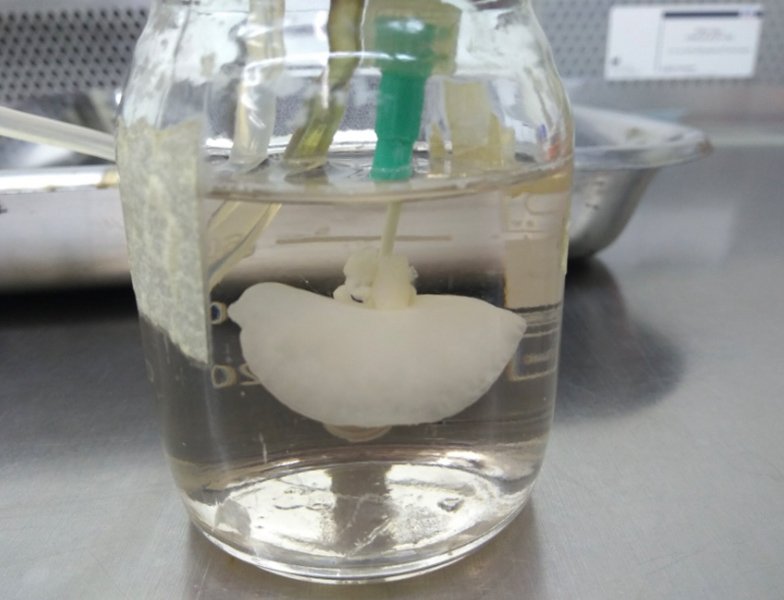 “The treatment made the liver cells grow and function more vigorously,” Caires-Júnior said. “We plan to build a bioreactor to decellularise human livers and study the possibility of producing them to scale in the laboratory [1].” The technique can be adapted to produce other organs, such as lungs, hearts, and skin, he added.

Organ factories of the future

The project is part of one of the research lines pursued by HUG-CELL to produce or reconstruct transplant organs using different techniques. The HUG-CELL team aim to modify pig organs such as kidneys, hearts and skin for transplantation into humans. Pig livers would be rejected if they were transplanted into humans, so the researchers are pursuing other strategies, such as 3D printing, as well as decellularisation and recellularisation.

Zatz commented: “These are complementary approaches. We expect to see transplant organ factories in future,” [1].

Longevity.Technology spoke to Luiz Carlos de Caires-Júnior about this exciting research. “With regard to future vascularisation in humans, the expected advances in the use of SPARC and TGFB1 are significant and can greatly accelerate the achievement of promising results,” he told us, “but we still need to generate this data to understand the timing of the technology’s entry into clinical application.

“Many advances have been made in the formulation of semi-solid matrices for bioprinting. Therefore, in the near future, the two technologies will be associated and can be applied in clinical use. The development of the technology will still take 4-6 years. Thereafter, we plan to start clinical trials that can range from 2-4 years.”