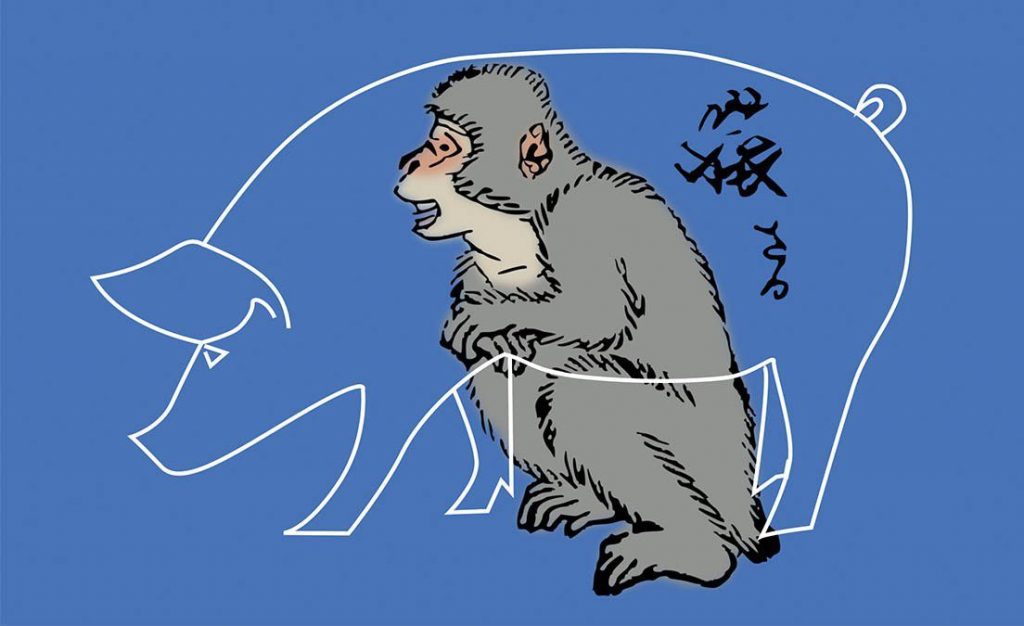 In a world first, pig-monkey chimeras have survived to full term in what could be a breakthrough for organ transplantation.

The idea of creating a human-animal chimera or an interspecies hybrid of any kind has long proved controversial. However, despite ethical considerations, the technique is now very much a reality.

While once chimeras were a concept existing only in legend, in the latest development in this field of research, scientists at the State Key Laboratory of Stem Cell and Reproductive Biology in Beijing have created pig-monkey chimeras [1].

The creatures may have looked like regular piglets. But, inside, they contained monkey cells. These porcine-primate hybrids are particularly significant as it is the first time that monkey-pig chimeras have been brought to full term.

Researchers injected stem cells from monkeys into pig embryos and then implanted those embryos into a sow using IVF techniques. While the pigs only lived for a week, it is the first time that such creatures have survived at all, which is why this latest research is being lauded as such a medical breakthrough.

When they died, the piglets were found to have monkey cells in some of the most significant organs of their body, including the heart, liver, spleen, lungs and skin.

The move follows previous developments including the Japanese government giving the green light for human-rodent chimeras. Scientists were given permission to create human pancreases in the animals. Research is also under way in the development of human-monkey [2], human-sheep [3], and human-pig chimeras [4].

Even though the pig-monkey chimeras did not live for long, it is a significant addition to the xenotransplantation field which has an end goal of growing whole human organs in animals so they can be transplanted into humans.

It is clearly a field of research which could be significant – not just for those who suffer organ failure because of birth or genetic defects, but also for those whose organs are failing as a result of age-related conditions.

However, ethicists have called for a cautious approach as a result of moral considerations. And some scientists say researchers are chasing a pipe dream. Stem cell biologist Paul Knoepfler described the research as “fairly discouraging” given the low chimeric efficiency and deaths of the pigs [6].

The pig-monkey team is now embarking on further research in a bid to prove that the technique can work. First, they will aim to grow pigs to full term with an even higher concentration of monkey cells, before aiming to grow a whole primate organ in pigs.