Proving the Longevity potential of NAD+ 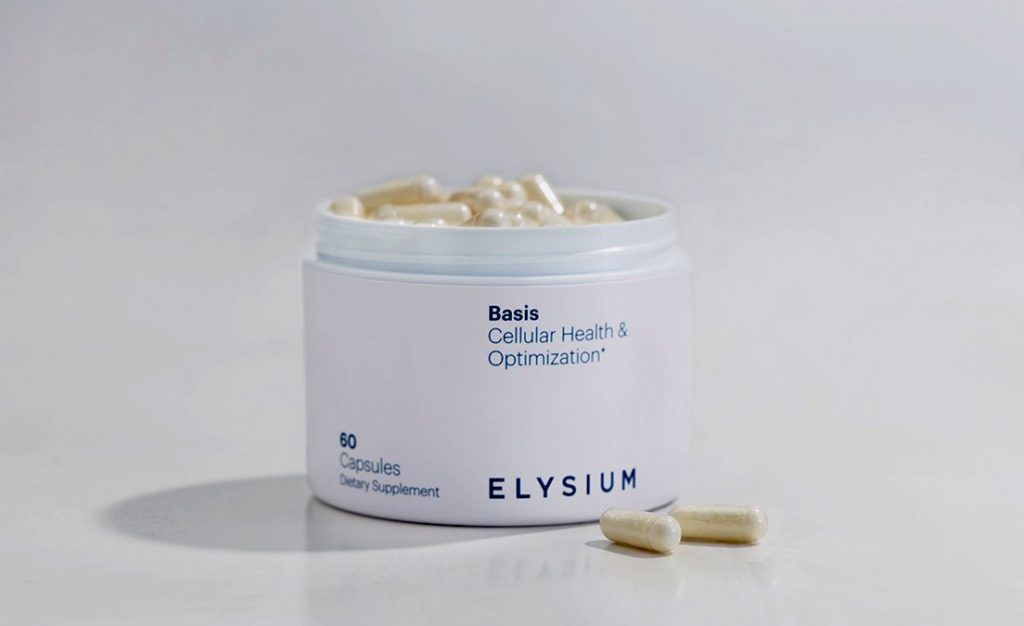 When it comes to the world of consumer anti-aging supplements, there are few higher-profile companies than New York’s Elysium Health. The company recently closed a $40m Series C round and announced a clinical trial to study correlations between epigenetic aging and NAD+ levels in our bodies.

The trial makes a lot of sense when you consider Elysium’s main product Basis claims to support cellular health by increasing and sustaining cellular NAD+ levels and activating sirtuins, also known as the “guardians of the genome.”  At this stage, the company makes no specific claims around the anti-aging capabilities of Basis, but it’s no coincidence that the company has also introduced Index – an at-home epigenetic test for biological age measurement.

Elysium’s CEO is Eric Marcotulli, a Harvard Business School graduate and former partner at Sequoia Capital. We recently caught up with Marcotulli to find out more about how Elysium got started and where the company is headed.

The company can trace its origins to the discovery of sirtuins in the ‘90s by MIT Professor Leonard Guarente and his former student David Sinclair – now one of the leading luminaries in anti-aging science. This discovery led to the creation of Sirtris Pharmaceuticals, which was ultimately acquired by GlaxoSmithKline in 2008 for $720m. While at business school, Marcotulli came across Sirtris as a case study and was fascinated by the apparent broad capability of sirtuins to deliver a wide range of health benefits, including life extension.

“I was in the minority but very firmly in the camp of going after aging and building something that’s direct to consumer,” he recalls. “And my most passionate argument for that was that I wanted this for myself and to be able to provide this for my parents and my family. And I couldn’t imagine a scenario where anybody would disagree with that.”

Marcotulli made contact with Dr Guarente to find out more, and learned that sirtuins were dependent on NAD+ and that NAD+ levels in our bodies decline over time.

“So Lenny said that we were literally right on the frontier of this, and if we could develop products that address both of these issues, there’s something there that could be revolutionary,” he says. “We came together around the table with the vision that this should be direct to consumer and so all that overlap really underscored the initial creation of Elysium.”

Basis was the company’s first product and Elysium has already shown in a large scale human study that two different doses of Basis increase NAD+ levels safely and sustainably. The company is also engaged in studies looking at the impact of Basis on things like kidney injury, fatty liver, and frailty and muscle regeneration in the elderly.

“If even half of these types of trials are successful over time is, in our consideration, nothing short of tremendous,” says Marcotulli.

… one of the challenges the company faced was how to measure aging itself … so the company reached out to Dr Morgan Levine at Yale University.

But one of the challenges the company faced was how to measure aging itself. At the time, tools to quantify aging accurately didn’t exist, so the company reached out to Dr Morgan Levine at Yale University.

“She has been, in our opinion, the pioneer in the quickly developing and fast growing space of epigenetics, and specifically in the analysis of methylation data,” says Marcotulli. “And what she is able to give you is a is a very specific singular number that can help you understand how fast someone or something is aging, and what the biological age versus the chronological age of that person or thing in the experiment is.”

Dr Levine joined Elysium as its bioinformatics advisor, and has led the development of the Index testing kit and its underlying technology – the Algorithmic Platform for Epigenetic Examination (APEX). This also gives Elysium the ability to conduct studies into to the impact of Basis on aging, and the first step in this is the current NAD+ trial, which is essentially establishing a baseline for NAD+ levels as they relate to biological age.

“That sets the stage potentially for an intervention trial,” says Marcotulli. “If these results do show that there’s a link between NAD+ levels and your rate of aging, using this technology, then we can actually go and start to do trials that say, over the longer term, can we actually impact your rate of aging in a positive fashion?”

Marcotulli expects the current trial to complete in the April timeframe, and is hoping to be able to share results publicly as early as the end of April or May. The new funding received in December will ensure the company is able to push on with its work on Basis, but also to drive forward new developments.

“We’d really like to use this round to get to a position of cash flow breakeven or positivity over the next 12 and 24 months,” says Marcotulli. “The good news is that the products work, and people love them. And so we have a very high rate of retention, people stay on the product for a very long time.”

“But we also have a whole host of products that we’ve been developing over the last several years that fit both the interventions bucket and the measurement bucket,” he adds. “So I’ll be able to put the requisite capital behind those to get them to a place where we can launch them with validated human data over the next 12 to 24 months as well.”