News > BiotechRejuvenation: If I could turn back time …

Rejuvenation: If I could turn back time … 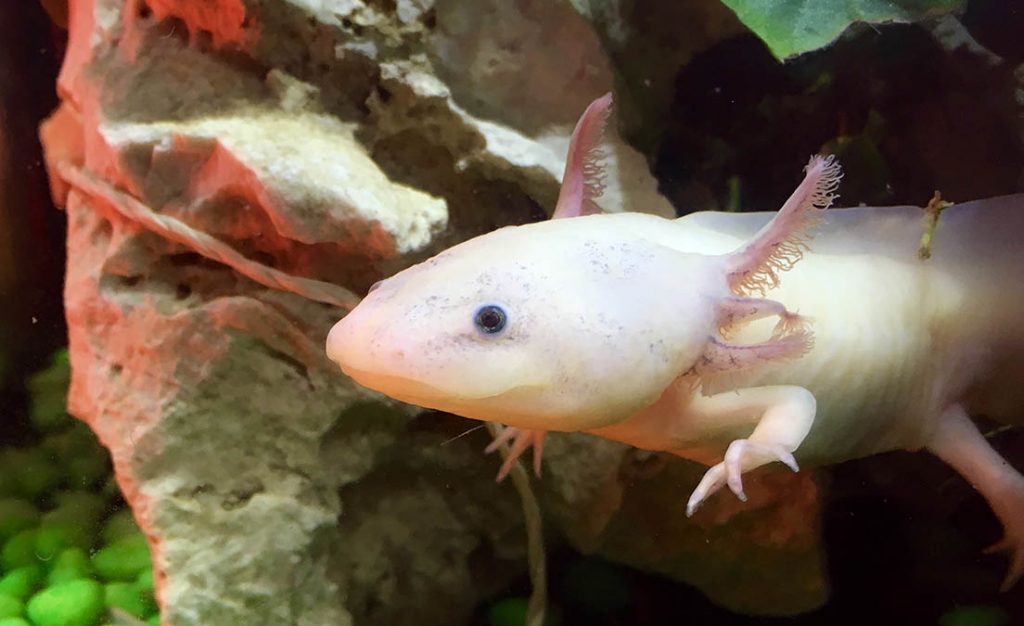 Bioquark looks to nature for the answers to regeneration and rejuvenation.

Last week, the BBC reported on the plight of axolotls in Mexico City, which are under threat of extinction. [1] The risk to these creatures is made doubly concerning when you consider their incredible ability to regenerate and apparent immunity to cancer, which is of great interest to scientists and companies working in the Longevity sector. One such company is Bioquark, a Philadelphia-based life sciences company that is working on the development of combinatorial biologics for the rejuvenation and repair of human organs and tissues.

Among its clinical plans, it lists the development of therapeutic products for cancer reversion, organ repair and regeneration, and even brain death resuscitation. Nothing major then!

Bioquark has developed a novel combinatorial biologic called BQ-A, which mimics the regulatory biochemistry of the living human egg (oocyte) immediately following fertilization. While ooplasm-based reprogramming has been studied in experiments such as in-vitro fertilization and cloning, Bioquark claims it is the first company to apply it to somatic tissue in mammals.

We spoke with Bioquark’s CEO, Ira Pastor, a 30-year veteran of the pharmaceutical industry, to find out more about the company and where it’s headed.

Longevity.Technology: How did you get started?
Ira Pastor: Bioquark was spun-out of the University South Florida back in 2011, initially based on some ideas related to cellular programming, but we decided a little into the process that we didn’t want to be just another cellular reprogramming company. We wanted to really look at the biochemistry within ooplasm that is responsible for reprogramming cells and creating stem cells in the first place. We wanted to understand what was going on there because there were some very interesting parallels between what was happening in ooplasm and the reprogramming concept.

A lot of the exciting things that we saw in regenerative biology literature was about all these other organisms on this planet that are capable of complex regeneration of organs and limbs, or disease reversion dynamics, turning tumours into normal tissue, or even the more out-there stuff, like organisms that turn back time biologically, or die and are reborn. We wanted to understand what they were doing, and try to mimic those capabilities with unique biologic approaches.

Longevity.Technology: And how did you go about doing that?
Ira Pastor: We basically wanted to approach this next generation of regeneration, disease reversion and rejuvenation in the way nature does it, as opposed the old school interventions of the 20th century, where pharma just tried to target individual components of a biologic system. When we look at some of these dynamics – like regeneration, like age reversal or anything along that spectrum – it’s going to require more than the traditional single magic bullet that Big Pharma likes to develop.

If you consider the way that traditional pharma works or even something like the SENS approach to things – they are all great approaches, and I’ve no doubt that valuable pharmacotherapeutic intervention will come from them. But whether they are capable of doing the really big thing in terms of actually turning back biologic age in an organism is a different thing. So we position ourselves slightly differently in that we look at this from a higher level – there’s a lot more going on in biology than just this target or that target, and we really need to think much more comprehensively about the complex systems behind the scenes.

“… there’s a lot more going on in biology than just this target or that target, and we really need to think much more comprehensively about the complex systems behind the scenes.”

Longevity.Technology: Where does the business stand today?
Ira Pastor: Since we’ve started, we’ve been doing what I would call biologics development 101 – everything from characterizing what we have in terms of proteomics, microRNA analysis, traditional in-vitro screening, animal models. Everything that you would think of in traditional drug discovery and development pre-clinically. We’re very focused on standardisation and how we optimise something that may have seven proteins in it as opposed to one – very much like some of these other complex biologics.

Simultaneously, because we have some flexibility in regard to the raw materials and the moieties we are working with, we have opportunities to address the non-pharma segment.

There are unique opportunities for us in cosmetic products and consumer packaged goods on the nutrition front that we are taking advantage of as well and generating some revenue there. So we are not just in a purely a drug development play in the sense of more traditional pharma – we have some interesting regulatory flexibility.

“So we are not just in a purely a drug development play in the sense of more traditional pharma – we have some interesting regulatory flexibility.”

And lastly, we are taking advantage of the fact that some of our materials may not be considered drugs in other countries. So we are constantly looking at interesting regulatory arbitrage opportunities where we can do our phase zero work in humans in different countries with these types of materials. We look at ourselves as a rather diverse platform – yes, our long term interests are biopharma – but we are going to be opportunistic as we move along that pathway outside of the US and in other products.

Longevity.Technology: What is your roadmap towards human trials?
Ira Pastor: The roadmap here in the US is for continued development of our of our non-human work and we have a three year plan to human trials in the United States, based on an orphan disease indication. Most likely an orphan kidney indication. Beyond the US, we’ve been partnering up with a couple of different groups, one in Thailand, one in India and one in Mexico, to do some phase 0/1 type work in spinal cord injury.

Longevity.Technology: On your web site you also talk about other areas beyond organ rejuvenation, such as cancer reversion. Where do these figure in your pipeline?
Ira Pastor: We haven’t gone too far in terms of a clinical plan there yet. A lot of that is based on a rather fascinating set of literature that goes back to the 1940s looking at the fascinating abilities of regenerative organisms to basically turn cancer into normal tissue.

And this is very interesting in the context of this regeneration rejuvenation story just because the same mechanisms that many of these organisms used to turn back time and regenerate are the same ones they used to turn back time and tumours and just turn them into normal tissues. So it’s not high on the priority list today but it is something that we’re indeed looking at.

Longevity.Technology: How is the company funded?
Ira Pastor: To date, we received about $5 million from high net worth individuals on the US east coast – no institutional private equity as yet. For what we’re trying to prove, what we’re trying to do, we are keeping this as organic as possible for the time being, before we step into the more traditional field.

Longevity.Technology: Where does Bioquark rejuvenation fit in the growing Longevity sector?
Ira Pastor: We don’t we don’t position ourselves as an anti-aging company per se, but we feel that real rejuvenation and reversal of biological aging will come from learning about how other organisms do it. We are less confident that the answer will come from more traditional drug approaches, but in really studying the complex systems biology of how other organisms turn back time and reverse their age – whether that’s in limbs, body segments or their whole organism.