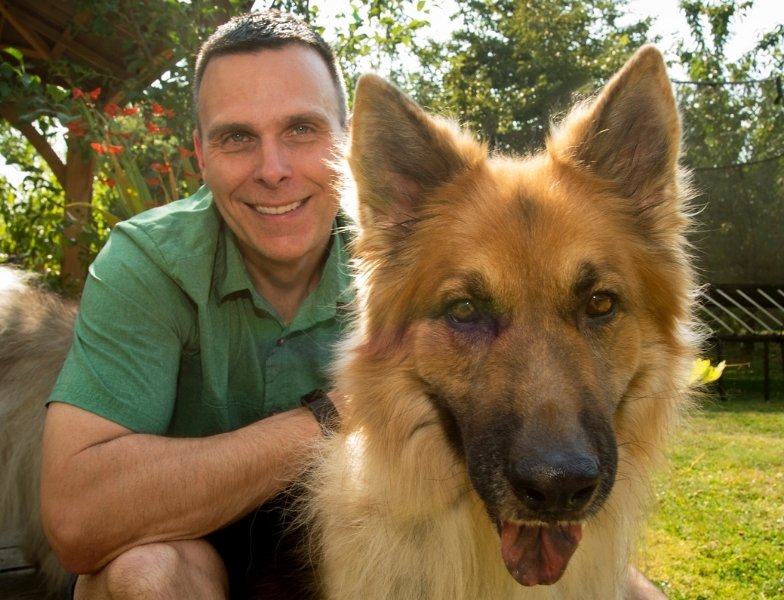 Later this week, The Coalition for Radical Life Extension kicks off its annual conference – RAADfest 2021. With the goal of changing how radical life extension is viewed and understood, the event brings together a host of speakers from across the world of longevity.

Longevity.Technology: One of the speakers at this year’s RAADfest is University of Washington professor Matt Kaeberlein – widely respected for his lab’s work exploring various mechanisms of aging in order to drive the discovery of potential interventions to improve human healthspan. We caught up with Kaeberlein ahead of the conference to find out what delegates can expect to hear from him.

A significant part of Kaeberlein’s current focus is on an initiative called The Dog Aging Project, which aims to demonstrate that companion dogs can provide a compelling model for aging and age-related disease in humans. The project has just started a clinical trial using rapamycin in healthy dogs that hopes to show improvement in lifespan and healthspan.

Moving interventions into the real world

Kaeberlein believes that rapamycin is the “best shot on goal right now” for a longevity intervention in a clinical trial, and that studying man’s best friend makes sense for several reasons.

“I think that it’s important to be doing these kinds of studies to start to move some of these interventions from the basic science, preclinical, world out into the real world,” he says. “In my opinion, companion dogs are a really powerful way to do that, because you can get answers in a reasonable timeframe, and you can actually do true aging and longevity clinical trials, which is simply not feasible right now in people.”

Celine Halioua’s startup Loyal, which has just secured a $27 million funding round, is also betting that solving aging in dogs can accelerate the path towards aging interventions in humans. The argument makes sense – dogs are affected by many of the same age-related diseases as humans, and also share the same environment, which means they are exposed to similar risk factors.

“Those smaller studies really gave us a lot of confidence on the dosing and the timeframe of the larger trial,” says Kaeberlein. “And so what we’ve been doing mostly throughout the COVID pandemic, is really building the infrastructure to carry out this large-scale, long-term clinical trial.”

Lifespan as a primary endpoint

This month, the project has started seeing the first dogs at three of its seven clinical sites across the US. The three year study focuses on seven year old dogs weighing at least 40 pounds at the time of enrolment. And, crucially, they have to be healthy.

“That’s why I say this is really, to the best of my knowledge, the first true clinical trial for aging or longevity, because this is a healthy aging study,” says Kaeberlein. “The dogs can’t already have an age-related disease at the start of the study – this is really just to find out if we can maximise healthspan. I think this is the first clinical trial where lifespan in a healthy population is the primary endpoint.”

While lifespan is its primary endpoint, the trial will also look at multiple secondary endpoints, including age-related functional declines such as heart function, cognitive function, kidney function and activity.

The initial plan was to conduct a randomised trial of 350 dogs, half on a placebo, half on rapamycin, which Kaeberlein says would have provided the statistical ability to detect around a 14% increase in lifespan. But, following a recent donation from crypto entrepreneur Brian Armstrong, Peter Attia and others, the plan is now to expand the trial to around 600 dogs.

“This will get our statistical power down below 10% for lifespan, which is right in the range for the smallest effect that’s been reported in mice, so that’s the rationale for trying to hit that that level of detection,” says Kaeberlein.

The statistical measurements were calculated through a collaboration with several private practice veterinary clinics across the US, which gathered survival data on more than 20,000 dogs.

“We were able to use this data to calculate in this demographic (body size group, age group) – what is the expected length of survival from entry into the trial,” says Kaeberlein. “And that’s how we generated this statistic to say if we have X number of dogs, we can detect X percent change in survival.”

Potential impact on the aging field

Of course, a trial focused on the lifespan of dogs as its primary endpoint also has a significant emotional element associated with it.

“The only way we can detect a increase in lifespan is if a significant fraction of dogs in the study die during the study,” says Kaeberlein. “And when your dog dies, that’s an extremely emotional thing, so we are really trying hard to set expectations appropriately, before people come into the study, so that they understand that there’s a chance their dog is going to get sick at some point during the study, and might even pass away. It doesn’t mean that it has anything to do with the drug, but it’s the only way we can do this study.”

If the trial were to demonstrate a positive effect on lifespan or healthspan in pet dogs, especially if without significant side effects, Kaeberlein hopes that this would go some way to putting rapamycin back on the agenda for potential use in humans. But he also hopes a positive trial in dogs would have a broader impact on the field of aging and geroscience in general.

“I still think that the average person either thinks that targeting aging is science fiction, or they think it’s a bad idea,” he says. “And so I think that one way to connect with the average person is if they can see that their companion animal is healthier, living longer, and they believe that it’s possible to modulate the biology of aging in their pet, then that will have an impact on the way they think about aging in themselves.

RAADfest 2021 starts this Friday and continues throughout the weekend. Register to attend here!