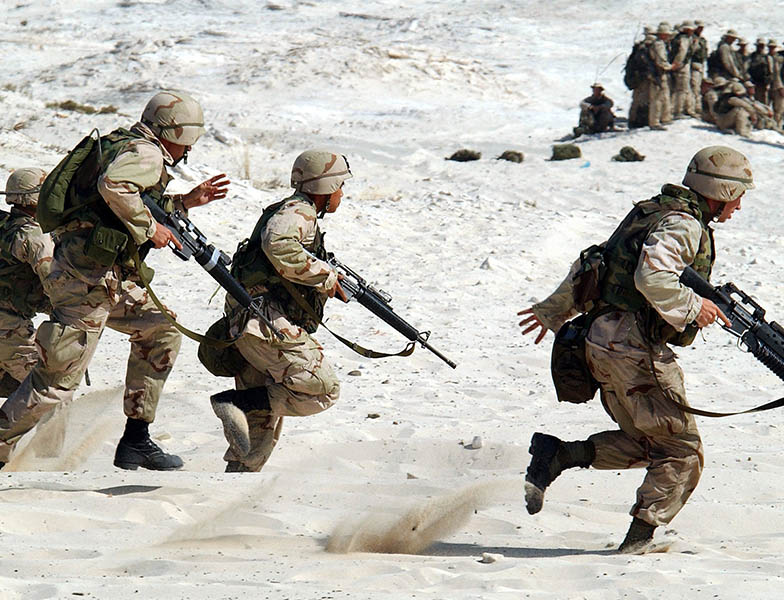 From delaying the onset of aging, to improving recovery time, the US military has its sights set on the age of marvel.

From duct tape to the EpiPen, military necessity has often been the mother of invention. Now Special Operations Command, part of the US military, is in the run-up to clinical trials that will test a pill that has been designed to reduce, or even block several degenerative effects of aging.

Longevity.Technology: Captain American may be a fighting fit centenarian, but we don’t think the US military has designs on a super soldier serum. Why, then, in this age of tech, agetech, stealthtech and supertech, are the military going back to manpower? Soldiers are still key to the military’s strategy and operations; improving recovery time, reducing the effects of injury and improved human performance all help to keep better, fitter boots on the ground for longer.

“These efforts are not about creating physical traits that don’t already exist naturally,” Hawkins told Breaking Defense. “This is about enhancing the mission readiness of our forces by improving performance characteristics that typically decline with age. Essentially, we are working with leading industry partners and clinical research institutions to develop a nutraceutical, in the form of a pill that is suitable for a variety of uses by both civilians and military members, whose resulting benefits may include improved human performance – like increased endurance and faster recovery from injury [2].”

NAD+ is a co-enzyme; found throughout our body, it is involved in a multitude of important metabolic processes, but levels drop off with age, making it harder for our body to produce the energy we need to maintain our health. Declining NAD+ levels are, therefore, linked to the development of age-related disease.

NAD+ is available in various supplements, as are its precursors nicotinamide riboside (NR) and nicotinamide mononucleotide (NMN). Although specific details of the pill undergoing testing have not been released, Metro International Biotech have already developed several proprietary precursor compounds for NAD+.

As well as playing a critical role in energy production in cells as part of the the adenosine triphosphate (ATP) cycle. NAD+ is a signalling molecule ensuring sirtuins play their vital role in metabolism and poly-ADP ribose polymerases (PARPS) aid in cellular and DNA repair.

SOCOM science and technology director Lisa Sanders told the Defense One Defense Tech Summit that the Special Operations Command’s use of OTAs and Middle Tier Acquisition authorities has enabled it to “explore things in this burgeoning sector of biotechnology,” by fostering partnerships with industry, research institutes and laboratories and encouraging commercial research that could result in health-related results for military personnel [2].

Sanders explained that SOCOM has “stayed out of long-term genetic engineering – that makes people very very uncomfortable, but there’s a huge commercial marketplace for things that can avoid injury, that can slow down aging, that can improve sleep [2].”

Sanders told Breaking Defense: “This small molecule has the potential, if it is successful, to truly delay aging, truly prevent onset of injury – which is just amazingly game-changing [2].”

With performance testing scheduled for “fiscal year 2022,” according to Hawkins, any successful therapy could be rolled out for purchase by the general population soon thereafter. However, the most successful longevity strategy is likely to be one that combines the ability to slow down damage accumulation, while successfully repairing damage already incurred, so we shouldn’t roll out the red carpet for Captain America just yet.