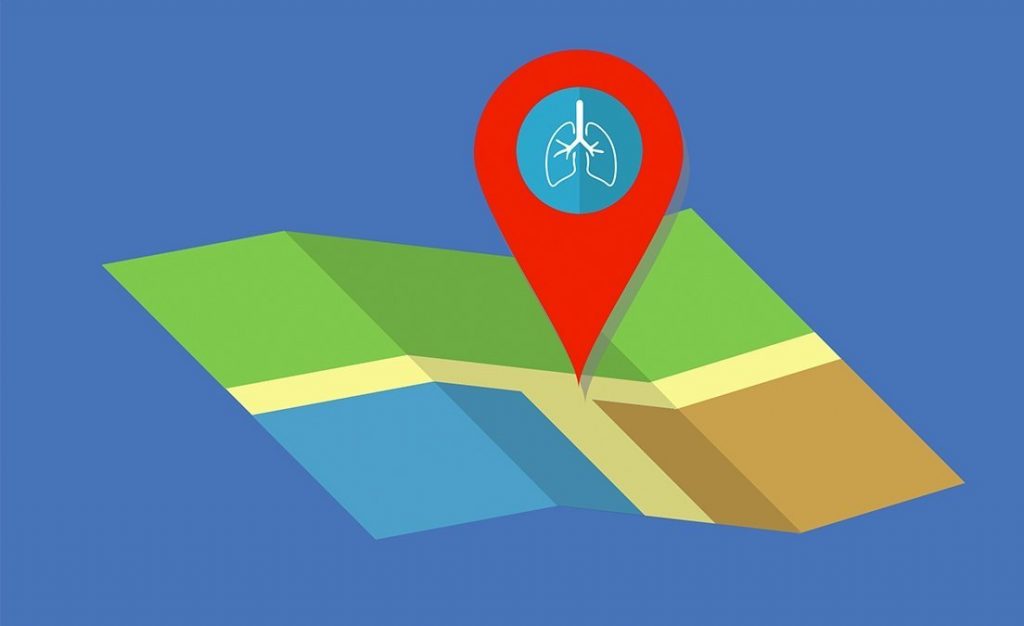 The most detailed map of the human lung ever produced could hold the key to the creation of new therapies.

The lung has always been known to contain a great variety of cells, but scientists are only beginning to understand exactly how many after a breakthrough study found 14 types of lung cells that were previously unknown to science. It is now hoped the creation of a new, extensive lung map by researchers at Stanford University could pave the way for better understanding and treatment for lung disease as well as, potentially, Covid-19 [1].

Longevity.Technology: Lung disease is currently one of the biggest killers in the world. Chronic Obstructive Pulmonary Disease (COPD) alone kills more than 250 people worldwide every hour, making it the third largest cause of death globally. [2] According to the World Health Organization (WHO), the leading causes of death in the world for 2019, the latest year for which the statistics are available, were heart disease and stroke followed by COPD. However, other lung conditions including trachea, bronchus and lung cancers were also in the top 10 leading killers, at number 6. [3]

When you consider that COPD is more prevalent in older age groups, particularly among older women [4] and that lung cancer is predominant in those over 65 [5], it’s clear that a deeper understanding of how the lung works and is affected by treatment could have a significant impact on health and lifespan for an aging population.

A team of molecular biologists from Stanford has made a noteworthy addition to this understanding with the creation of the most extensive map of the lungs ever made.

The new lung atlas now has “broad implications for physiology and medicine, providing insight into the functions, regulation and interactions of the known and new cell types.”

The researchers from Stanford University in Palo Alto and also the Chan Zuckerberg Biohub at Stanford and San Francisco used a technique involving single-cell RNA sequencing to analyse the gene expression of 75,000 individual lung cells. They were able to identify 58 different cell types based on the pattern of genes either turned on or off in each cell during their analysis. While the majority of these cells were already known to scientists, 14 are new.

Senior author Mark Krasnow described the push by molecular biologists to map the cells of the human body organ-by-organ as “amazing explosion right now,” while the research paper said the new lung atlas now has “broad implications for physiology and medicine, providing insight into the functions, regulation and interactions of the known and new cell types.”

In an auxiliary study, the team went on to look in more detail at two of the newly identified cell types, which are both associated with the alveoli, the air sacs where the lungs and blood exchange oxygen and carbon dioxide during the breathing process. Krasnow believes the identified cells could, in theory, be used in the next five years in order to regenerate alveolar blood vessels in patients with Covid-19.

With the implications of Long Covid and long-term damage caused to the lungs by C19 only beginning to be understood, this research could could prove incredibly important for healthspan and lifespan of recovering Covid sufferers.

The work may also be important in supporting associated research such as that to use pig organs for human transplant or to artificially create new organs in the lab. As reported by Longevity.Technology, scientists in China are edging closer to being able to transplant pig organs into the human body, and research such as that carried out at Stanford to map the lungs could provide vital insight.

While the research team was using single-cell RNA sequencing in mouse and lemur models for its study three years ago, its work took a different turn when a colleague was diagnosed with lung cancer and offered up his own tissue for the research. Researchers used the healthy part of the resected lung tissue in their latest study as well as healthy tissue from two further donors.

The Stanford researchers are now switching their attention from healthy to diseased lung tissue so they can study lung tumours using the same technique. They needed to examine healthy lung tissue first in order to make a comparison. The results of that study are likely to be released later this year and could lead to significant new understanding of lung disease and cancers and how they could be better treated.