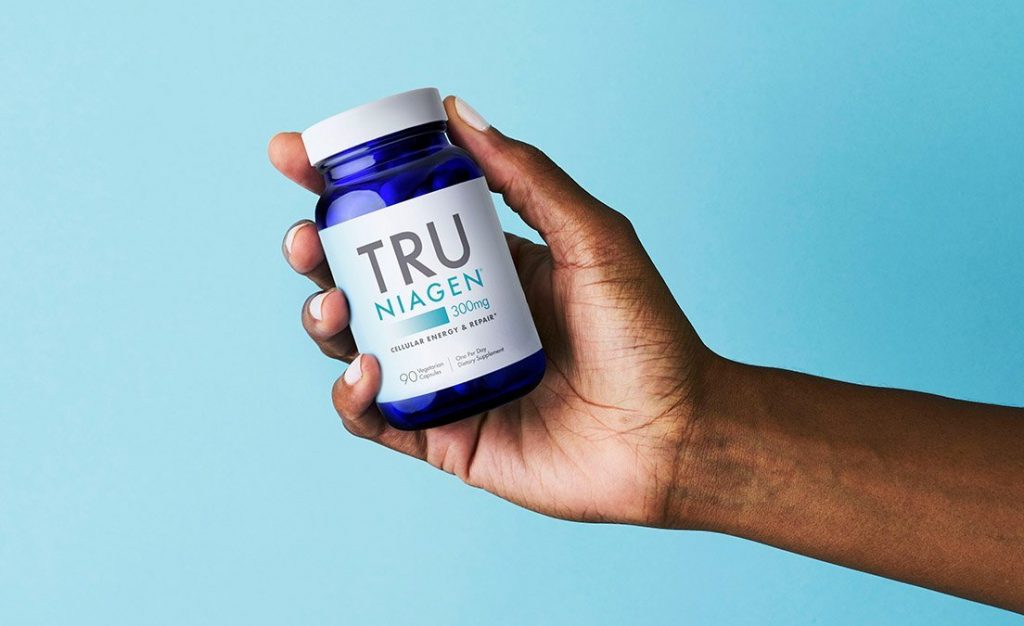 ChromaDex executive highlights the importance of clinical studies to prove the benefits of NAD+ boosting compound.

ChromaDex is the company behind the popular healthy aging supplement Tru Niagen®. Using a key ingredient called nicotinamide riboside (NR), Tru Niagen boosts levels of the vital molecule NAD+ to promote cellular defence, resilience and repair. Since its inception, ChromaDex has been focused on demonstrating that Tru Niagen delivers real healthy aging benefits, and, above all, that it is safe to use.

Longevity.Technology: As the preliminary results of our recent survey showed, safety and efficacy are two of the biggest consumer concerns when it comes to healthy aging supplements. To find out more about NR and its role in targeting aging, we caught up with Dr Andrew Shao, senior vice president of global regulatory and scientific affairs at ChromaDex.

“Although aging is an inevitable process, we can practise healthy aging by maintaining the health of our cells,” says Dr Shao. “Some natural ways to support NAD+ production include eating a balanced diet, limiting alcohol consumption, practising intermittent fasting and exercising regularly. For additional support, taking an NAD-boosting supplement such as Tru Niagen provides extra cellular support and helps to counteract the effects of aging.”

The discovery of NR

The story of NR begins with understanding the role that mitochondria play in the aging process. Inside almost every cell are these tiny, strangely-shaped organelles called mitochondria, also known as “the powerhouses of the cell.”

These mini-organs are responsible for producing 90% of the energy we need in our bodies. The mitochondria are a reason why we exist as the complex animals we are today, rather than bacteria.

“One key way of keeping mitochondria healthy is a molecule known as NAD+, which our cells naturally produce and we use to convert everything we eat into everything we are and do,” says Dr Shao. “We also know our NAD+ supply declines as we age, and through metabolic stressors such as alcohol consumption, overeating, excess sun exposure, and sleep disturbance. So once researchers realised that maintaining levels of NAD+ could be the key to keeping our cells healthy, they scrambled for a way to help our bodies make more of it.”

Nicotinamide riboside was initially discovered in the 1940s in yeast, but it wasn’t until the early 2000s that scientists discovered the potential of this third form of vitamin B3 to not only increase NAD+ but also improve human health in general.

“In 2014, Dr Charles Brenner became the first human to consume nicotinamide riboside as a supplement,” says Dr Shao. “The results were just as promising. This relatively unknown form of vitamin B3 significantly increased his NAD+ levels safely, quickly, and without any negative side effects.”

Proving the safety and efficacy of NR
While the findings produced from Dr Brenner’s self-trial were encouraging, clearly more testing was needed to confirm whether NR was a viable supplement option for humans. So Dr Brenner collaborated with his colleagues at Queen’s University Belfast to perform the first formal human trial of NR.

“In the trial, 12 healthy adults were given a single varying serving of nicotinamide riboside, with seven-day gaps between servings,” says Dr Shao. “Blood and urine samples were collected throughout the trial and analysed. And, in 2016, the promising results were published in Nature Communications, showing that NR supplementation safely increased NAD+ levels.”

ChromaDex, which has commercialised a form of NR called Niagen, has gone on to support publication of more than ten clinical studies, with multiple additional registered clinical studies ongoing. These studies continue to evaluate the role of Niagen and increased NAD+ levels on a variety of functions such as liver function, heart health, and brain health.

“Niagen is safe to take with other supplements and is not known to negatively interact with medications,” says Dr Shao.  “Your daily multivitamin may already contain niacin – a close cousin of NR. However, niacin isn’t usually favoured for NAD+ boosting because of its uncomfortable, skin-flushing side effects.”

Niagen has gone on to achieve regulatory acceptance by the four most stringent regulatory bodies in the world: the US FDA, Health Canada, the European Commission and the Therapeutic Goods Administration (TGA) of Australia.

“What I find so promising about Niagen is that with each clinical study, we continue to find new paths for research on this ingredient,” says Dr Shao. “Our ability to bring this healthy aging ingredient to consumers daily in the form of Tru Niagen is remarkable.”