News > BiotechLet’s get the CAR-T started

Let’s get the CAR-T started 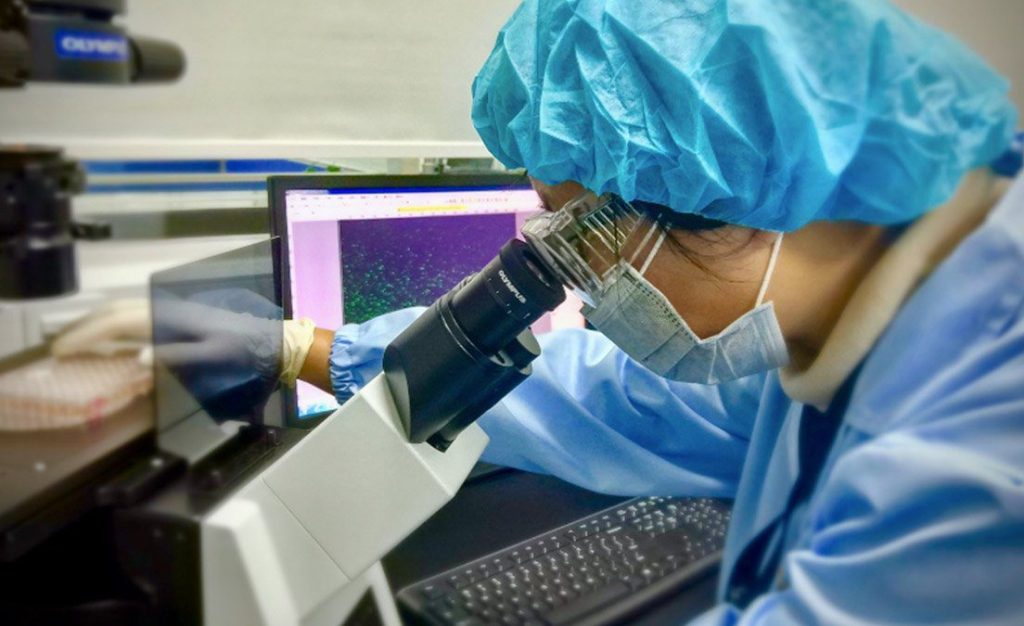 With the cell therapy market predicted to triple in size over the next five years, the most obvious area of interest from a Longevity perspective might be stem cell therapy and the work of companies like AgeX. However, the fastest growing area of this market is chimeric antigen receptor (CAR)-T cell therapy, which is used in the treatment of cancer, and has recently been shown to be beneficial in the specific treatment of older patients.

To date, the US Food and Drug Administration has approved two CAR-T therapies that target liquid cancers, but there is so far no treatment for solid tumours. Multinational start-up EXUMA Biotech is seeking to change that, having recently secured a $19 million Series B funding round for further development of CAR-T therapies for solid tumour malignancies.

EXUMA is led by biotech entrepreneur Gregory Frost, who has spent considerable time studying aging and how it converges with cancer.

“Cancer is effectively a unicellular perspective on immortality, which has broken the social contract …”

“Cancer is effectively a unicellular perspective on immortality, which has broken the social contract,” he says. “So when we look at the ability of cellular therapies to assist in that immunologic process of being able to treat patients and help them from the perspective of aging, I think that cancer is something which is one of the greatest challenges to the Longevity of patients and individuals, because it is the battle against things that happen over time that accumulate.”

Frost points out that, while cellular therapies are really only just starting to be approved for human use, this progress in itself is quite remarkable.

“If I were to have asked someone 15 years ago when we would have approved cellular therapies, they would have chuckled at me and said ‘Let’s talk in 100 years’,” he says. “And I think the speed by which the entire field has moved has been principally based upon the phenomenal efficacy that has been observed in the oncology setting with cellular therapies. It’s really enabled the entire field to move forward and learn from it.”

Prior to EXUMA, Frost had conducted a lot of work in T-cell receptors, which govern how the immune system normally monitors the body for mutations in cancer cells.

“The challenge with these types of therapies have been they were incredibly difficult to make for many people at once from an access perspective,” he says. “CAR-T on the other hand had been tremendously successful in liquid tumours, things like leukaemia and lymphoma, with incredibly impressive results. But translating that to solid tumours could really not be done efficiently – principally because we couldn’t teach T-cells how to recognise friend from foe.”

EXUMA was created to address this problem and to develop smarter cellular therapies that could discriminate between tumour cells and healthy tissue.

“We’ve made some really nice progress in being able to develop a logic gate into a cellular therapy, where its ability to recognise a tumour target will only be armed when it enters into a tumour environment,” explains Frost.

A second area of challenge for cellular therapies that EXUMA is focused on is the manufacturing process, which has typically limited patient access because of the requirement to draw blood, send it to a central manufacturing facility, manufacture the therapy, and then return it to the patient.

“We have been developing a platform that can enable CAR-T therapies to be done in a much broader field of use, particularly as it relates to eliminating that need for the cells to be removed from the patient, shipped to a centre and returned back,” says Frost. “Shrinking that entire timeframe down to something that can be done in an outpatient setting in a day.”

The cost of CAR-T therapies can be prohibitive, running anywhere from $300,000 to $500,000 per patient, not including ancillary hospital costs. Frost hopes that EXUMA’s work can also help bring these costs down by “being able to produce something that can be more readily available outside of just the transplant hospitals where they’re used today.”

“Driving down the cost of goods is something that will be good for everyone, both for the patient, the payer …”

“But also in the context of being able to make it easier on the healthcare costs and easier for the patient,” he adds. “Driving down the cost of goods is something that will be good for everyone, both for the patient, the payer, and just from a general distribution perspective – to be able to get it out there.”

With its rapid manufacturing process planned for US trials as early as next year, EXUMA is also readying its logic gate therapies for the clinic.

“We have one of these which is going to go after some very challenging malignancies such as stomach, ovarian and breast cancers that will be going into the clinic in Asia this year,” says Frost. “I think we’re in a position that we’ll have a very good understanding of how these logic gates are working against solid tumours with trials that should give us a first look by next year.”

With offices in the US, Shanghai and the Cayman Islands, EXUMA has taken a global outlook to its business, which has benefited the company in being able to accelerate the discovery process. And this global outlook also extends to its clinical plans.

“We came to this realisation that on a cancer mortality adjusted basis, there were less than nearly 5% of the number of phase one oncology trials going on in Asia, particularly places like China, than there were relative to the US or Europe,” says Frost, before highlighting the recent alignment of ICH guidelines across the world. “It used to be that you’d develop a medicine for Europe, and you’d have to do very different things for the US and then they’d be very different again in Asia. The ICH guidelines have made the world flatter, such that the global regulatory strategy, even for smaller biotechs, is becoming more practical.”