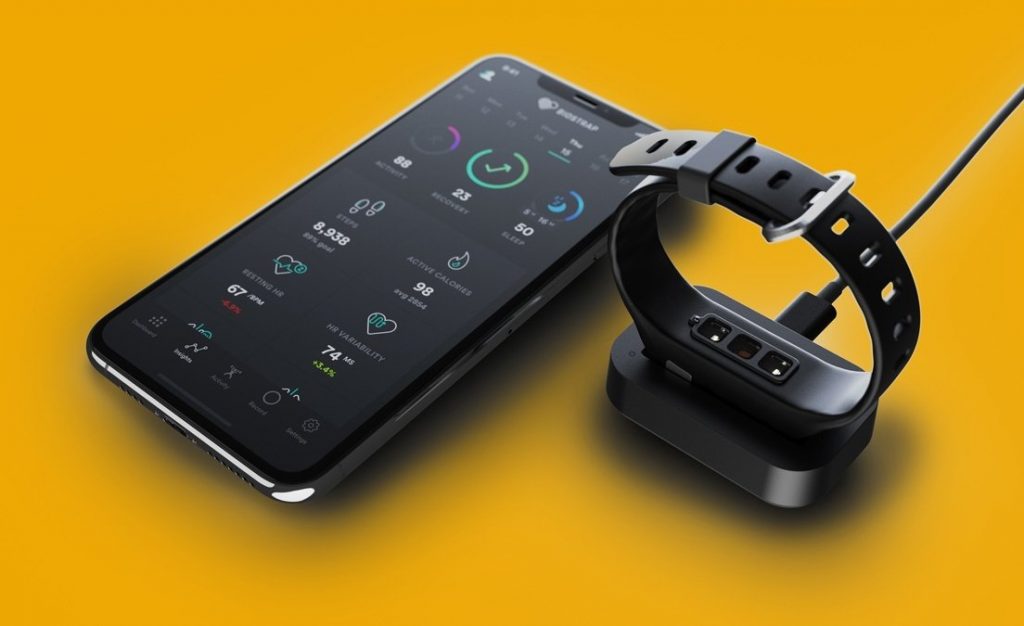 Biostrap raising funds to open up consumer wearable tech for businesses to build their own biometric monitoring platforms.

Since 2016, Los Angeles based wearable tech firm Biostrap has been focused on promoting its biometric monitoring technology to health-conscious consumers. In a change in strategy, the company is now adapting its approach to focus on businesses that want to launch their own customized wearable solutions.

Longevity.Technology: The market for consumer wearable health-tracking technology is highly competitive, so it’s interesting to see an emerging player like Biostrap taking a slightly different route to market. We caught up with the company’s founder and CEO Sameer Sontakey to find out what’s behind the shift.

Like many other wearables, Biostrap uses photoplethysmogram (PPG) technology and other sensors to collect biometric data from a user. PPG involves shining an LED light onto the surface of the skin and then using the amount of light reflected back to measure volumetric changes in blood flow to the skin, which allows the calculation of a wide range of biodata, including heart rate, respiration and more. But Sontakey claims that Biostrap is better than the rest in terms of the depth of insight that it can deliver.

“We’re an algorithms company – the wearable is just a means to an end, a data collector,” he says. “But we couldn’t find another wristband that gave us the level of data, the subsampling frequency, that we wanted, so we had to build it. We spent the last six or seven years working on this and we now have more than 29 different biometric data points that come out of our pulse engine, which is an example of what is possible with raw PPG data.”

“Regarding longevity, small 1% changes amount to huge changes over time … how is your vascular stiffness looking on a day to day basis?”

From a longevity perspective, Sontakey reflects on life in the same way as compound interest. “We can help you catch those bad changes before they become big changes. And there are a lot of things that can be measured by PPG – like arterial ageing, for example, how is your vascular stiffness looking on a day to day basis?”

Sontakey points out that Biostrap uses a proprietary red light sensor, which penetrates up to 10 times deeper than the green light sensors used in most other wearables, and delivers more accurate and reliable biometric measurements.
“Because it penetrates deeper, it’s looking at the arterial PPG not the superficial PPG, and everything comes from that,” he says. “We capture a lot of data that other people discard, and we’ve always had the hypothesis that storing this data could be meaningful later, because we can start creating new biometrics.”
Biostrap is constantly updating and refining its algorithms to provide newer insights or better insights in higher confidence intervals. Sontakey gives the example of a children’s hospital in LA, which has used Biostrap data to invent its own biomarker for sickle cell anaemia using PPG.

“The way we think about data is to get the highest resolution data possible, even if we’re just going to output heart rate, we’re going to try to get the best signal possible every single time, rather than just the bare minimum,” he says.

“I feel we’re just on the tip of the iceberg, and there is so much that is yet to be discovered that PPG can tell us.”

Biostrap’s fixation on high-quality data is a key part of what convinced Sontakey to switch focus to selling to businesses rather than directly to consumers.

There are a number of ways that Biostrap can be used by potential enterprise partners, ranging from remote monitoring of a specific population through to various levels of integration with the company’s hardware and software.

“Essentially, we’re offering everything that we have, including our back-end engines,” says Sontakey. “We can offer hardware, we can white-label parts of it, pretty much anything, so it’s a pretty modular system in that way.”

Another component of Biostrap’s commercial model is something called Biostrap Labs, which is essentially a “product validation” business. Companies can come to Biostrap Labs with products for which they seek to validate certain claims – wellness companies or supplement providers, for example.

“You can think of it as a kind of virtual research,” says Sontakey. “We basically handle the research aspects, selection, inclusion/exclusion criteria, protocol definition, compliance monitoring, all the way to a report. They choose how many people they want, and we go and recruit consumers that are interested.”

“We do it as close to a clinical study as possible – we do a washout period, we have baseline data before we do any interventions, and we definitely don’t tell them what we’re expecting out of the study. Even fully IRB-approved studies are available upon request.”

Biostrap Labs’ most recent study validated the efficacy of the Theragun, a percussive therapy technology from wellness firm Therabody, designed to improve sleep efficiency and quality of life.

Having secured some early enterprise customers, Sontakey hopes to grow Biostrap’s market share, with the goal of becoming a dominant provider of health data metrics in the B2B space. To do this, the company is raising a $1.5 bridge round of financing, ideally from angel investors or high net worth individuals.

“We’re particularly interested in investors with an established interest in biohacking or longevity,” says Sontakey. “We think that having the right investors can actually help us with revenue growth, especially if they’re already in the space.”